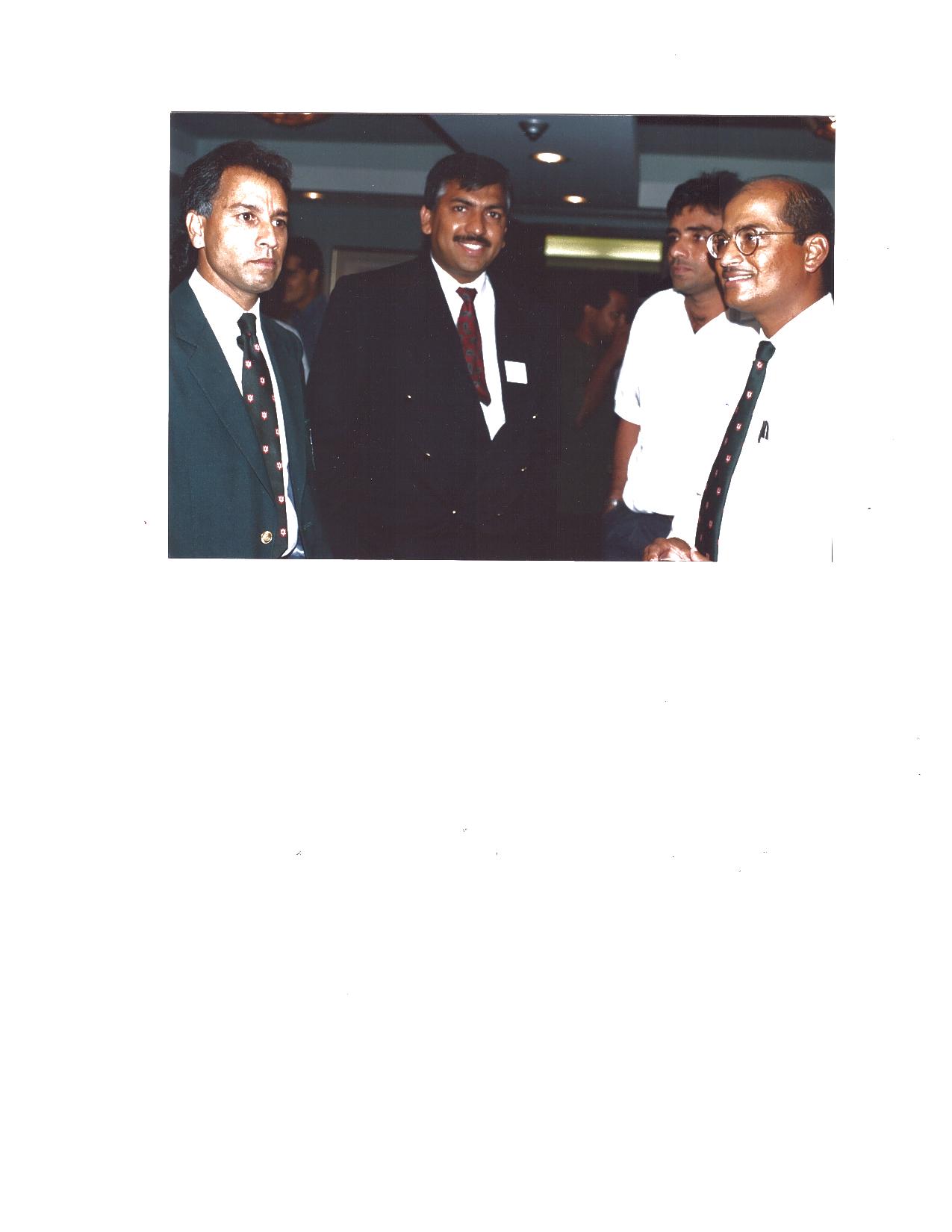 When there were no television replays, a young
Guyanese boy would huddle around the radio
set to listen to a cricket match commentary to get a
ring-side view of the game.
With the luxury of television replays being
unavailable, the young boy would visualize the
game with the commentary, whether it was a tricky
dismissal or a ton.
Dhaman Kissoon was born in Guyana. Despite the
political upheaval for very many within the free spirited
Guyanese population, cricket was their first
love. Time was plenty, and unlike current times,
cricket was not an expensive game, “all that the kids
needed was a bat and a ball.”
A left-handed player is considered an asset in cricket
as he has a sharp advantage over his opponent.
Young Kissoon was inspired by cricketers like Rohan
Kanhai, Sir Garfield Sobers and others who inspired
him to challenge common thought traps and create a
clear sense of his goal.
With a single-minded focus, Kissoon excelled in
sports and academics, which eventually made him
a very successful lawyer in his current country of
residence.
In the Under -19 school cricket in Guyana, Kissoon
fetched the maximum runs, and between 1974-75,
he played briefly with Gandhi Youth Sports Club.
At this juncture, when it was time for young Kissoon
to embark upon cricket as a full-time career, he
found his true calling elsewhere. So Kissoon decided
to choose law over cricket and eventually turned out
to be a leading law practitioner.
Kissoon migrated to Canada in 1976, but his love for
cricket continued, and he immediately joined a club
at Thorncliffe Park.
Even in amateur cricket, Kissoon excelled as an allrounder.
He scored 92 not out against Dovercourt
and claimed five wickets as an off-spinner. Kissoon
also had 142 not out in the Scarborough Softball
league against a team called Rebels.
Though initially for recreational purposes, in 1979,
Kissoon joined the Cavalier Sports club, in Toronto
and District Cricket Association 4th Division.
Soon after joining T &D, the Cavaliers suffered a
setback. The team captain resigned after playing
four games, and Kissoon was the obvious choice to
succeed him.
Page: 14
The situation was delicate, and the team morale
was low. But Kissoon had the conviction to face the
challenge. Under Kissoon’s leadership, the talented
team moved the club to the Third Division the
following year. Kissoon continued to captain the
club for several years. As the Cavalier grew over time,
Kissson’s association with it became stronger. He
was elected the President of Cavaliers Club and took
it to the Premier Division and Woods Cup.
Kissoon also played with the Mississauga Ramblers
and was a vital player of the Ontario Sumer Games
teams in 1981 and 1985. He also captained the
Ontario cricket team in the Ontario/Quebec Annual
Game. As a law student in the UK, Kissoon played
for the University of Kent and the village cricket in
Canterbury. In the UK tea and cucumber sandwiches
are quite common. This is often followed by a pint or
two of the finest ale.
Kissoon has been highly successful in team
environments dealing with people, but when it
came to cricket administration, he realized that it
was not easy to be innovative as there were too many
“deal makers. “These people, who in my view did
not have the interest of cricket at heart, they were
more concerned with their regions than Canadian
cricket.”, recalls Kissoon about his tenure as the
Director of the Canadian Cricket Association.
A born winner, nothing is more expensive than a
missed opportunity, feels Kissoon. With the love
of cricket intact in his heart, Kissoon believes that
Canada has lost many opportunities. “In Canada, we
have missed too many significant opportunities over
the years. In 1989 I believe there was the first United
Way Exhibitio Match at the Skydome, featuring the
then world champions West Indies against a star
studded Rest of the World XI. The match was sold
out. All levels of government were on board. Instead
of building on that momentum, infighting became a
priority”.
Though not actively involved in cricket currently,
Kissoon is one of the Maple Leaf Cricket Club’s
trustees.
Kissoon decided to be true to himself and listen to his
voice. In his search, he found golf to be a wonderful
metaphor for life where he is playing against none
but himself, just like his idol Gary Sobers.
“It was in the country of my birth that I learned
the value of giving back to the community,” asserts
Kissoon.
Kissoon’s greatest source of happiness is to help others.
The Kissoon Annual Charity Golf Tournament
raises funds for those in need in Guyana, Canada and
other parts of the world.
It is a strong sense of place and of a home that unifies
the Guyanese population.
A sportsman at heart, Kissoon concludes,” Old
cricketers never die; they just run out.”