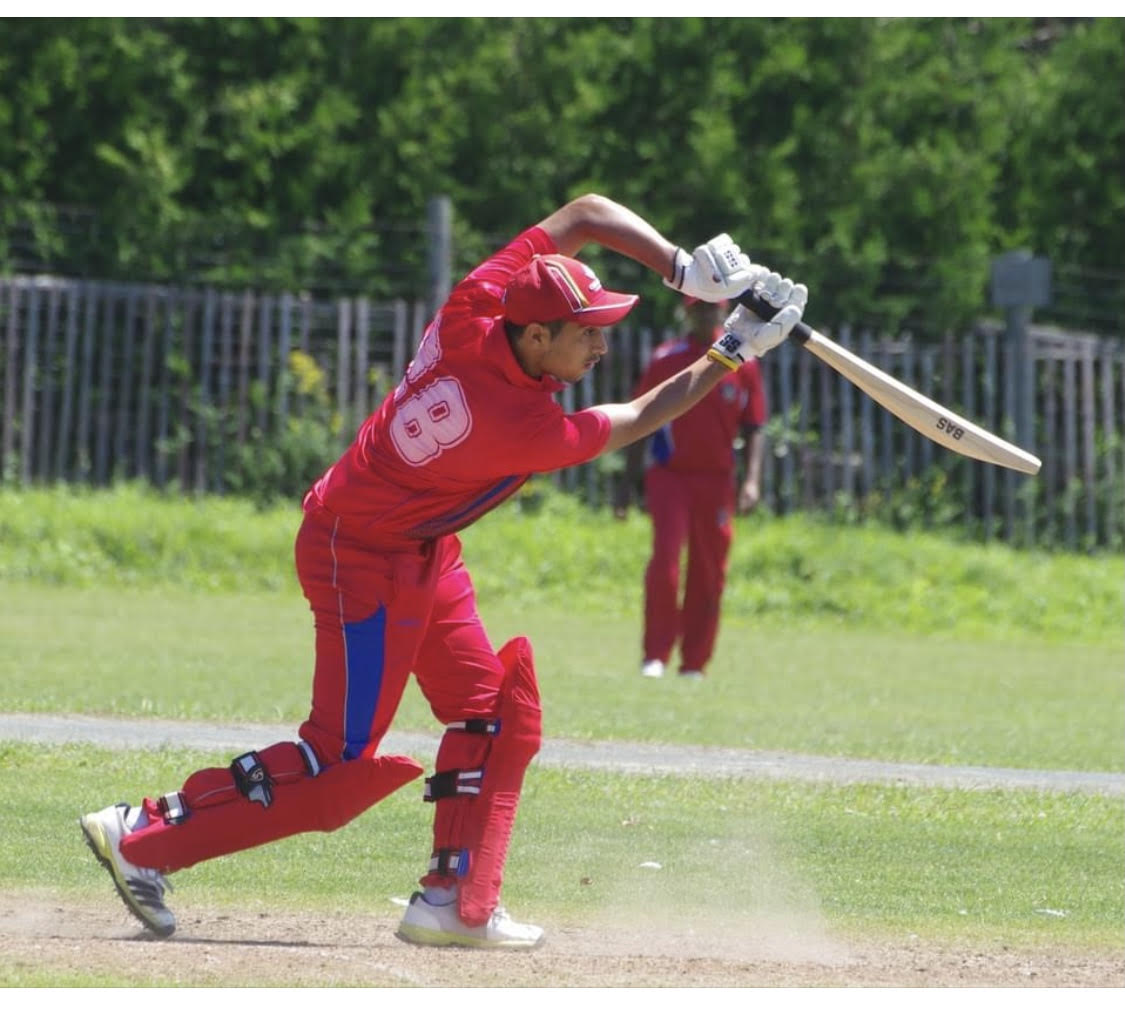 Born on Dec 28, 1994 in Chandigarh, India, the homeland of the famous clan of Bollywood film stars
who share his surname, Armaan Kapoor was just a nine year old when his family immigrated to Canada
in 2004. By then Armaan had already become very interested in cricket. It therefore, wasn’t much of
a surprise that within three relatively quick years and by the time he was 12, he’d become actively involved
playing League and hardball cricket in Canada, his newly adopted home.
Armaan’s early involvement was initiated by Salman Arshad as the first person
who actually took him to play for the Brampton Masters U17 when was
12. His development as a cricketer since then also benefited from the
involvement of the late Johnny Bujan, as well as the current Toronto &
District League President and Cricket Canada Director-At-Large
Mohammad Shaikh. Those two were the biggest supporters
and influencers of Armaan’s impressive progress through
the early years of his Canadian career.
Such progress included his participation in the
2013 National Cricket League Tournament
which provided him with the opportunity to
play under the leadership of then Canadian
National players, Ashish Bagai and Zubin
Surkari. An experience which Armaan
credits as having served as a tremendous
booster to his further development.
As a right-handed middle-order wicketkeeper
batsman, Armaan now plays his
Club cricket for the Mississauga Dolphins
in the TDCA and other Leagues around
the GTA. To date his most outstanding
achievement as a cricketer has been his
selection as a member of the 2013
Canadian 2013 ICC U19 World
Cup Squad.
Page: 12
Armaan made his Canadian U19 debut on July 13 at King City agianst the USA. In the ten matches he
subsequently played, as a member of the Canadian U19 team, he recored two fifties. He scored 64 during
Canada’s 2013 Qualifier against Bermuda, which won him the Man Of The Match Award and also secured
Canada’s qualification for the 2014 ICC U19 World Cup. He follwed that half century with an even better
69 against the same opponents in the return fxture a day later.
Armaan was the vice captain of the Canadian U19 team for
the Americas Qualifiers and as well for the 2014 World
Cup that was played in UAE. His youth ODI debut
was against Zimbabwe on Feb 14, 2014. He was also
recently selected to the Canadian ICC Challenge
League Squad.
Now obviously definitely on the Canadian
Selectors’ radar screen, Armaan Kapoor hopes to
make his National Senior Team debut and don
his Canadian cap very soon. If and when that
honor is provided to him, he fully intends to
make the most of the opportunity by performing
to the very best of his batting talents with which
he has been abundantly blessed.
Definitely a future exciting Canadian National
cricket career in the making and one that will
indeed be “One To Watch!”