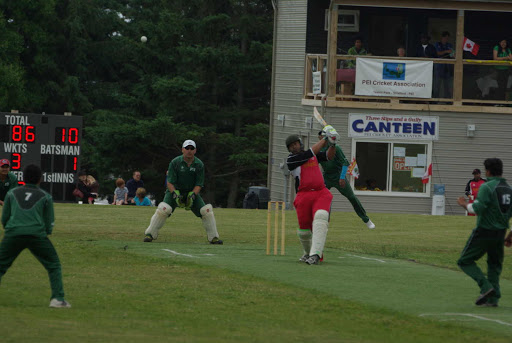 Another Year Of Encouraging Growth For Prince Edward Island Cricket!

2020 was another year of growth for the Prince Edward
Cricket Association (PEICA), in key areas, including player
involvement, community recognition and governance.

MEMBERSHIP
We had 125 senior registered players in 2020 for our outdoor
league, which is an increase from 2019.
GOVERNANCE
We had Our AGM on September 2020 where Tazul Riad
Elected as President, Parth Patel (Vice President), Kense Philip
(Treasurer), Arun Kumar (Director), Sunny Chouhan (Director)
Our AGM is scheduled for 2021, with a director positions on
the board available for election this year.
We have updated a number of updated documents,
including; by-laws, constitution, code-of-conduct and
discrimination and inclusion policies to our members at the
meeting for adoption and acceptance.
There has been a significant amount of work put into these
documents, some of which have not been updated since the
foundation of the organization, and we believe this will greatly
improve the structure and adherence to guidelines within the
organization.
But in 2020 due to Covid 19 we were unable to do any indoor
Cricket Activities.

Our primary goal remains developing cricket
on a grassroots level. We continue to initiate
connections to schools and summer camps to
introduce Island youngsters to the game. We
made significant connections to University Of
Prince Edward Island (UPEI) and Holland College
Student. There are more than 100 students
currently playing in different clubs. Unfortunately,
this sector got affected due to Covid 19 and
couldn’t run any in person coaching session or
seminar to attract new members.
CRICKETING ACTIVITIES
2020 was tough year for any sports worldwide due
to pandemic and Canada was in no difference.
But we were one of the luckiest provinces in
Canada where we were able to start the league
end of June 2020 where our regular season starts
in May. But we were still able to play 113 league
matches in that short but competitive league.
We also hosted Maritime Cup in PEI organized
by PEI Cricket Association supported by Cricket
Canada. New Brunswick and Nova Scotia
were other two provinces who attended the
tournament.
Our local league structure shifted to club structure
in 2019 where three teams were available to
compete. In 2020, number of clubs increased
from three clubs to six clubs. We see significant
number of motivated members to keep the
league on track. All round, there was definitely a
marked difference in the quality and competitive
nature of the games, which was great to see.
We have played around 113 matches in the
league which was loved by the members and
have improved our players and league quality.
We were very pleased with the performance of
the provincial team at the MaritimeT20, this past
year. While unfortunately we couldn’t make it to
the final due to net run rate.
DEVELOPMENT & COMMUNITY
ENGAGEMENT
We ran a tape tennis tournament to keep the
cricket PEI members engaged and motivated.
We ran this tournament at the end of 2018
and 2019 which created awareness towards
PEI cricket lovers and increased the significant
number of memberships.
CHALLENGES
As always, membership turnover, while increasing,
remain an issue. Most of our members are
immigrant and they tend to leave the province
after immigration. Membership turnover, and as
such player fees collected, are understandably
smaller than other provinces, so we continually seek
sponsorship and fundraising opportunities, which in
turn limits the time and resources we can spend on
the implementation of our development strategies
for the game on the Island.
Awareness of the game on the Island has increased
dramatically; however, we need to be able to
implement more programs for Island youngsters
to grow the association to the next level. We are
woefully short on the children’s equipment needed
to do this, and this is an issue that needs addressing
before we can push this program further.
We also need to have more training available to
those who wish to get involved in the game on a
basic level, and to do this we need more coaches.
We currently only have 1 provincially recognized
coach and would like for him and others to be able
to take coaching courses.
SOME KEY WORKS ALREADY DONE IN
2021:
• We have made PEI Cricket Association as a nonprofit
organization. Previously it was co operative
• Our application under process for PSO in PEI.
• Created one Job for PEI Cricket Association
under youth Job placement program run by federal
Government
• Started Kids program once a week by our coach
with tape tennis ball and slowly build them for
leather cricket ball.
• In the process of PEI Cricket Women’s team and
already 10 girls signed up for that.