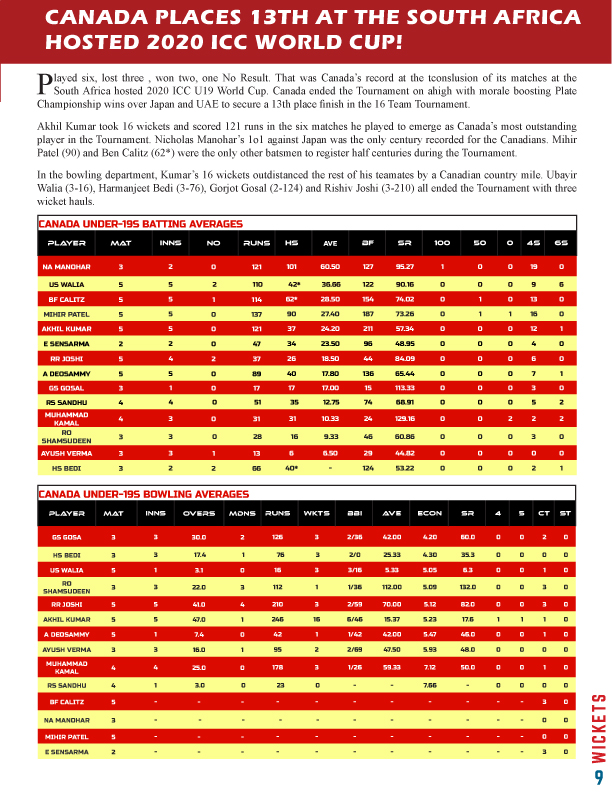 Played six, lost three , won two, one No Result. That was Canada’s record at the tconslusion of its matches at the South Africa hosted 2020 ICC U19 World Cup. Canada ended the Tournament on ahigh with morale boosting Plate Championship wins over Japan and UAE to secure a 13th place finish in the 16 Team Tournament.

Akhil Kumar took 16 wickets and scored 121 runs in the six matches he played to emerge as Canada’s most outstanding player in the Tournament. Nicholas Manohar’s 1o1 against Japan was the only century recorded for the Canadians. Mihir Patel (90) and Ben Calitz (62*) were the only other batsmen to register half centuries during the Tournament.

In the bowling department, Kumar’s 16 wickets outdistanced the rest of his teamates by a Canadian country mile. Ubayir Walia (3-16), Harmanjeet Bedi (3-76), Gorjot Gosal (2-124) and Rishiv Joshi (3-210) all ended the Tournament with three wicket hauls.