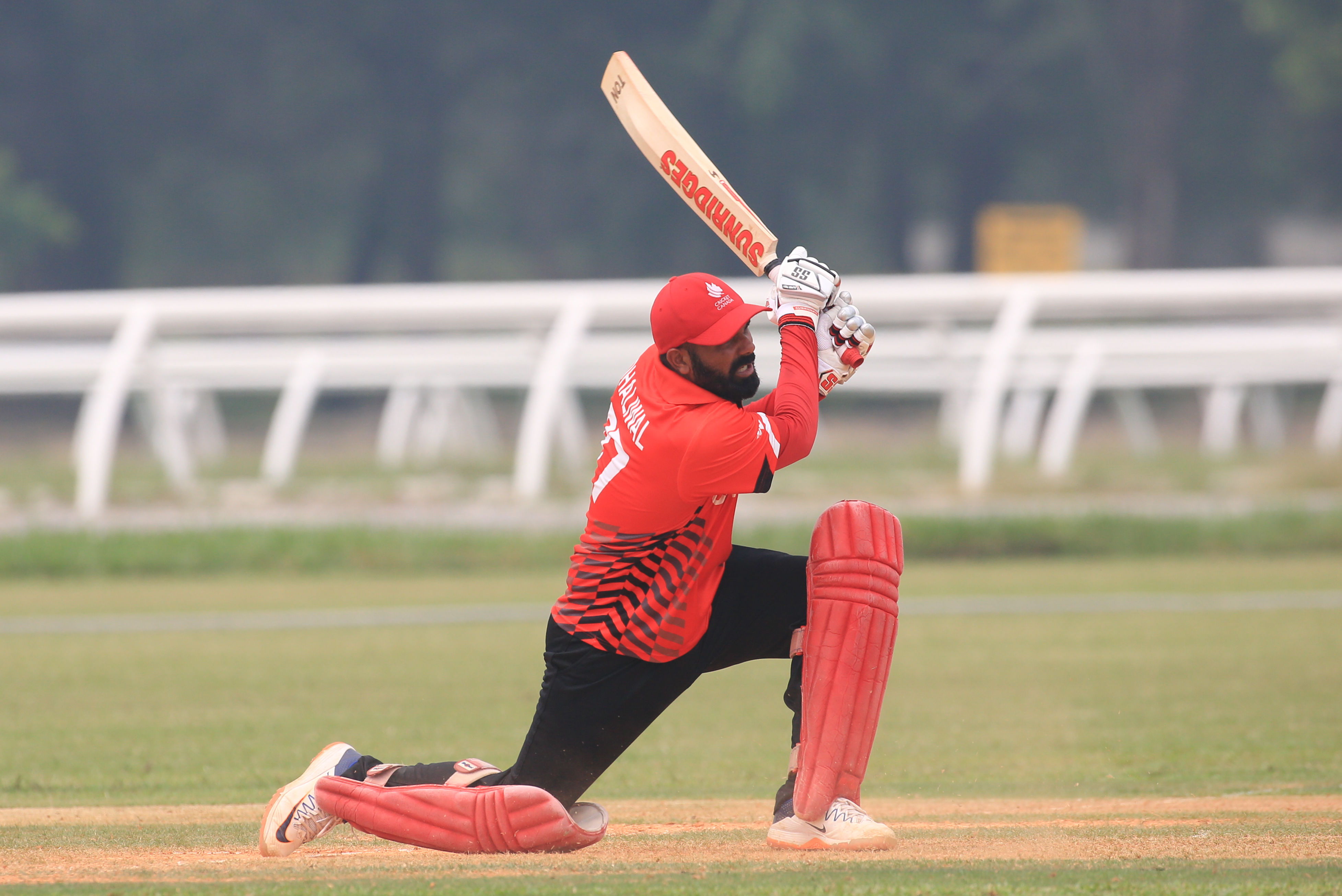 Powered by a monumental 94 ball 140 by their Captain Consistent, Navi Dhaliwal, which was ably supported by a trip of half centuries from Ravinderpal Singh (94), Rodrigo Thomas (62) and Nitish Kumar (60) Canada recorded a massive 206 run victory over their Malaysian hosts in their September 19, 2019 CWC League Group A Challenge played at Kuala Lumpur. Batting first Canada scored 408/7 from its 50 overs then bundled their hapless hosts Malaysia for 202, less than half their tally to record a most impressive win.

Batting first, after having been sent in by Malaysia, Canada’s openers Rodrigo Thomas and Navineet Dhaliwal posted 140 for the first wicket off just 22 overs. Thomas’ aggressive 62, which was made off of 67 balls with 5 fours and 6 sixes, was a most welcome return to form for the St Vincent born opener. His last outing had ended in a first ball golden duck and the returns from his recent innings had been worryingly bingoesque. He would have been disappointed at not having carried on to a century, but must have been well pleased by his efforts before falling caught and bowled to Anwar Rahman.

Thomas was replaced by Nitish Kumar who with the rampaging Dhaliwal added another hundred runs in just 8 overs, as Canada progressed to 240 before the loss of its second wicket. Dhaliwal, having compiled his boundary studded, 8 fours and 13 sixes laced 140, was eventually caught by Suharri Fetri off Norwira Zazmie’s bowling.

Srimantha Wijeyeratne then hit a quick fire 18 ball 15 before being caught by Virandeep Singh off Dhivendran Mogan. His departure signaled the arrival of Ravinderpal Singh to join Nitish Kumar. The pair then added 25 before Kumar became Fetri’s second victim, caught by Muhamad Syahadat for 60, made off just 5o balls and including 5 fours and 2 sixes.

Singh commandeered the remaining available overs, scoring 94 off just 46 balls with 5 fours and 9 sixes to help Canada reach 408. Singh was the seventh batsman out, caught by Virandeep Singh off Mogan on the very last ball of the innings as Canada closed on 408/7 off its 50 overs.

Set 409 for victory at a required astronomical run rate of 20 runs per over, Malaysia were never ever in the hunt losing wickets at far too frequent intervals. Ahmed Faiz 41 (55), Virandeep Singh 35 (67) and Aminuddin Ramly 25 (35) were the only contributors of note as the Malaysian innings eventually folded for 202 all out after 46.3 overs in the face of the Canadians’ persistently steady bowling.