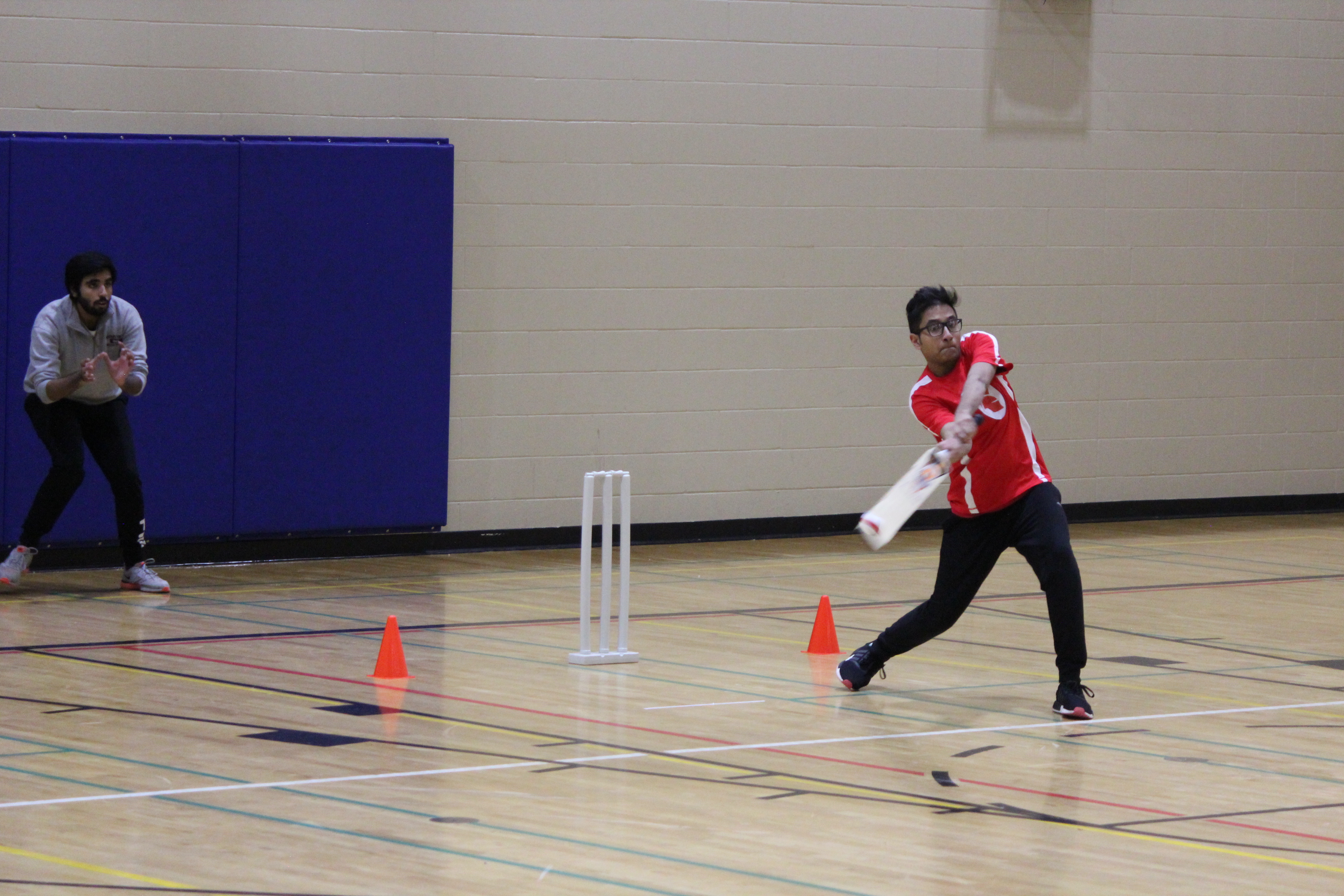 It was the first time our online scoring platform, Cricclubs.com/canadiancollegecricket, was used in an OCR tournament. Humber College has been a great ambassador for CCC and is the current Champion of the Men’s National Championship, held last month.

The University of Toronto Scarborough Campus Intramurals are well underway. All their games can be followed on Cric Clubs. UTSC Cricket won the best club of the year at the Night of Recognition. Upon this success, UTSC has manifested into hosting exhibition series and inviting other schools. On October 16th, they invited Wilfrid Laurier University to host a two match series at the Pan Am Centre. Wilfrid Laurier the Semi finalists of the 5th Men’s National Championship won both games with Bashar Ashfaq as the MVP of the series. The games were livestreamed on the UTSC Facebook page. UTSC will be inviting other institutions to compete in the future.

Ryerson Rams and Wilfrid Laurier clashed off in the Semi Finals of the Mid West Regionals. The final was rained out but will be completed at the American College Cricket National Championship during the US Spring break, in March 10th - 15th. Viplav Naik the Captain of the Ryerson Rams is a potential MVP of the tournament, while Bashar Ashfaq and Jaiv Patel from Wilfrid Laurier are candidates for best batsman.

Humber College were victorious in the North East Regionals placing as Champions, while CCBST finished 2nd. Yug Rao received the Best Batsman award of the tournament. Emmanuel Khokar – The best batsman of the CCC Men’s National Championship had outstanding performances in the tournament, scoring 200 runs in 3 matches. Meet Patel from Humber College led his team with the bowling attack.

The Canadian College Cricket All-Star Series will be taking place in early 2020. The annual series will be held against the American College Cricket All-Star team. A high performance camp will be held in Toronto, to train student athletes who intend to improve their game. The High Performance camp will be organized by Coach Atif Iftikhar – Head Coach of Canadian College Cricket. Atif Iftikhar is a Level 2 certified coach from Cricket Australia, and Pakistan Cricket Board. Atif is a former UAE National player, and CCC is lucky to have him.

The Laurier Cup Women’s Cricket event will be taking place on November 2nd at Wilfrid Laurier University! The tournament will be hosting Ryerson, UTSC, Laurier, and a combined Canadian College Cricket Women’s team. The tournament will be held with an indoor format and provide our Women Cricket athletes an opportunity to have fun, enjoy the game and compete!

University of Toronto St.George Campus will be visiting Ryerson University for a two match exhibition series on November 5th!