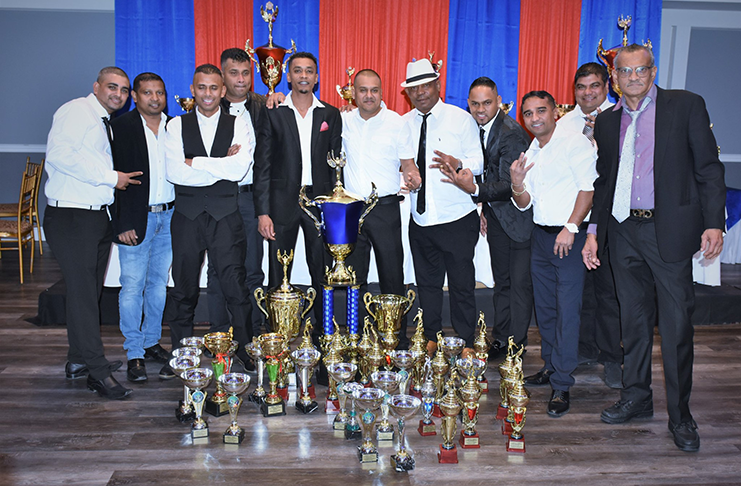 WHILE there’s every likelihood of a shortened hardball season throughout Ontario, there’s gloom among softball officials and players
since the four major associations have called a halt to proceedings for the 2020 season.
BY FREDERICK HALLEY
The Ontario Softball Cricket League (OSCL), Ontario Masters
Softball Cricket Clubs (OMSCC), Ontario Roundarm Softball
Cricket Association (ORSCA) and the Canadian Softball Cricket
Association (CSCA), mindful of the current Covid-19 pandemic,
which has played havoc with sports activities around the world,
have decided to cancel their 2020 season.
According to a release from the OSCL, “our main priority is the
well-being of our players and their respective family members.
We have taken all possible scenarios into consideration and
decided it’s the best option to be safe than sorry.”
OMSCC President Azeem Khan pointed out that In light of the
ongoing impact of COVID-19 and the most recent decision by the
provincial government not to include Toronto in outdoor sports
team activities, his board has made the difficult decision to cancel
the 2020 Season.
ACCORDING TO KHAN, THE DECISION WAS BASED ON THE
FOLLOWING:
1. The number of weeks elapsed since the normal start of the
season
2. Recently released guidelines that places a limit on the number
of participants, ten or less for training purposes
3. No “matches” or team sports are permitted at this time
4. Mandatory Health and Safety Guidelines to be complied with
ORSCA Vice-President Mitch Bacchus pointed out that in view of
the prevailing circumstances, his board executives had taken the
decision to cancel the season out of an abundance of safety for
its players.
Bacchus disclosed that the Board’s decision was made in
accordance with the Ontario Provincial guidelines. He further
urged players to stay safe and ORSCA is looking forward to the
2021 season.
CSCA president Rishi Mohan, in an invited comment, pointed
out that most of the teams in his association were in favour of
cancelling the regular season and the executives complied
with the majority decision.
Mohan said CSCA was aiming to introduce white balls for
Second Division teams in the 2020 season after a successful
introduction for Division One teams in 2019 but their efforts
have been thwarted by the pandemic.
Mohan however disclosed that CSCA is planning to stage some
special one-day tournaments such as T10, T15 and 100-ball
during August-September, once teams are willing to participate.
Meanwhile, the newly-formed Canada Premier Softball Cricket
League (CPSCL) which had previously said it will continue to
monitor and follow local and national health directives while
preparing to open its inaugural season, has also made a
decision to suspend its season.
According to President Patrick Singh, “we are cancelling the
season with a small window opening for a one-day knockout
tournament in August, subject to the players consenting.
Singh said the feedback from teams was poor, hence the
League had no choice but to cancel the season

A brighter Future Has Dawned For Canadian Cricket!