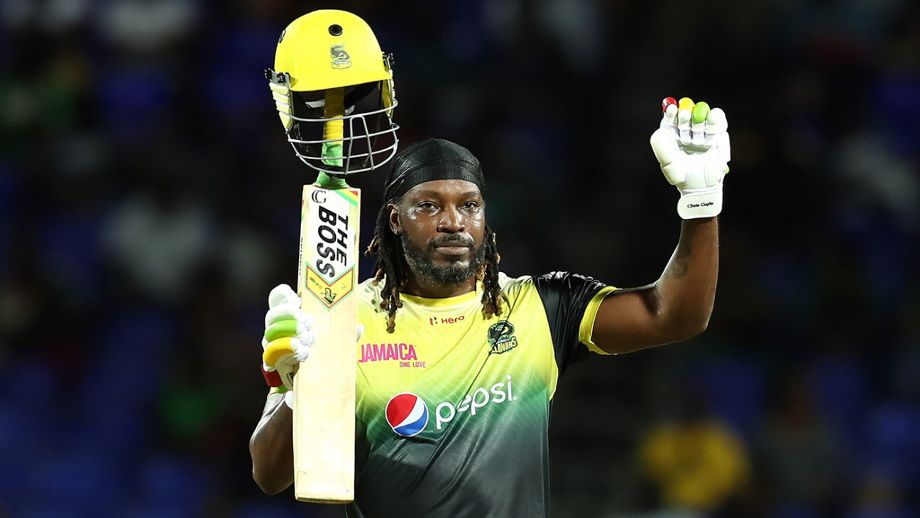 Australia batsman Chris Lynn, Afghanistan
spin twins Rashid Khan and Qais Ahmad,
and South African batsman Rilee Rossouw
have been picked up by various franchises
as overseas signings ahead of the CPL 2020 players’
draft. The draft, which was scheduled to be a virtual
event due to the Covid-19 pandemic has attracted 537
players.
Lynn has been signed by St Kitts & Nevis Patriots, while
Rashid has been snapped up by defending champions
Barbados Tridents. Rashid’s Afghanistan team-mate
Ahmad will play for Guyana Amazon Warriors while
Rossouw has been hired by St Lucia Zouks. These
signings were possible only because for the first time
the CPL allowed the six franchises to sign overseas
players outside of the draft.
Other foreign players that are understood to have
been signed include New Zealand wicketkeeper-batsman
Tim Seifert (Trinbago Knight Riders), South Africa
wrist-spinner Tabraiz Shamsi (Jamaica Tallawahs), and
his national team-mates Anrich Nortje (Zouks) and
Rassie van der Dussen (Patriots).
As for the draft itself is concerned, players from 23
countries, outside of those from the Caribbean, have
registered, including two names from India. Forty-eight year-
old Pravin Tambe, the former Mumbai legspinner, is
the oldest player in the draft. He had recently played the
T10 league in 2018 for the Sindhis and was a regular in the
Rajasthan Royals line-up between 2013 and 2015. More
recently, Tambe was picked up by Kolkata Knight Riders
at the 2020 IPL auction, but was forced to withdraw later
after the BCCI pulled him up for playing in unsanctioned
cricket leagues like the T10. Asad Pathan a hard-hitting batsman, who had played for Royal Challengers Bangalore in the IPL, is the other Indian in the draft. The 36-year
old is part of the cluster without a base price.
Former Pakistan captain Shahid Afridi is the only player listed in the highest base price bracket of USD 160,000
while England’s World Cup-winning captain Eoin Morgan features in the USD 130,000 bracket. Morgan’s England
team-mate Tom Banton, New Zealand seamer Tim Southee, and Australia allrounder Ben Cutting have been
slotted in the USD 110,000 bracket.
Some of the other noteworthy players that have registered for the draft include South Africa batsmen Faf du Plessis
and David Miller, Afghanistan allrounder Mohammad Nabi, Australia batsman D’Arcy Short, Nepal legspinner
Sandeep Lamichhane, Afghanistan spinner Mujeeb Ur Rahman (all USD 90,000).
Former West Indies T20 captain Carlos Brathwaite, who had captained the Patriots in the 2019 CPL, features in
the USD 70,000 bracket with England batsman Alex Hales while South Africa strike bowler Kagiso Rabada along
with Pakistan’s left-arm fast bowler Shaheen Shah Afridi are listed in the USD 60,000 bracket.
Just a day before the scheduled draft CPL icon Chris Gayle had announced his decision to opt out of the 2020
Tournament. Gayle communicated his decision on Monday to St Lucia Zouks, the franchise he was going to play
for in this CPL, saying he would not be available to play due to personal reasons.
Gayle’s decision was confirmed by the Zouks franchise. It is understood that in his email Gayle pointed out that
due to the lockdown, he has not been able to meet his family and his young child who are in St Kitts while he has
been in Jamaica. Gayle said he needed a break and wanted to spend time with his young family.
Gayle signed up with Zouks in April after an acrimonious fallout with Jamaica Tallawahs, where he had returned
in 2019 for a second stint. The Zouks would have been the third team Gayle would represent in the CPL after two
stints with Tallawahs (2013-16 and 2019) and a two-year stay with St Kitts and Nevis (2017-18).he Zouks franchise saw a change
in ownership this February after
it was bought by KPH Dream
Cricket Private Limited, which
also owns Kings XI Punjab in
the IPL. The franchise also made
changes to the coaching staff,
appointing former Zimbabwe
captain Andy Flower as the head
coach.
As for the availability of all others
that had registered for the draft,
the only question mark remains
over the players picked to feature
in the series between England
and Pakistan scheduled between
August and September. Those
players have notified the CPL
that international cricket would
remain their preference.
The CPL has told all franchises
to assemble their squads from
August 1 with the players and
support staff having to undergo
two-week period in quarantine
before the tournament
CPL organisers had earlier
confirmed their intention to
stage the competition entirely in
Trinidad & Tobago between August 18 and September 10. The competition will be played, subject to government
approval, behind closed doors with the top-paid players expected to accept a salary cut of up to 30% when compared
to 2019 levels. There will be no salary cut for players below the US$20,000 bracket.
Players are currently required to arrive in Trinidad by August 1 in order to satisfy the quarantine period mandated
by the Trinidad & Tobago government. There is a possibility this quarantine period could be lifted, at least for
visitors from certain nations, in due course.
With a smaller window available for the tournament, it will feature double-headers on Tuesday, Wednesday,
Thursday, Saturday and Sunday and only three matches - two semi-finals and a final - in the play-offs rather than
the usual four. Games will start at 10am and 5.30pm during the week and 10am and 2pm at the weekends.
All players will stay in the tournament hotel in conditions overseen by a medical advisory committee. Match
officials will also be expected to take a 30% pay cut. Most CPL staff have already done so.