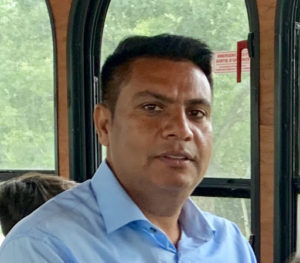 Paramjit Shahi had been a passionate cricket follower throughout his life. He respects the game as a player and has always wished for the betterment and development of cricket generally and specifically in Manitoba.

Paramjit has been associated with cricket Manitoba both as a player and as a well wisher. He has been working at different levels in the community for the advancement of the game. His involvement to date has included working with different levels of Governments to secure a prime location for the Bridgewater cricket ground along with two practice nets. He provided efficient financial management while generating over $70,000 in funding for the project.

As the continuation of his dedicated efforts, he also played an active role in securing the allocation of two grounds at La Barrier Park and arranged for associated funding of approximately $50,000. The two grounds were subsequently successfully used for organized matches during last year’s 2019 cricket League Season.

While making efforts toward the complete elimination of the immigrant sports label that has unfortunately, often been associated with Canadian cricket, and as a means of making it far more inclusive of all Canadians, Paramjit volunteered as a Cricket Convener at the Waverley Height Community Centre. His efforts recently bore fruit in the form of $70,000 in provided Provincial funding towards the establishment of coaching classes for under 19 players. The coaching classes are targeted towards promoting the game at the pre-school and early age levels, as a means of engaging talented Canadian youngsters at the right age and time.

Paramjit’s tireless support and dedicated efforts towards the further advancement and development of Manitoba cricket, have been continuous. He is currently working on securing the allocation of a third playing field at La Barrier, in addition to the construction of an onsite pavilion at the ground. He has also arranged for funds to plant trees towards the La Barrier ground’s landscaped beautification.

Paramjit Shahi has always aimed to play a positive role in providing unbiased feedback and advice, while sorting out and streamlining the various administrative issues involved in his management of Manitoba’s League cricket. He has also always been able to come out in support of decisions that have been made purely for the betterment of cricket, by remaining above the far too often prevalent petty Club politics.

Paramjit’s primary wish would now be to further evolve and improve the administrative management of cricket Manitoba to more effective and efficient standards. He wishes to introduce an all-inclusive approach to solving various issues related to cricket and to implement further improvements in transparency and accountability, while dealing and deciding on important issues involving cricket Manitoba.