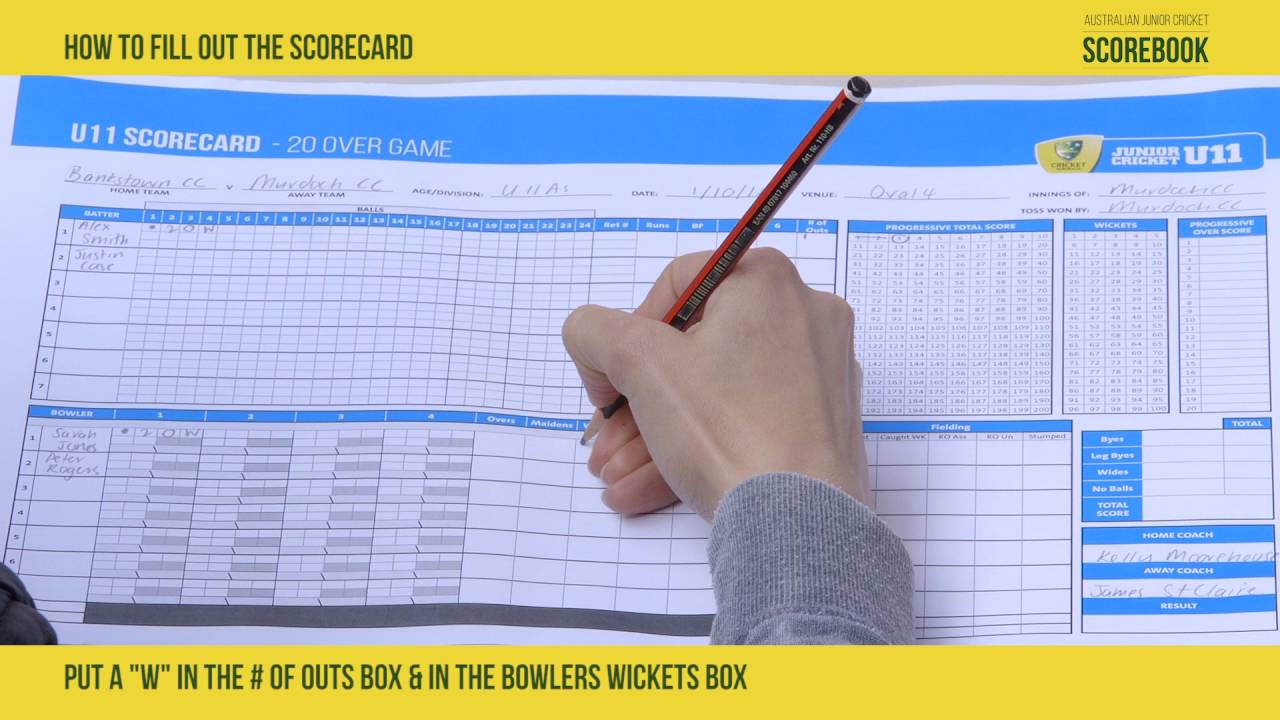 Find out which batsman is facing the first ball and write his name down as Number 1 Bat. The next batsman is obviously Number 2 and you can also write his name down in the space provided. Sometimes you will not get a positive answer from the batsmen about who is going to face – comments like “We’ll decide when we get out there” etc are common. If so just work out which is which, and watch where they take guard.

Ask for the name of the opening bowler and write his name in the space for the first bowler and so on.

When the game is about to commence the Umpire will wave to the scorers and you should acknowledge by returning this wave and note the time as the start of innings.

Good scorers will check the time with the Umpires before the game starts and then everyone has the same time – if you don’t have official Umpires, use your own watch.

Write the time for the start of the innings next to the first two batsmen as being the time they both started to bat and the innings commenced. As each new batsman goes in you should write their time in the space provided and when they are out write the time out in that space as provided also.

It is your responsibility to ALWAYS acknowledge all the Umpire’s signals throughout the match. Keep the signal(s) simple – just a wave by one arm above your head - complicated movements might cause the Umpire to think there is a problem off the field.

Note: There could be more than one signal. eg. A boundary four off a no ball. In such cases you must acknowledge BOTH signals

Women’s Cricket Once Again A Part Of Superstars Sports Club