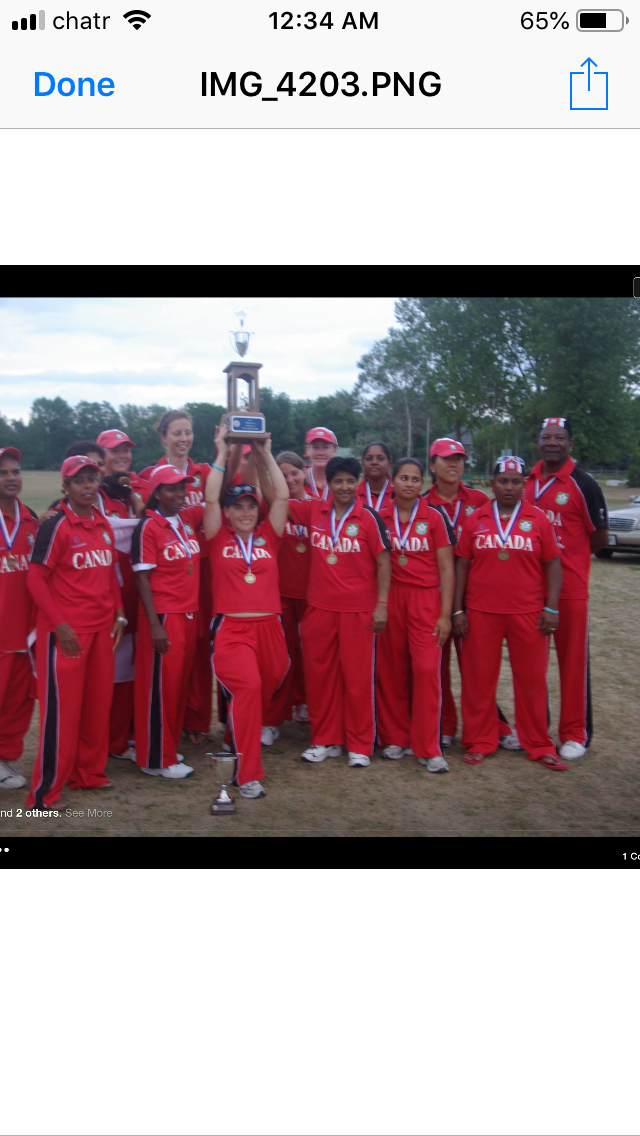 Women’s Cricket Once Again A Part Of Superstars Sports Club

.
Formed initially in 1969 and having existed for almost a decade as the Islanders Cricket Club, Superstars Sports Club eventually became an entity in 1978. As the Islanders the Club had competed in the Labatts League but it was as Superstars that it would later in 1983, also join the Toronto & District Cricket League. Superstars did however also continue to field competitive teams in the Labatts League which by then had undergone its own name change becoming Commonwealth in the process.
As a cricket club Superstars now has three men’s teams, that same number of junior teams, as well as one Women’s team. The club’s player rosters are comprised of about 40 adult males, 35 junior males and 20 female players.

Of the three Men’s teams one plays in Division 1 of the Scarborough Cricket League. The other 2 teams play in the Brampton & Etobicoke District Cricket League’s (BEDCL) Division 2 as well as its annual T20 Competition.
Superstars’ Junior Boys Program currently features three teams at the U16, U14 and U12 levels all under the watchful tutelage of the Club’s Junior Coach Abdul Samad. All three Superstars junior teams compete in matches organized by the Toronto and District League.
During the off season winter months the Club organizes training and practice sessions for all of its players. Understandably, as a result of COVID 19 restrictions no such sessions were hosted this past winter.
Superstars Women’s Cricket program is managed by Coach Frank Persaud, The team plays in the Scarborough and Mississauga League. Coach Frank Persaud was in 2005 appointed to coach the Toronto Ladies Cricket Association, which eventually went on to win the 2007 ICC American’s Championship.
Women’s cricket was initially adopted by Superstars in 1992 under the guidance of Ave Mogan. That initial effort lasted for approximately five years until 1997 before it died. Mogan was again at the helm when the Club’s Women’s Program was resurrected in 2003. From 2012 to 2015 Superstars’ ladies competed fiercely with three other Women’s teams in T&D League. The Club won one Championship during those four years.

Ave Mogan is of course synonymous with women’s cricket in Canada, having become the first woman to be inducted into Canada’s Cricket Hall of Fame. Credited with establishing and being the co-founder of organized women’s cricket in Toronto, Canada, Mogan was at age 17, to participate in the Toronto & District Association (TDCA) Men’s League in various divisions. She also skippered Canada’s first-ever national women’s squad in 1996, had the honor of leading the team in 2005 and 2007 and was vice-captain of the North American Women’s cricket team in 2003

How Do You Develop A Winning Strategy?