Members of The Board of Cricket West Indies (CWI) gathered for their quarterly series of meetings at the Sandals Grande Resort in Antigua, on June 8 and 8th. At the two-day Directors’ Meeting, the following reports were received and decisions made:

An update was given by Director of Cricket Jimmy Adams, and CEO Johnny Grave, on various matters related to the preparation and operation of Team West Indies, including the pre World Cup tour to Ireland to participate in an ODI Tri-Series with Bangladesh and Ireland. Directors expressed overall pleasure at how the team and its management had been working together and performing. President Skerritt expressed pleasure in receiving positive feedback from numerous and varied stakeholders about the apparent commitment and aggressive style of play of our players. He said that fans and past players alike were relieved to see the team name had been rebranded as “West Indies”.

Mr. Adams also reported on the Women’s team tour to Ireland and the UK. He said the Ladies had performed impressively in Ireland, but as expected were encountering much more of a challenge against the highly-ranked England women’s team. Directors expressed the need to find funding for further investment in Women’s cricket development so as to uncover and prepare a wider pool of competitive female cricket talent.

Vice President Dr. Kishore Shallow reported on his trip to Ireland as guest of the Tri-Series organizer where he engaged with Irish cricket officials, and the West Indies Team Management, Captain, and players. He expressed pleasure at his visit to Cricket Ireland’s High Performance Centre which he felt was employing some useful best practices for possible adoption here. The Vice President also updated the Directors on progress made at two meetings already held by the Team Selection System Review Task Force.

The Director of Cricket expressed satisfaction with the impact of the three-week High Performance Camp for outstanding young players. President Skerritt reiterated the new Board’s policy of giving greater priority to, and increasing investment in cricket development. He expressed pleasure in his recent visit to the camp and his interactions with the youngsters.

The Directors received a report from CEO Johnny Grave on matters related to finalization of venues and approved the proposed Tour Schedules for visits of both the India senior and India A teams.

India A will play five one-day and three four-day games. These fixtures will be hosted by Trinidad and Antigua.

This year’s tournament has greater significance as it is will be used to select the squad for the ICC U-19 World Cup to be played in South Africa in January 2020. The tournament will only feature 50-over cricket and in addition to the six matches to be played, the top 24 “future stars” will play an additional three 50-over games, “The Best vs The Best”, which will assist the selectors in naming the World Cup squad. Due to the importance of the tournament together with the continued legal uncertainty with the Guyana Cricket Board (GCB), Directors approved the proposal for this year’s event to be hosted in St Vincent and the Grenadines, and to postpone the previously agreed hosting by Guyana, to 2020.

Commercial Director Dominic Warne updated the Board on efforts to implement the new policy of rebranding and uplifting public awareness of the youth tournaments, and to seek major sponsorship in order to achieve greater investment and sustainability.

The Board also addressed a wide variety of commercial matters including the future of Ticketing and online sales, Team Kit supply and merchandising, the media rights market, potential sponsors and improving communications with fans and the media.

The Board approved the terms of reference and composition of the Governance Review Task Force as presented on behalf of Task Force Chairman Don Wehby. The following four persons will join Mr. Wehby on the task force: Charles Wilkin QC, Deryck Murray, O. K. Melhado, and professor Hilary Beckles.

Other board committees were also approved and an announcement will be made to the media.

The Board also received an update on the revised strategic plan, negotiations with WIPA, a draft MOU with professional franchise teams, and the hosting of a proposed Global Cricket Conference which it is hoped will become an annual event. 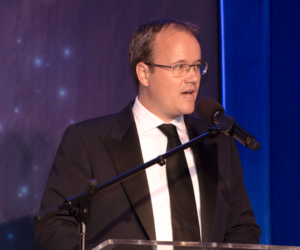 The President and CEO reported on their visit to Guyana, during which they met with various stakeholder groups, including the Government. The Board also received an update on the status of various legal matters concerning the Guyana Cricket Board.