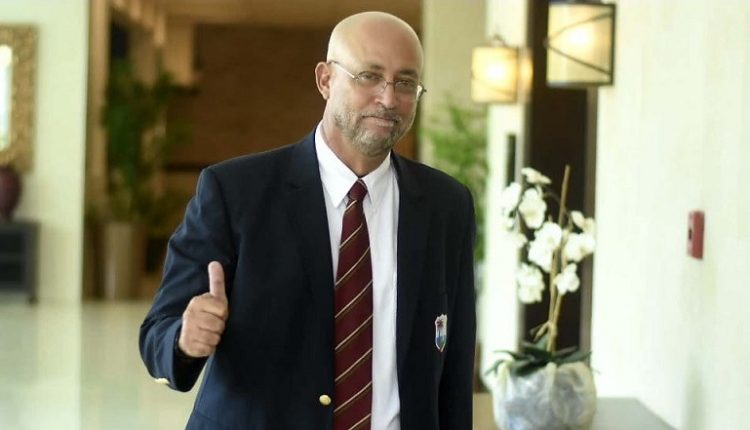 Cricket West Indies (CWI) President, Ricky Skerritt,
has once again dismissed the notion that players
will be ‘punished’ if they opt not to take up
international duties with the West Indies team.
However, in ideal circumstances he hoped players would
opt to play for West Indies instead of the numerous leagues
worldwide.
Speaking in a recent interview on SportsMax TV, Skerritt was
questioned on players declining West Indies’ selection, but
are drafted for Twenty20 Leagues which are being played
concurrently with West Indies matches.
Andre Russell and Chris Gayle, who did not feature in the
West Indies squad to face New Zealand in three T20s from
November 27 to 30, were on October 19 drafted in the Lankan
Premier League (LPL), set to bowl off on November 21.
Gayle was overlooked for the series, but CWI Chief Selector
Roger Harper said the door is still open for the Jamaican
left-hander in future series.
According to Harper, Russell conveyed “he was not handling
the whole thing [quarantines] well and he needed some
time to clear his head and get himself together because he
has been going from one lockdown, so to speak, to another.”
However, while the Sri Lankan government has not ap-
Cricket West
Indies President
Ricky Skerritt
Hopeful Players
Can Put West
Indies Above
Leagues!
proved lenient quarantine measures for those coming
into the country for the tournament, Sri Lanka Cricket insists
that the foreign players and officials taking part have
all agreed to the strict 14-day quarantine, in which arrivals
are not allowed to leave their rooms.
The President indicated that despite players being
drafted, there has not been an indication
to play since no one has requested
a No Objective
Certificate (NOC)
“We don’t know
for a fact that a
player is drafted
and is seeking to play in that league, until such time we
receive a request for a NOC; we have received none for
the player involved, so we have to assume he is not playing
until such time we see such evidence he is playing.”
Skerritt added, “That particular player is not contracted by
Cricket West Indies; some years ago the courts practically
told Cricket West Indies you cannot restrain the trade of
players who you have not contracted otherwise.”
Despite the legal blanket which protects the players, the
CWI head hopes they would put country over personal
gain.
WICKETS 18
“Now is that something we like to hear? Of course not. We would like to believe it is country above self, West
Indies above leagues and so on.”
“Our policy is very straightforward since I have come to the fore, bearing in the mind the league situation, we
believe that players must be encouraged to play for their country and the region based on the conditions
and the environment that we create and the relationships we build.”
The former West Indies team manager, who took over CWI Presidency in March 2019, further explained his
regime has no intentions of holding malice towards any decision players make regarding unavailability for
selection.
“That is where we differ from the previous administration; players will not be punished, selectors will not
become disciplinarians, selectors will pick the best available players who want to play at
that time or who are obligated in the case of contracted players.”
Harper heads the current selection panel which includes Miles Bascombe
and Head Coach Phil Simmons.
According to Skerritt, the selectors are to deal with each situation
individually, but still have the power to leave out players if they do
not align with a long-term development plan.
“The selectors will deal with each situation individually, but
the selectors can also decide that if there is a player who
does not fit into their long-term plans that they don’t pick
that player even if that player is performing well, but
that is up to the players based on a selection policy
which ultimately says we want to put on the field of
play the best available team at any point in time.
Selectors cannot be, will not be, members of a
tribunal of disciplinary proportions,” the CWI
president expressed
WICKETS
19

Conde Riley: Firmly Focused On The Development Of Regional Cricket!