Former West Indies captain Dwayne Bravo has officially come out of international retirement, making himself available for selection in the West Indies T20I side in the lead-up to their men’s T20 World Cup defense in Australia next year. Bravo, however, confirmed that he didn’t want to play any other format.

“I would like to announce my return to international T20s for West Indies,” Bravo told ESPNcricinfo in Chennai. “Once selected I’ll be fully committed to represent the region again in T20 cricket, which I think is exciting for West Indies cricket and fans, with the young talents around.”

Bravo had called time on his international career in October 2018, and turned his focus to playing franchise T20 cricket around the world. The 36-year old allrounder has now made a u-turn following drastic changes in the West Indies management. Ricky Skerritt has replaced Dave Cameron as the board president and former T20 World Cup-winning coach Phil Simmons is back in the mix. As part of the revamp, Kieron Pollard had been appointed captain of both the limited-overs teams ahead of the trip to India.

Bravo said that he was impressed by the clarity of thought and transparency in selection from the new management.

“They understand and listen, they will have dialogues going back and forth, that’s the difference,” he said. “And that’s why it was so easy for me to make a decision to come back and represent West Indies again. I speak to the captain, coach, the president, director of cricket and chairman of selectors, and I’ve confirmed that I’ll be available for T20I selection.”

Bravo’s return to T20I cricket is another step from West Indies towards getting the band back together for their T20I World Cup defense in 2020. More recently, Pollard captained West Indies to their first ODI series victory in five years, against Afghanistan, and then his side challenged a full-strength India side in a three-match T20I series. Batsman Lendl Simmons came out of nowhere and made a match-winning half-century in Thiruvananthapuram to force the series into a decider in Mumbai. It is understood that both allrounder Andre Russell and offspinner Sunil Narine could have been in contention for selection for the India tour had they been fit enough.

“If Russell is back, myself, and Narine is back… We don’t know what the Universe Boss is doing but you never know,” Bravo said. “He can also be available. We will love to have him around as he’s a father figure for all of us and we respect him. Having a Chris Gayle in the team is always special, but it’s up to him to make his decision. But, like I said, we’re looking forward to put the squad together. Whenever we put an XI on the field, it will be an XI that people will come to watch.”

As one of the seniors in the West Indies set-up, along with captain Pollard, Bravo said his role would be to help ease the pressure on young talents who are finding their feet at the international level. Bravo echoed Pollard’s comments made on the eve of the series opener against India, hoping to create a nurturing environment.

“We [seniors] just have to talk to them [the youngsters] and allow them to make their mistakes and allow them to figure out their game,” Bravo said. “Give them the opportunity and let them know that they belong to the system. What used to be the problem in the past is if a player played two-three games and they didn’t perform, he gets dropped.

“In these format, you expect players to fail, especially when you’re a top-order player because your role and responsibility is to get the team off to a flier and that takes a lot of risks. You just have to give players opportunities and back them – whether they’re performing or not.” 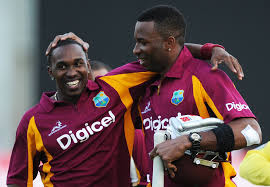 Pollard’s proactive captaincy had been one of the major talking points during the three-match T20I series against India. In Hyderabad, he had deployed twin short midwickets against Virat Kohli and when he was leading Trinbago Knight Riders in the CPL in the absence of Bravo, his in-your-face captaincy and aggressive approach worked for the franchise.

“Yeah, he [Pollard] is definitely one who loves to win,” Bravo said. “The guys respect him a lot because of what he has achieved in cricket. Him and Phil [Simmons] have a very good captain-and-coach relationship and they’re going to lead the team in the direction where it should be. Just happy to do what I can to contribute to building something special.

“I’m very close to everyone on this team and I know if I walk in, everyone will be happy. But for me, it’s not about me going back to try to be the person. It’s just me going back thankful for another opportunity to represent the team again and also help nurture these young talented players and give them my experience and knowledge. I will try to assist them in whatever way I can.”

Bravo has been troubled by injuries in 2019, having been sidelined from part of the IPL (hamstring) and the entire CPL (broken finger). He, however, returned to action in the T10 league in the UAE and led Maratha Arabians to the title.

“Champion is always a champion, know? It was good to win the T10 league with Maratha Arabians – it was my third season and second time as captain,” he said. “To win the trophy for the first time was a great achievement. It’s the end of the year now, so we look forward to 2020.”

West Indies’ next T20I assignment is a three-match series against Ireland at home in January next year.

Dwayne Bravo’s announcement that he has ended his retirement from International Twenty 20 cricket has also been welcomed by Ricky Skerritt, President of Cricket West Indies. 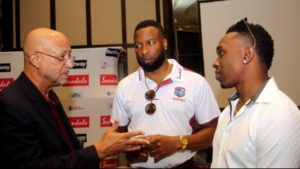 According to President Skerritt “Bravo has the performance track record that should never have been lost from the West Indies cricket talent pool. One of the reasons Dr. Shallow and myself sought the Presidency was to review the team selection policy to become completely inclusive, and to ensure that selection is based strictly on merit and performance readiness. Bravo’s return reminds us what a negative impact politics and pettiness has had on our cricket. The possibility that Bravo, a former West Indies captain, can again be a fierce and formidable all-rounder in his maroon colors, is a welcomed possibility.”

CWI’s Director of Cricket, Jimmy Adams expressed his pleasure at Dwayne’s return for possible selection to International T20 cricket “I am pleased that Dwayne is making himself available for selection for T20 cricket. His considerable experience and proven ability will strengthen the pool of players from which CWI will be able to choose their squads whilst also providing increased competition for places.”

The news of Bravo’s availability will undoubtedly excite many West Indies fans both here in the Caribbean and around the world where they will wait to see if he can add to the 66 T20I appearances he has made in his career, where he has scored 1,142 runs and taken 52 wickets since his first T20I match in 2006. His last game for the West Indies was against Pakistan in September 2016.