England have stuck with the players who claimed a historic Test whitewash in Sri Lanka last month in naming their squad for the Caribbean. Ollie Pope, who left Sri Lanka to join up with the Lions in the UAE, misses out and there was no room for Jason Roy, despite speculation he could be included as a spare top-order batsman.

Ben Foakes, who was not part of the original party for Sri Lanka but claimed the Man of the Series award after making his debut as wicketkeeper after an injury to Jonny Bairstow, is the only official addition to the 16-man group.

In the ODI squad, David Willey returns following injury and Joe Denly is included, having been called up as an injury replacement for Liam Dawson (Denly subsequently won the Man of the Match award in the only T20I against Sri Lanka). Dawson, Sam Curran and Olly Stone, who provided cover for Liam Plunkett in Sri Lanka, are the players to drop out.

The conclusion of the ECB Cricket Disciplinary Commission’s investigation into Ben Stokes and Alex Hales after their behaviour on a night out in Bristol in 2017 means that both are included without caveat. England’s 3-0 Test success in Sri Lanka via a brand of attacking batsmanship had led to the suggestion that Roy, a fixture at the top of the one-day order and who featured for the Lions in a four-day game against Pakistan A last month, could be selected for the first time. Denly has however been retained, having been overlooked for a debut in Sri Lanka.

The depth available to Joe Root means that England could still field a three-man spin attack, if conditions in the Caribbean dictate, but they also retain plenty of pace options. 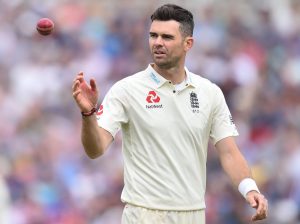 James Anderson and Stuart Broad, England’s record-breaking new-ball pairing, could be reunited, while Sam Curran, Chris Woakes and Stone can all stake a claim.

Bairstow, who scored a century on his first appearance at No. 3 in Colombo, is likely to get a run at the position in three Tests against West Indies, ahead of the 2019 summer’s Ashes.

Next year also promises to be a defining one for England’s one-day squad, as they attempt to win a first World Cup on home soil. Eoin Morgan’s side features a largely settled batting order – barring some competition between Roy, Bairstow and Hales at the top – but there has been some jockeying among the bowlers.

Willey missed the last tour with a back problem but has been a consistent part of the set-up since 2015, while Plunkett is fully available again after a clash with his wedding. Mark Wood has also been persisted with, despite one underwhelming appearance in Sri Lanka, with Sam Curran and Stone seemingly slipping back in the race for a World Cup spot.

The five-ODI series against West Indies will be followed by three T20Is, for which England have yet to name a squad. They then face Ireland in a one-off game in Dublin, followed by five ODIs against Pakistan to kick off the home season before the start of the World Cup on May 30.