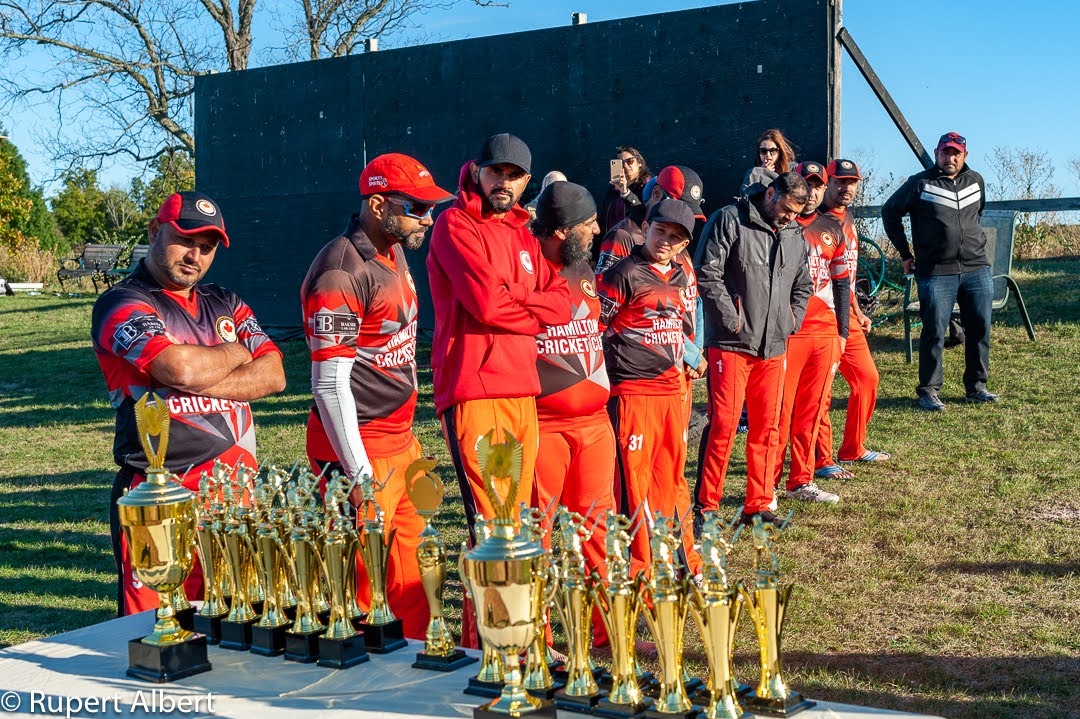 By Varun Desai
Cricket, like many other popular sports, is a by-product of migration in Canada. Being a part of
the British Colonial regime, it was not long ago that the influence of the British culture was visible
all across throughout the entire stretch of the eastern seacoast of North America.
The first cricket clubs in the USA came into being as early as the 1700s, soon after being established in England. Originally played among British Army officers, the Americans too caught up as they found the sport to be a major recreation.

This exposition of colonialism manifested itself through the arrival of Cricket
in Canada. The British military personnel who were temporary residents
in Canada continued their allegiance to the Royal throne and
brought some old habits when they moved to Canada from the
United States. In the 19th century, when Cricket arrived in Canada,
successive waves of immigrants strengthened and revitalized the
population of cricketers.

Cricket was first brought into what is now called Ontario and its
mainstream life around the year 1829. Subsequently, clubs were
formed in Toronto, Guelph, Kingston, Woodstock, and Hamilton. And
thus, Hamilton Cricket Club was formed in 1847.
Well into its second century, the Hamilton Cricket Club is a prominent address in Canada. It has featured in the HDCL super-elite finals for the past two full seasons. The Club was lagging behind halfway through the 2019 Elite Division but managed to get its game in the second half of the season to storm into the Elite Division play-offs. HCC not only upset the top favourite Sunrise CC but outplayed them to blizzard into the Elite Division final.

Besides the challenges in its formative years, Hamilton
Cricket Club faced many other obstacles on the
way as it grew. Besides people’s growing interest in
fast-paced sports, Canada’s climate has been a
perennial problem for the Hamilton Cricket Club.
The window that the Club gets to prepare a
cricket field and play the game is relatively small.
The lengthy nature of the games also makes
it difficult to get the interest of local players
who are used to shorter and more fast-paced
sports, says Rupert Albert, one of the veteran
players and a senior office-bearer of the Club.
However, in recent times, there has been a surge
of interest in Cricket in Canada. As opposed to
yesteryear’s hurdle of lack of public interest,
the Club’s biggest challenge today is to create
enough space to practice and play.

As one of its missions, the HCC has taken to
popularize the game of Cricket at the grassroots
level. On the streets of Canada, one can easily
find young children with basketball hoops,
rollerblades, portable ice hockey nets, scooters
and bicycles. The commitment is to channelize
this youthful play into the development of Cricket.
The big challenge for the Club administrators
is to bring homegrown Canadian youth to the
national level of play and not depend on new
Canadians who have learned their Cricket
elsewhere.

Though Hamilton Cricket Club currently does
not have any schools under its banner, it assists
the schools when called. Likewise, the Club
had made significant progress with the Junior/
women’s programs too. Though currently, all
plans are on the backburner for the pandemic.
The last season was shortened with a skeletal
program, thanks to Covis-19. The present season
is shaping up pretty well the same way., informed
Rupert Albert.

HCC is pretty strict with its laws, following MCC
laws with a few local playing conditions. The Club
has trained umpires with a minimum of level one
certification to officiate in league games. The
Coaches, too, get themselves trained by various
programs offered by the Ontario Cricket Council.
Currently, Hamilton Cricket Club is 75 members
strong, and it is open to new members. With The
new immigrants coming from Pakistan, India, and
Bangladesh further promoting the game, the Club
has a strong base with the West Indians/Canadians
who love Cricket, supplemented by immigrants
coming in great numbers.

Over the years, Hamilton Cricket Club has seen a
growth in membership and improvement in the
cricket fields available. Artificial wickets have made
it much easier to set up the field for practice and
games. The reduction in preparation times enables
the Club to run morning and evening programs and
traditional weekend afternoon games. It also opens
up the possibility of weekday evening games.

With 95 percent of its players originating from
the Caribbean, Pakistan, India, and England,
the Hamilton Cricket Club is a prime example of
Canadian multiculturalism. Over the last century
and a half, Canada has been visited many times by
cricketers from many nations. It fits, therefore, that
the diverse representation of people, making up
the teams in different clubs in Canada, beautifully
reflects the rainbow of modern Canada. The official
colours of The Club are Navy and Gold. However,
the Club has also played in black and red for the
last three seasons.

Given that Canada is known to be the most
multicultural country globally, the Hamilton Cricket
Club fits this beautiful country’s mission, vision, and
motto perfectly well.