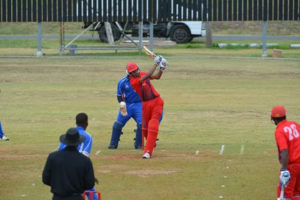 At his now tender age of 21, Canadian Harsh Thaker’s foremost cricketing ambition is about to come through. Having set himself the goal of becoming a professional cricketer, Harsh must have been overjoyed to have his name announced as one of the recently selected Vancouver Knights draft picks for this year’s 2019 second edition of the annual Global T20 Canada Tournament. This year’s Tournament gets under way on July 25 in Brampton, Ontario, Six Franchise teams, Edmonton Royals, Montreal Tigers, Toronto Nationals, defending champs Vancouver Knights, Winnipeg Hawks and newcomers Brampton Bravos will be competing for Tournament honors.

Born 24 October 1997) Harsh Thaker made his List A debut for Canada in the 2018–19 Cricket West Indies Caribbean Regional Super50 tournament on 3 October 2018. Prior to his List A debut, he was named in Canada’s squad for the 2016 Under-19 Cricket World Cup.

As a right-hand middle order batsman and more than useful right-arm off-spinner Harsh Thaker has to date played 5 List A matches in Canadian colors. His five matches have yielded an aggregate of 114 runs at an average of 28.50. To date he has scored one fifty, 52 not out scored for Canada against the West Indies B last October having been his highest score to date. 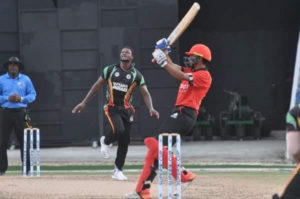 As a right-hand off-break bowler Thaker has not as yet had many opportunities to utilize his craft at the international level. He’s only bowled two wicket less overs, which cost sixteen runs.

Thaker’s rise through the Canadian ranks to secure his A Team position was fashioned on his consistently outstanding performances at the national U19 Level. During the 2015 ICC U19 America’s Division 1 Tournament Thaker picked up two Man of the Match awards. He was also awarded the Batsman of the Tournament honors and named the overall MVP for his outstanding achievements. Thaker scored 261 runs from his 4 innings, with a top score of 121 and an average of 65.23. With the ball, Thaker took 5 wickets, including best figures of 3-38.

Now that his professional cricket dreams have been realized with his having been drafted to the Vancouver Royals, Thaker will undoubtedly be hoping to make a name for himself in this year’s GT20 Canada Tournament. In doing so he will definitely benefit from the wonderful opportunity he has been granted to play represent the Tournament’s defending champions and in so doing play alongside the likes of such established world greats as the Universe Boss, Chris Gayle, Andre Russell and Shoaib Malik.

All of Canada wishes Harsh our very best as he embarks upon his very exciting GT20 Canada 2019 journey. Go make us all proud Harsh.