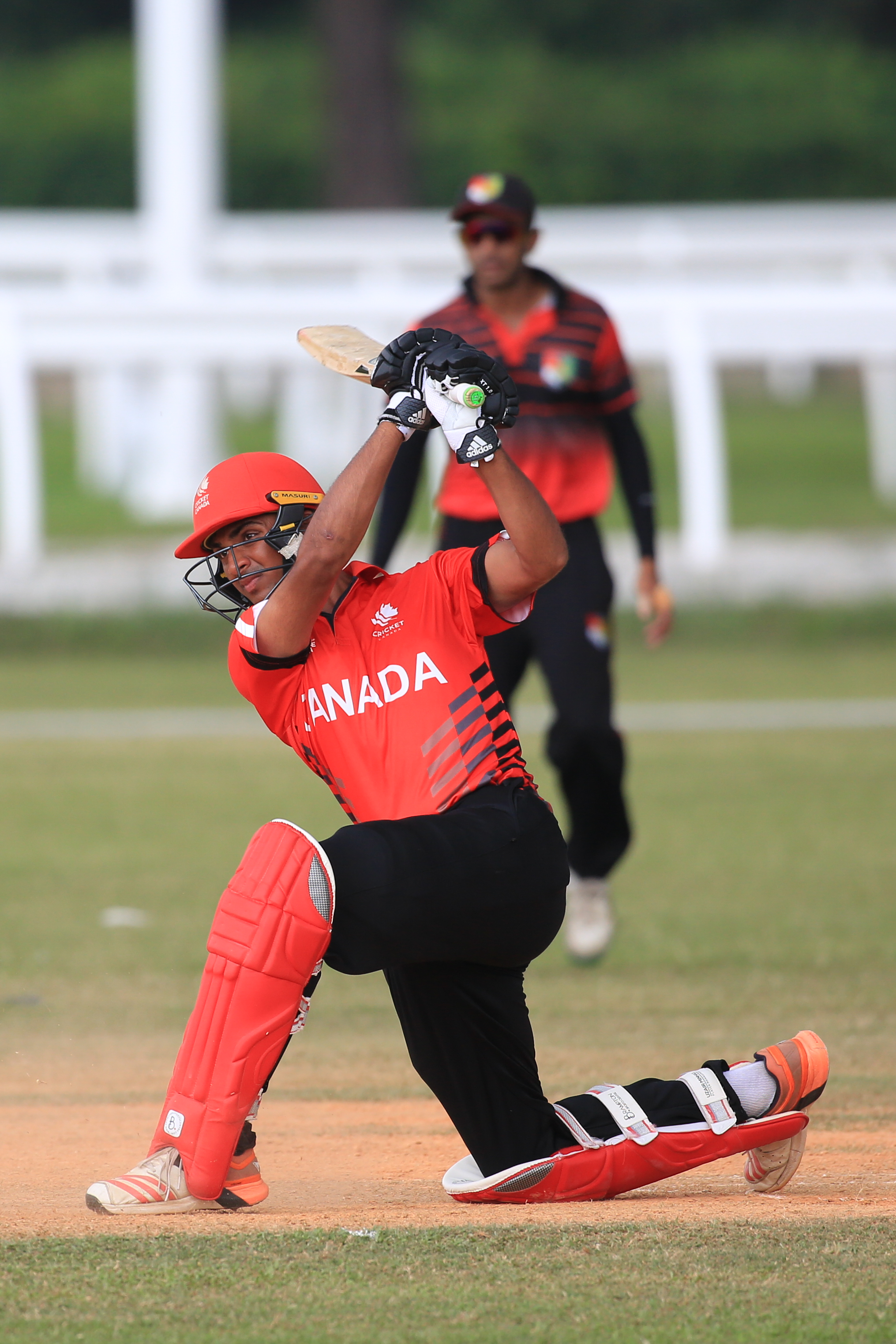 Fresh from his outstanding all-round performances with both bat and ball for Canada during last November’s St Kitts hosted Zone A matches of the 2019 Cricket West Indies (CWI) Colonial Medical Insurance Super50 Championships, Harsh Thaker will be seeking similar returns in Malaysia in the weeks ahead. Thaker has been named as one of the fourteen cricketers who will represent Canada at the March 14-27 Malaysia hosted International Cricket Conference (ICC) Cricket World Cup Challenge League A.

Thaker’s ever-increasing status as one of Canada’s Senior Men’s teams leading all-rounders was further confirmed during the recent CWI Super50 Championships held in St Kitts last November. As a batsman he scored 223 runs from 8 innings, at a 31.85 average. Apart from the average chart-topping Nitish Kumar, Thaker was the only other Canadian batsman to score over two hundred runs and average above 30 during the Super50 Championships!

With the ball, Thaker’s performances were even more impressive. He was undoubtedly Canada’s best bowler at the Super50 Tournament, capturing the most wickets (10) from 43 overs bowled. His 18.90 average was also the lowest among all of Canada’s bowlers.

Thaker has listed his Super50 Man of the Match performance against the Combined Colleges & Campuses which helped Canada to secure a historic second Tournament match victory, the very first time a Canadian team had ever won two matches in a Caribbean Regional Tournament, as his very best 2019 cricket memory. He has also established being more consistent in producing outstanding performances with both bat and ball towards winning more matches for Canada as his primary cricketing objective for 2020.

EXCITING 2020 DEVELOPMENTS IN THE PIPELINE FOR BRAMPTON & ETOBICOKE’S CRICKETERS!