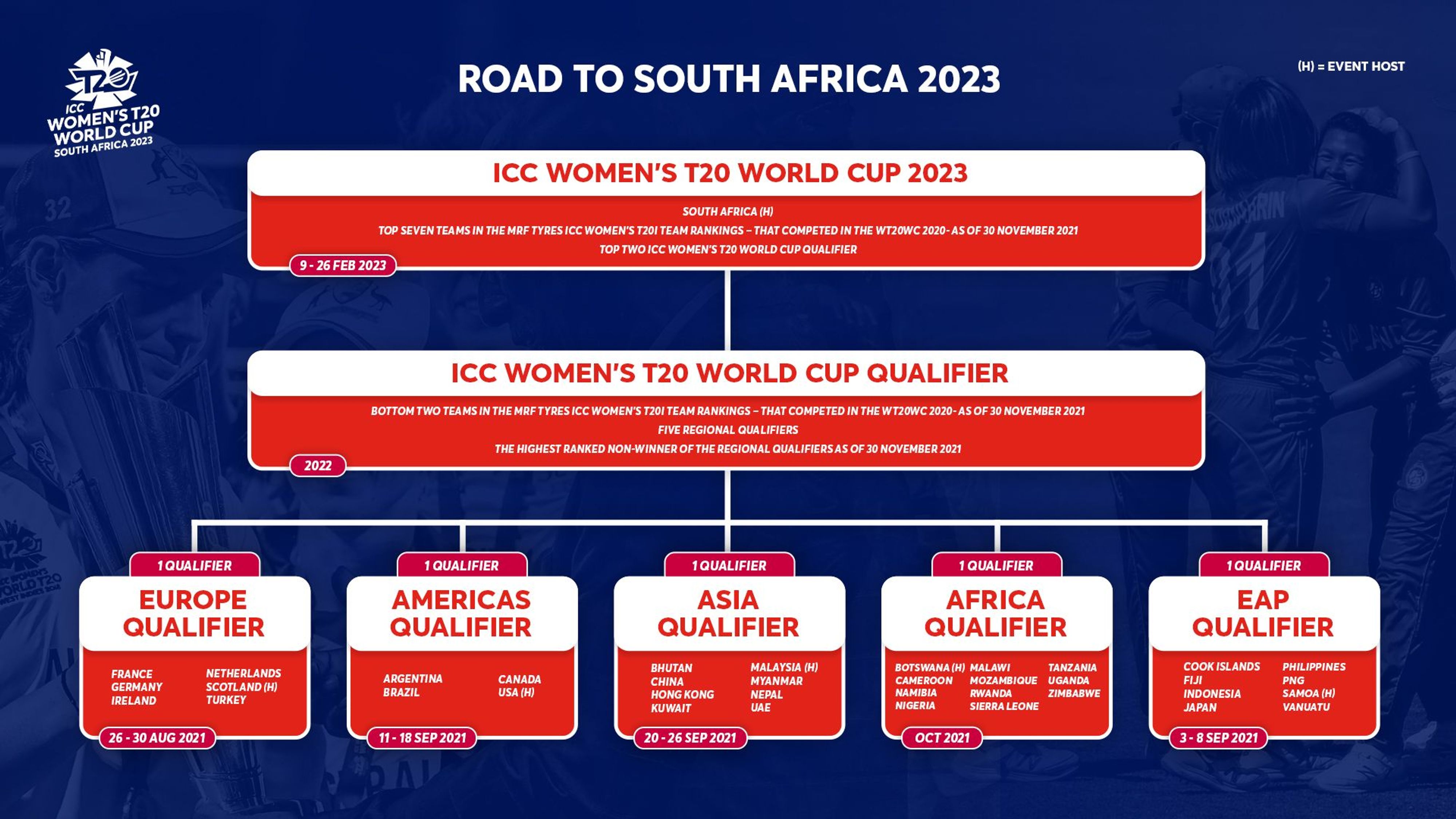 Canada’s Women’s cricketers will participate
in a USA hosted, four country tournament
next September in an attempt to qualify for
the ICC 2023 World Women’s World Cup.
The 10-team World Cup which has now been rescheduled
to 9-26 February 2023 will see the hosts South
Africa and the seven top teams on the MRF Tyres ICC
Women’s T20I Team Rankings as of 30 November
2021 - from the teams that competed at the Australia
2020 event - qualify automatically for the 2023 edition.
The remaining two spots will be determined through
a qualification process which is scheduled to start at
regional level in August 2021 and includes 37 teams.
This is an increase of ten teams from the Women’s T20
World Cup 2020 qualification, reflecting the continued
growth of bilateral women’s T20 International cricket.
Eight teams Bhutan, Botswana, Cameroon, France,
Malawi, Myanmar, Philippines and Turkey are all
competing in an ICC women’s event for the first time,
a nod to the growth within women’s cricket around the
globe in emerging markets. Argentina and Brazil
will return to ICC women’s competition for the first
time since 2012.
The five regions will host a regional qualifying
event with the top team from each region joining
the bottom two ranked teams in the Women’s T20I
Rankings as of 30 November 2021 – from the teams
that competed at the Australia 2020 event - into the
eight-team ICC Women’s T20 World Cup Qualifier
2022. The final position will be filled by the highest
ranked team in the regional qualifiers on the November
cut-off date, who missed out on topping
their regional event table.
Event - ICC Women’s T20 World Cup Americas
Qualifier
Host- USA
Dates- 11 – 18 September 2021
Participating Teams - Argentina, Brazil, Canada,
USA

HIBA SHAMSHAD; SETTING WORTHY EXAMPLES FOR OTHERS TO FOLLOW!