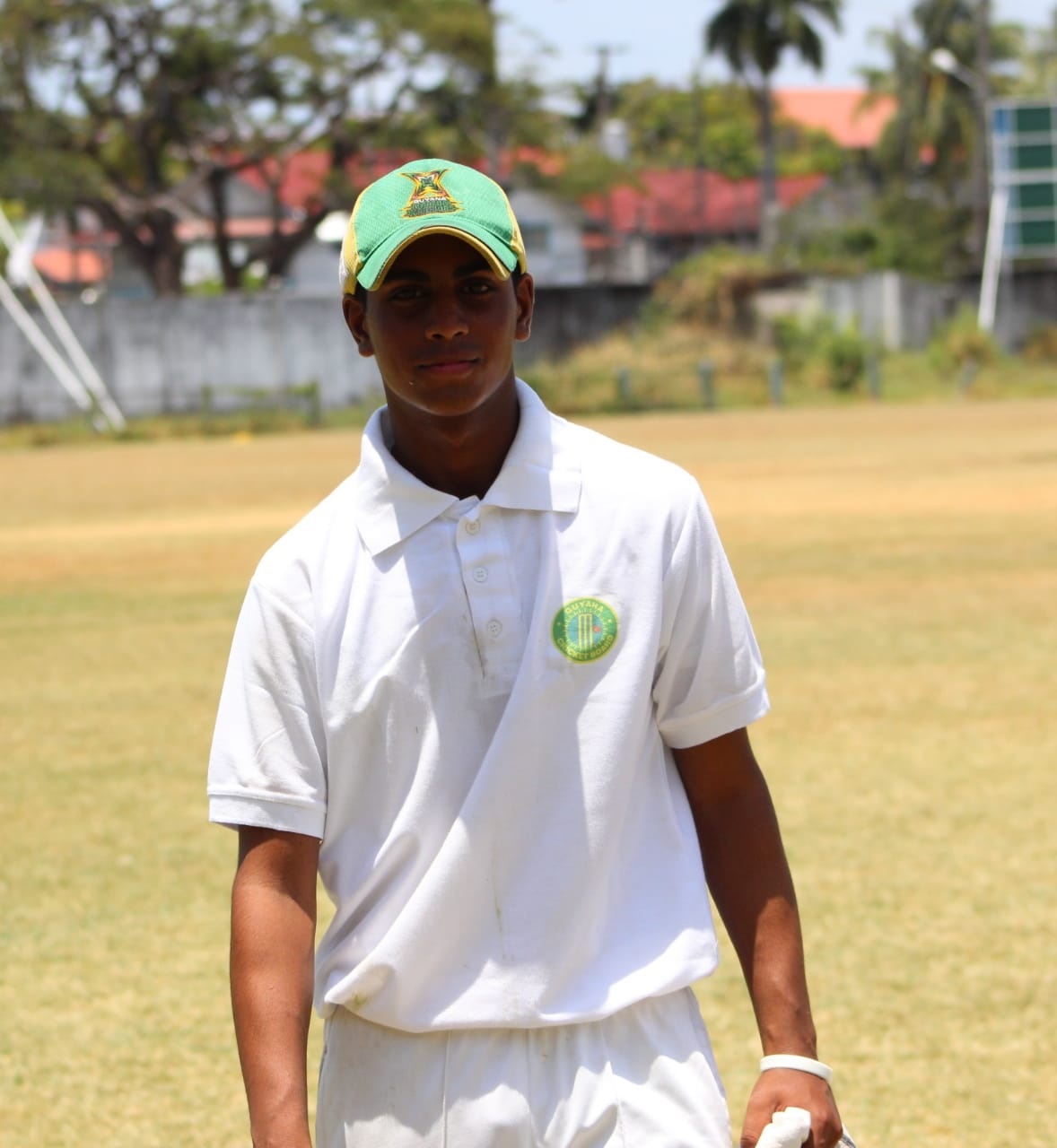 Seventeen-year-old Matthew Nandu, the son of former Guyana and West Indies Under-19 leg-spinner Arjune Nandu and 19-year-old Raqib Shamsudeen, a member of Canada’s Under-19 squad to this year’s World Cup in South Africa, started the season with scintillating centuries.

The left-handed Nandu, who had the unique honour of being the youngest player to be drafted in last year’s Global T20 Canada, slammed a brilliant 146 as Kaieteur International B made light work of Durham in their opening First Division fixture played at the Ellesmere ground. The match was the first to be played at the venue in three years following infrastructural works there.

Nandu slammed 15 fours and three sixes as Kaieteur International B reached an imposing 312 for three in their allotted 50 overs. Durham were restricted to 160 in 37.1 overs with 15-year-old fast-medium bowler Nigel Ramsaroop claiming four for 19 in 6.1 overs.

Despite only playing two matches, scoring 35 in a losing cause to Toronto Rhinos, Nandu’s 181 runs are by far the most by a batsman, with Aamir Khan (Toronto Rhinos) next with 85 and his teammate Naveen Reddy Tamma in the third spot with 82, both having played three matches.

The hard-hitting Shamsudeen, whose World Cup campaign ended on a somewhat sour note when his bowling action came under scrutiny, started his Elite Division campaign for Ajax/Scarborough Kingz A with a blazing 102 off 80 balls before going via the run out route.

Shamsudeen’s knock enabled Ajax/Scarborough Kingz A to reach a formidable 320 for six in 42 overs before restricting their opponents Toronto Invaders A to 198 for nine in 43 overs, winning by 122 runs. Thuvaragan Pathmeswaran grabbed five for 28 from his 10 overs while Shamsudeen supported with two for 26 also from 10.

In the bowling department, Pathmeswaran leads the pack with 10 wickets at 8.7 runs apiece with Amerish Deoraj (Ambassadors) also with 10 at 13.90. Shamsudeen has seven at 11.86, Nirmal Patel (Victoria Park) with seven at 14.43 and Salman Patel (Youngstars) seven at 17.86.

Highland Creek A heads Group A with 35 points with Ambassadors in second place on 30 while Victoria Park has 15. Danforth Dynamite has lost all four of its matches.

In Group B, Ajax/Scarborough Kingz A tops with 40 points from a maximum four wins. Youngstars has 30 from three, Janbaaz 10 from three while Toronto Invaders A is pointless after three matches.

Due to the Covid-19 pandemic, players are not allowed to compete in multiple divisions while players are required to adhere to strict Covid-19 guidelines.