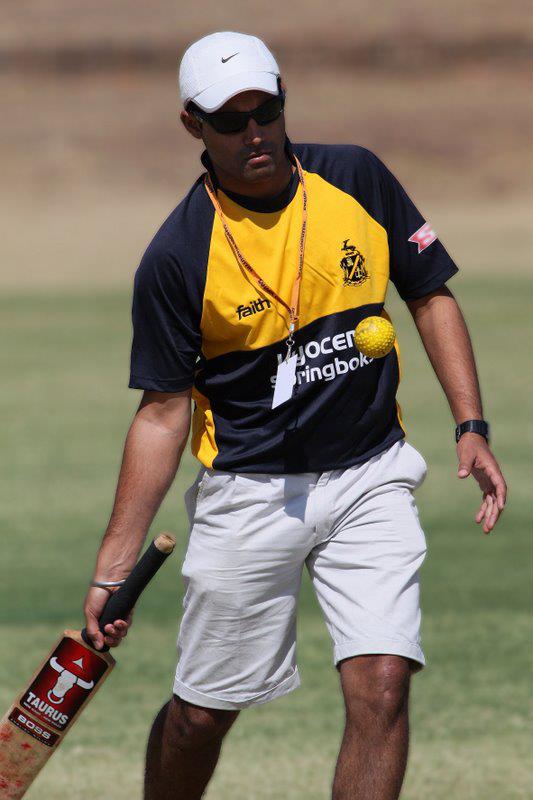 Founded in 1996, the Mississauga Ramblers has been both a fixture and a force within Canadian cricket circles since then. In the now fifty-plus years since its formation, the Club has tirelessly dedicated its efforts towards the further development of Canadian cricket.

Bhinder’s appointment as the Mississauga Ramblers Coach will bring another, much higher, level of professionalism to the Club and its playing operations. During his almost 15 year tenure as one of South Africa’s most accomplished and popular high-performance coaches, Bhinder oversaw the growth and development of many of the country’s professional cricketers, including South Africa’s current Test and ODI batsman Temba Bavuma.

Arguably the only Coach in all of North America who currently holds a double Level 3 Coaching Certification, Arminder Bhinder also bears two Bachelor Degrees. One of which is in Physical Education.
Bhinder’s outstanding coaching abilities have also been recognized at the Canadian national level. He was just recently appointed as Head Coach for the Canadian Senior Men’s Squad that will be traveling to Malaysia to participate in the March 16-26, 2020 International Cricket Conference (ICC) Cricket World Cup Challenge League A Tournament.

Bhinder had also served as Head Coach for the Canadian Development Team which participated in the St Kitts hosted Zone A Matches of the Cricket West Indies Colonial Medical Insurance 2019 Regional Super50 Competition. That assignment was completed with unprecedented honors, as Canada secured two wins for the first time ever in its participation in Caribbean Regional 50 Over Competitions!

Amarinder Bhinder’s somewhat unique approach to coaching, is incessantly and completely aligned with his adopted mantra that passion and energy drive the results that are derived as rewards from hard work. “I am always mindful of the fact that each person is unique; Each has a different personality and a unique background. Thus each person within a team has to be treated as an individual.”

Bhinder has described his approach to coaching as that which is built from the ground up, with full utilization of the 5 Cs: clarity, communication, collaboration, commitment, and culture! With his wonderful system in tow, the Mississauga Ramblers are now incredibly excited to have Amarinder Bhinder on board to work with their members of all ages and skill levels. As well they should be!