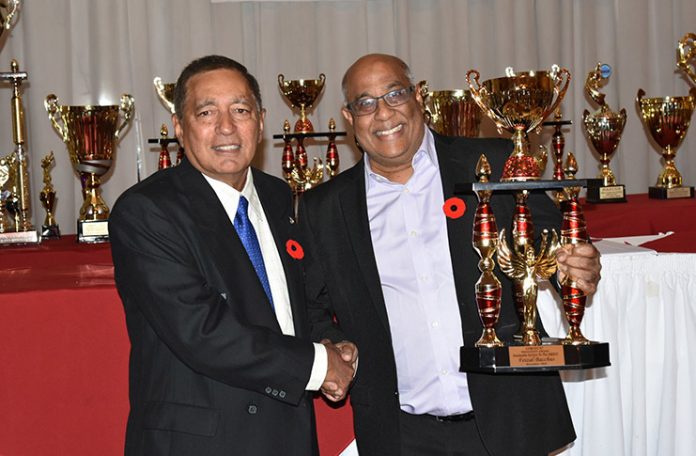 Two Ontario Masters Softball Cricket Clubs (OMSCC) representative teams will be headed to Orlando to participate in that City’s March 20-23 Softball Tournament. The OMSC team’s Orland Tournament participation is just the first of an exciting array of initiatives the League has outlined for 2020.
This coming summer OMSCC Teams will also be participating in similar US City hosted Tournaments following the commencement of the League’s own Canadian domestic 2020 Season. The highlight of which will be the League’s hosting of its first ever Tournament for Over 60 Players.
Ontario Masters Softball Cricket Clubs (OMSCC) President Azeem Karamat Khan, had recently expressed his upbeat optimism about the level of cricket in the Masters League, pointing to last year’s 2019 Season introduction of the Memorial Cup as a further testimony to the League’s continued improvement.
According to Khan, the memorial game had been introduced to honor “all our loved ones who are watching us from above!” Royston 11 had emerged as the winners of the Inaugural Memorial Tournament.
Touching on the staging of the third edition of Toronto Cup 3 during the 2018 Labour Day weekend, Khan disclosed that for the first time, the three categories, Open, Over-40 and Over-50, had been captured by Canadian teams – Softball Cricket Canada (SCC) in the Open, Our Own in the Over-40 with Toronto Blizzards winning the Over-50 division.
The OMSCC President has also acknowledged the contributions of his hard-working Board members – Feizal Bacchus, Dickey Singh, Khem Singh, Indira Singh, Jas Mathura and Paul Jaman – and the invaluable support from the several sponsors and looked forward to their continued assistance in 2020.