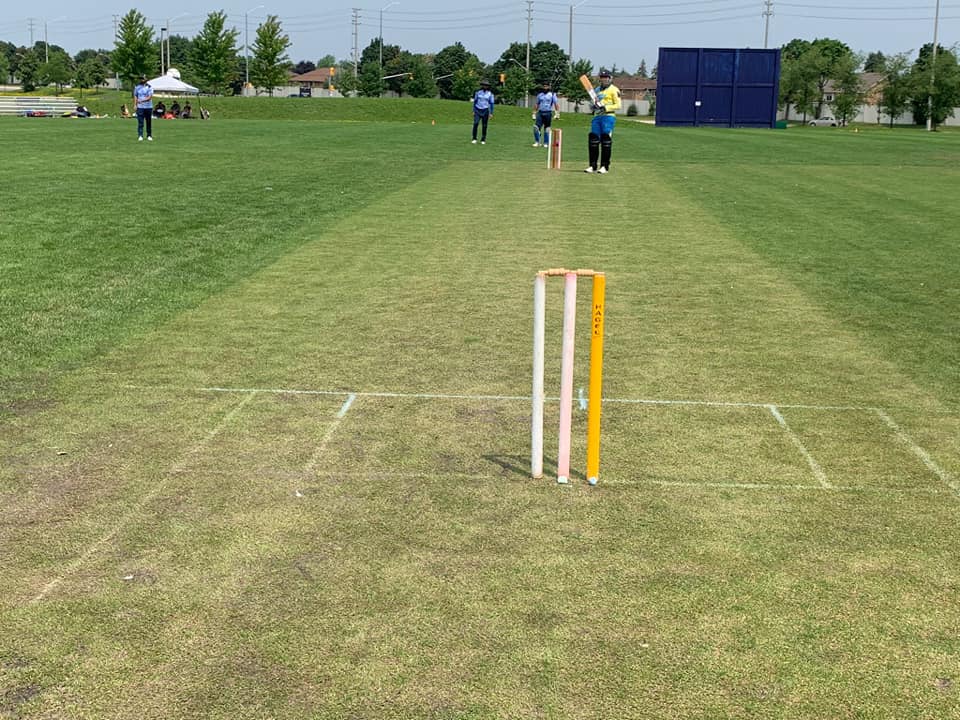 The Brampton, Etobicoke District Cricket League’s (BEDCL) modified 2021 Season has now been started as of July 1, with 174 teams competing against each other in T25 and 50 Over matches. The T25 matches will be played on mornings, evenings under the lights and some in the afternoons, so as to allow the League’s players
to play in as many matches as possible during the COVID affected reduced Season.
Furthermore, there will be no promotions or demotions this year which will allow all players to fully enjoy the playing
opportunities they are granted. When come next Summer the 2022 Season eventually comes around however, the
League will then revert to what the standings were at the end of the 2019 Season with respect to all promotions and
demotions with respect to all formats and respective divisions & conferences.
During the off-season the League had received applications from 45 new teams seeking to become new members. Of
these 33 were eventually accepted.
The League’s new turf wickets at
several of its faculties are now
available for use. The Brampton
Sports Park (BSP) which was formerly
owned by CAA and had served as the
venue for the 2019 GT20 Tournament,
is now City owned and operating
under its original name. The wicket
that had been used for GT20 has
now been converted to five natural
turf strips, in addition to the other
Natural Turf Facilities (Teramoto,
Andrew McCandless & Batsman Park)
each one of which will have its own
independent bunker for the storage
of rainy weather coverage tarpaulins,
hand rollers as well as boundary
and circle markers and all the other
required and associated maintenance
equipment. The City’s Park
Maintenance officials will determine how the pitches will be rotated for use on match days.
The addition of the BSP pitches brings the League’s inventory of turf-wicket equipped facilities to four. Of these two are
fully lighted. The League now also has an electronic scoreboard at each of its two lighted facilities.
The converted City-owned BSP will also have four practice facilities. When added to the six practice nets at Dixie
that were already in use, it brings the League’s inventory of such facilities to an ultra-impressive 10! The City has
also committed to making further improvements to the BSP Pitch 1 (renamed Pitch B) in 2022 including a complete
upgrade that will include a widening of the available outfield, a new artificial turf and the redirection of the Pitch itself.
The improvements will include the erection of a fence to prevent balls from being lost in the adjacent ravine. Shaded

areas for players and bleachers for spectators are also included in the improvements that are now
slated to be completed next year in time for the 2022 Season.
A few of the artificial turf wickets at other facilities that have seen better days, will now be replaced.
If not for this Season then by 2022 for sure.
The League has been promoting its intended launching of a Youth Cricket Season, for matches to be
played during the periods when schools are closed and reopened. To date the League has received
applications from four Academies intending to provide teams for the matches which will be played
in four respective age categories.
BEDCL has also announced its intention to launch a Seniors’ Cricket Format for players of advanced
ages this year. To date there have been expressions of interest received from four or five teams. The New
Format will be launched later this Season and based on its outcomes revised accordingly for next
year.
The League has also been continuing to hold its monthly meetings with Brampton City Mayor,
Commissioners and Park & Recs Officials. As a result of these meetings further additional facilities
previously planned & announced for the Gore Meadows facilities including the establishment of
natural turf and artificial pitches at least one (or all three) of which will be lighted, have now been
slated for next yeas 2022 & 2023 completion.

Cricket Back On Ontario’s Playing Fields!