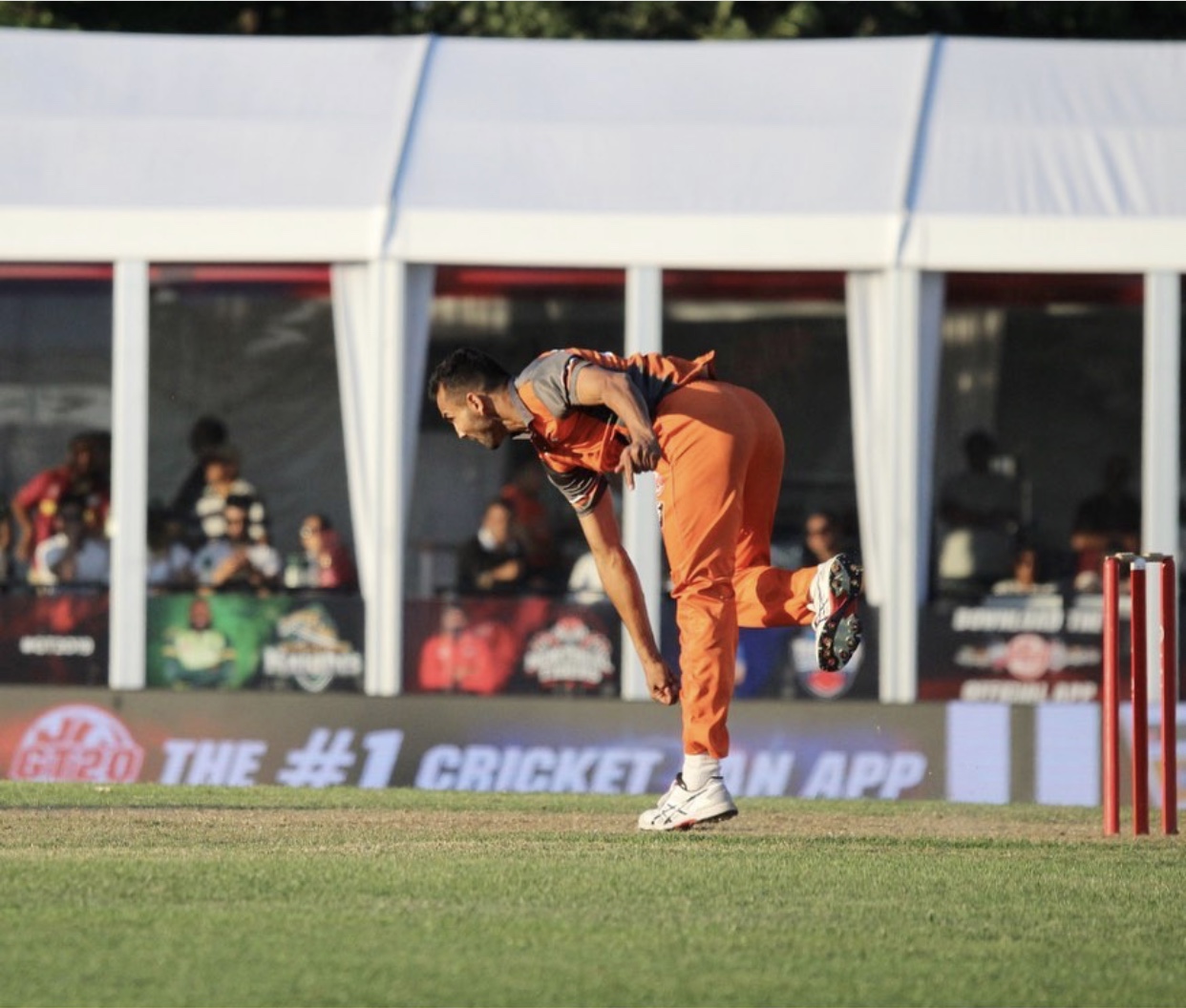 Born in Jalandhar (Punjab) Indian, Newab Singh was actually raised in Chandigarh
and it was there that he first became involved in cricket. As a right-handed
batsman and right arm medium fast bowler, Newab played domestic cricket in
India for Himachal Pradesh as well as the North Zone at the U19 level.
His appearances in India Domestic cricket were at the U19 Zone, National U19, List A,
T20, Under 22, National Under 25, T20 and List A levels. Newab was also good enough
as to be invited to spend over two years as a Trainee at the MRF Pace Foundation
under the close tutelage of none other than the former Australian fast bowling great,
Glenn McGrath!
Having moved with his family to Canada in February 2013, Newab spent the next five years traveling back
and forth to India. Effectively only spending approximately six months of each year on Canadian soil. In
fact it wasn’t until two years ago, in January 2018 to be precise that he actually, really, became a “permanent
resident” Canadian!
Since then Newab has
been playing his Canadian
Domestic cricket in British
Columbia. His outstanding
performances in Cricket
BC’s Western T-20 caught
the attention of the Global T20’s
Brampton Wolves Franchise Owners.
As such he was drafted as a member of
the Brampton Wolves for its debut appearances in
last year’s GT20 Second Season.
In his GT20 debut appearance for the Brampton Wolves,
against the Toronto Nationals, Newab captured 2 wickets
for 41 runs from his four allocated overs. Armed as he now is
with the experience of having played alongside and against
some of international cricket’s very best players, Newab Singh
will be hoping for his GT20 exposure to serve as a gateway to
Canadian National team selection in the immediate future!