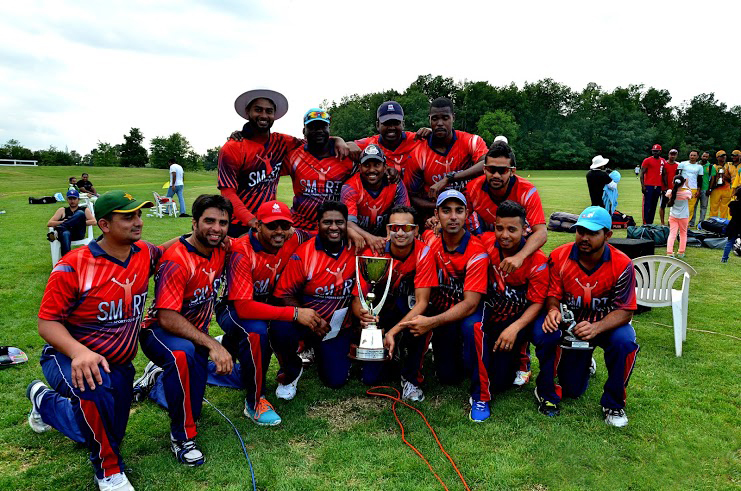 The Niagara Cricket Club, previously known and operated as The St. Catharines Cricket Club, has the honour of carrying on a tradition of cricket in the Niagara Peninsula that traces its origin to the early 1800’s, with games on wickets mown by sheep between the local military garrison and the towns people.

With the establishment of Ridley College in 1889, a schoolboy cricket tradition sprung up to the advantage of all, as the Ridley Cricket grounds provided one of the most beautiful settings in all of Canada.

The changing face of the population in Canada has been mirrored in the variety of backgrounds in cricket that have been reflected in the teams field by the Niagara Cricket Club. Ex-Patriot Brits, Canadian schoolboys, West Indians, East Indians – all have contributed to the success of the teams in the Hamilton and District League – including the League Championship in 2001 – and tournament play and the continuing strength of the Club at the beginning of play on our third Century.

In 2009, when Ridley College folded its College Cricket Team, City club had to seek a new home ground. Due to unavailability of suitable location within Niagara Region, throughout 2009 and 2010, the home games were played at Hamilton Mohawk Park. By the end of 2010, few members of the club managed to get a ground in Burlington and the name of Niagara Cricket Club was due to change as Burlington United in order to use that facility. However, the club secretary and most senior active members of the club Tan Qureshi and Javed Mian along with ex- President Mr. Patrick Little approached the City of St. Catharines Honourable Mayor Brian McMillan, to have the joint effort of 4 to save the local club from its permanent folding. The efforts of Tan Qureshi, Javed Mian and legal guidance from its long term president Mr. Patrick Little became fruitful.

The Niagara Cricket Club now boasts a new home ground within Niagara Region. The Niagara Cricket Centre  (NCC) is located on 18 acres of land within short distance from Lundy’s Lane in Niagara Falls. It’s 5 minutes drive from all major highways i.e. QEW, 406 and Thorold Stone Road and less then 10 minuutes from Brock University and Pen Center.

The NCC is a privately owned, state-of-the art cricket ground and practice facility located in the heart of the scenic Niagara Region.  The Club’s mission is to build and design Canada’s premier cricket center within driving distance from Canada’s largest tourist destination; Niagara Falls.  This combination of sport and tourism allows for cricket at all levels to be enjoyed while marveling at of one of the wonders of the world a short drive away. The NCC, composed of Astroturf pitches and international-size boundaries, is also easily accessible by visiting teams from international airports in Toronto and Buffalo, NY, USA

Expecting a Tax Refund? Plan Well! Invest In Your Future.