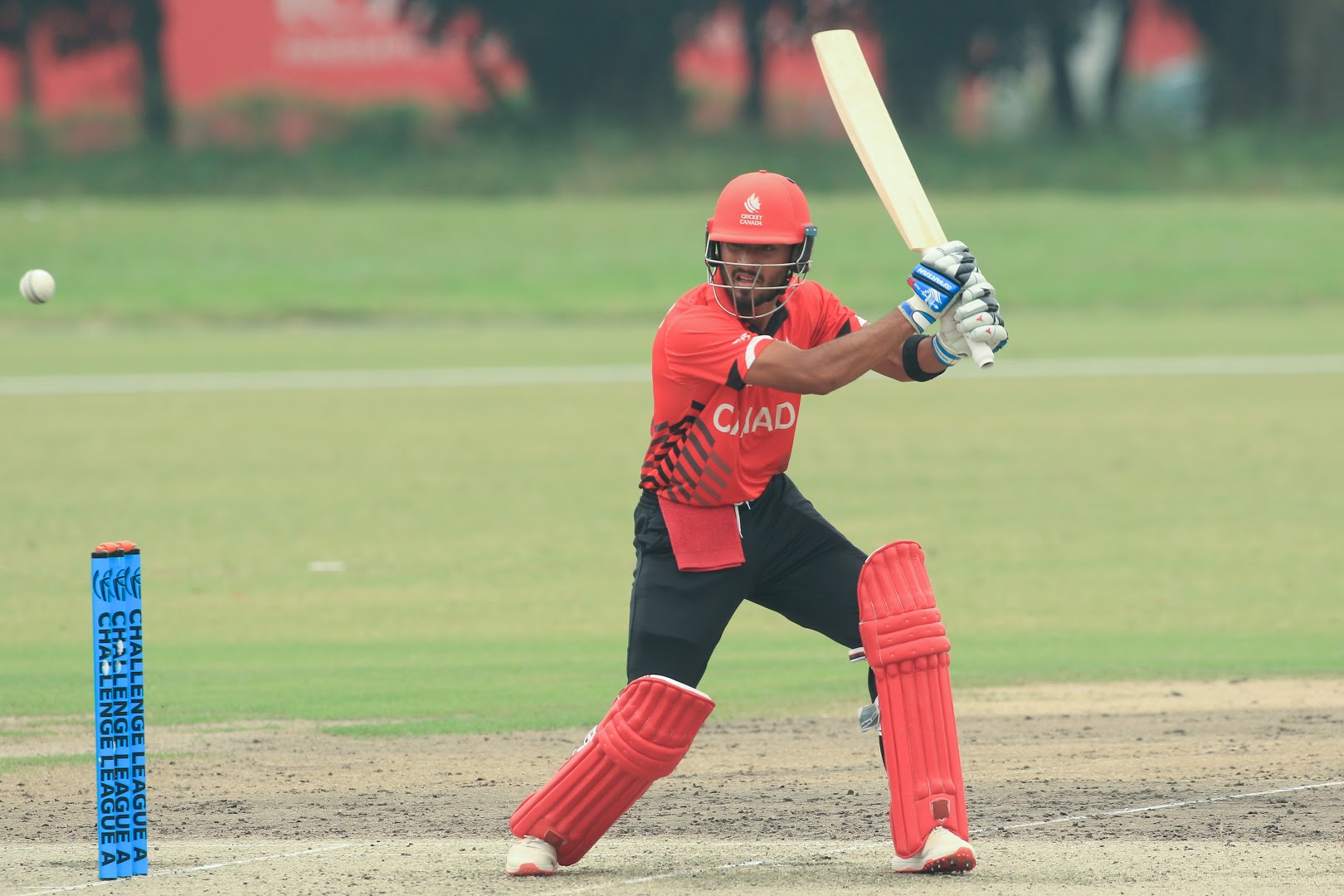 One To Watch: Kanwar Mann

Despite having been born (June 27, 1996) in the City of Patiala in cricket crazed India, somewhat surprisingly it
wasn’t until he had reached the age of 10 that Kanwar Mann first became interested in and actively involved with
the sport. Mann’s family immigrated to Canada in June, 2008, just two years after his new found interest. Unlike
many others whose lives had followed a similar path, he was as a result never given the opportunity to actually play
cricket in India at any level.
of the Canadian National team, but also to maintain his position for a very
long time. Affected just as much as anyonelse by the COVID19 inflicted
disruptions of this year’s Canadian domestic cricket season, he has focused
his attentions on improving his fitness. With an objective of being
in the shape possible, post COVID19, he has also been doing a lot pf drills,
particularly on his range hitting and overall on his batting, bowling and
fielding as well.
Kanwar’s stated ultimate objectives as a Canadian Cricketer are “to
represent the Canadian team in a World Cup match and play a Test
Match for Canada. Lofty ambitions those for a developing Canadian
cricket career that will definitely be “One To Watch!”
Mann’s family had also decided that Calgary would be their Canadian home base. As such for Mann, the opportunities
to become immediately involved in Canadian cricket weren’t as readily available as they would certainly have been
in other cities. It was in fact not until 2012, some four years after his arrival, that Mann’s Canadian cricket career began,
playing as an all-rounder for the King’s XI in Calgary’s District League Division 4.
From that very inauspicious start, Mann’s career slowly but surely progressed until in 2018 he was eventually selected
as a member of Canada’s A Team. In the six years in between his 2012 commencement and the 2 0 1 8
Canada A Team selection, Mann was however a regular member of Cricket Alberta’s Provincial
teams, returning many outstanding performances in annual T20 Tournaments including both the
British Columbia and Alberta Big Bash championships.
2018 was also somewhat of a breakthrough year for Mann. He spent much of the year
in Melbourne Australia, actively playing in a full season of top grade level cricket. He
also represented Canada A in matches against the West Indies A and the Canadian
National team.
In October 2019, Mann was named in Canada’s squad for the St Kitts hosted
Zone A matches of the Cricket West Indies 2019–20 Regional Super50 Tournament.
He made his List A debut on 8 November 2019, for Canada against
the Leeward Islands, in the Regional Super50 tournament.
With the Caribbean Regional Super50 participation exposure now under
his belt, Kanwar’s ambition is to not only become an established member