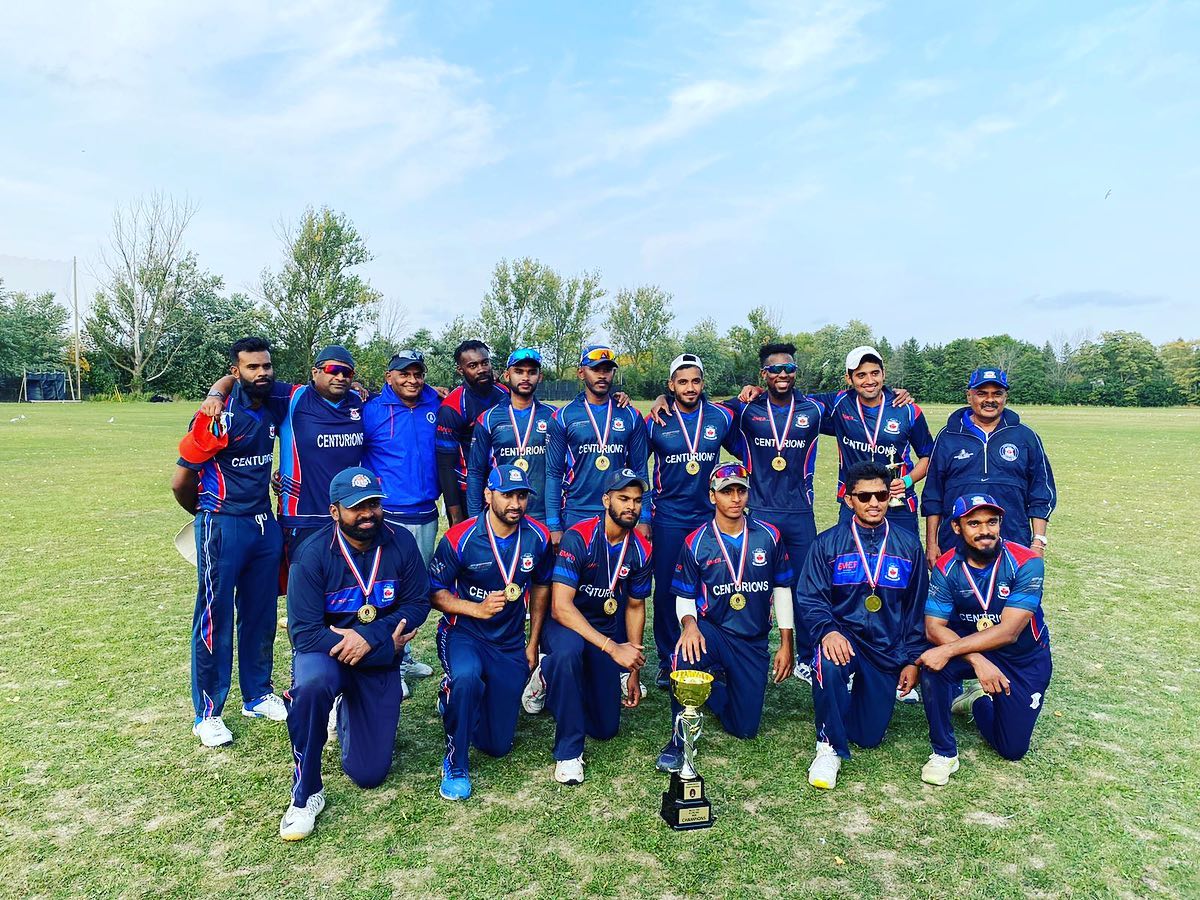 Sanjay Thuraisingam is into serious cooking these days,
and he loves it.
Since the time the world has been swirling in the Covid crisis, the
forced break was God’s gift for this Head Coach of Centurion
Cricket Club and owner of Actionzone Indoor, a state-of-theart
high octane multi-sport facility in Scarborough.
Turning negatives into positive has been Sanjay’s forte, who
refuses to let negativity overpower him. “This is the best time
to coach and plan for the future,” jokes Sanjay, who is in a
cheerful mood.
It has been an unbeaten season for the Centurion Cricket
Club, who won the T&D Elite T20 Championship.
Besides representing Canada, Sanjay has been a bowling
coach for the country too. His rich experience is a result of
his years of hard work. Sanjay’s first match for Canada was
against the US. As a young bowler, Sanjay faced the famous
Faoud Bacchus. Bacchus underestimated the prowess of the
young pace bowler. It just took one delivery for Sanjay to send
Bacchus back to the pavilion.
That was a good start for young Sanjay’s cricketing
career.
Sanjay had been a first-class cricketer in his home country
Srilanka. But serious training started when Sanjay met Coach
Jeff Thomas and Indian born Canadian batsman Joseph
Harris., who captained Canada to the World Cup in South
Africa in 2003.
“Jeff made me change the way I looked at cricket,” reminisces
Sanjay. Their rock-solid relationship resulted in a brilliant 27/5
performance by Sanjay at the ICC Qualifiers in 2001. The
next three years that followed were decisive and changed
Sanjay’s overall perspective towards cricket.
Legendary coaches like Bob Woolmer, Rumesh Ratnayake
and Jeff Thomas inspired Sanjay’s move to coaching.
Valuable tips from these stalwarts, their commendable
conduct, and superior team management skills motivated
Sanjay to transfer his knowledge to future generations.
Determined not to open another cricket academy, Sanjay
started “Your Zone,” a clinic meant for fast bowlers. With his
Level Two Certification by Australia, invitations from cricket
academies poured in. “It was disappointing,” shares Sanjay,
“there was no discipline, and the attitude of the coaches was
casual.”
From a Senior Graphic Designer with Franklin Templeton,
the poor state of cricket coaching led Sanjay to
start Actionzone Indoor in 2015. With seven coaches
specializing in batting and bowling, AZ can take
a cricketers’ capability to the next level. The indoor
facility also has volleyball and badminton.
Starting with ten trainees, Actionzone now is a 105
member strong academy. For the past three U19
world cups, two Actionzone trainees have represented
Canada sofar .
The High-Performance Cricket program is a signature
program of Actionzone meant for promising players.
The HPT Program incorporates speed dynamics,
agility, strength and health enrichment and mental
conditioning. In this program, the relationship between
Coach(s) and Trainee(s) rests on a foundation of trust
that enables coaching dialogue to flow smoothly.
Actionzone has a 50000 square feet indoor facility,
out of which cricket occupies 15,000 square feet of the
total space.
As the Head Coach for Centurion Cricket Club, Sanjay’s
responsibility is to bridge the management and the
players. In this task, his Deputy Balaji Rao, a former
Canadian player and owner, Chandramohan, work
together tirelessly with Sanjay to raise the bar and
achieve success.
An avid fan of Indian all-rounder Kapil Dev, Sanjay is
a great believer in the power of listening and winning
through teamwork. “Everyone has the desire to win,
but it is the will to prepare to win that makes all the
difference,” concludes the Coach who consistently
demonstrates a sincere interest in people.

One To Watch: Kanwar Mann