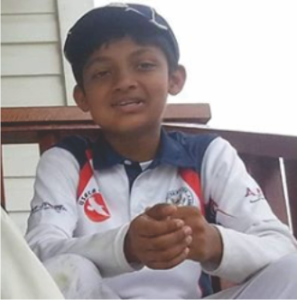 Akhil Kumar started his journey into the game as a four year old, at the Ontario Cricket Academy. Immediately upon coming to the academy, Coach Derek Perera took aside the tiny pre-schooler and did some catching basics with him. After a few simple catches that he easily held, which was still impressive considering his age, Coach Derek threw a few wide of him. Akhil dove, caught and rolled, quickly standing up again and tossed the ball to an awe-struck coach.

Such was the tenacity of the young lad, who over the years developed into one of the finest youth players in the country today. Moving the ranks of local cricket, Akhil eventually captained OCA at the U13 and U16 levels, before leapfrogging into the club’s top senior alongside seasoned international and first -class players while still only 15 years of age. 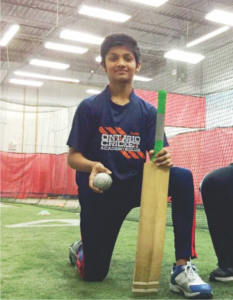 He is seen as the leading all-rounder for Canada U19 after making his international youth debut last year at the age of 17 in the ICC Americas Cup. Currently in the Canada U19 World Cup squad, he is in New Zealand as part of an OCA partnership where he is training and playing matches to prepare for January 2020 in South Africa.

He has scored numerous hundreds over the last few years in junior and senior cricket. He was the leading run scorer in the Mississauga International Cricket Festival this past summer, along with being one of the leading scorers in the TDCA Elite division. What is truly incredible is that his bowling is rated just as much as his batting. Clocked at 86 miles per hour by Steffan Jones (IPL Rajasthan Royals Fast Bowling Coach), he impressed all coaches at OCA’s most recent High Performance Camp in May. 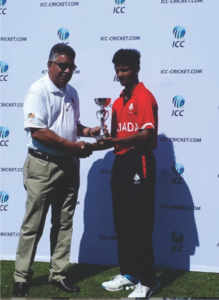 This past summer, Akhil was named the MVP of the ICC America’s tournament, singlehandedly helping Canada to qualify for the World Cup in South Africa. We are certain Akhil will continue to climb higher in the game, with his skill, confidence and work ethic.