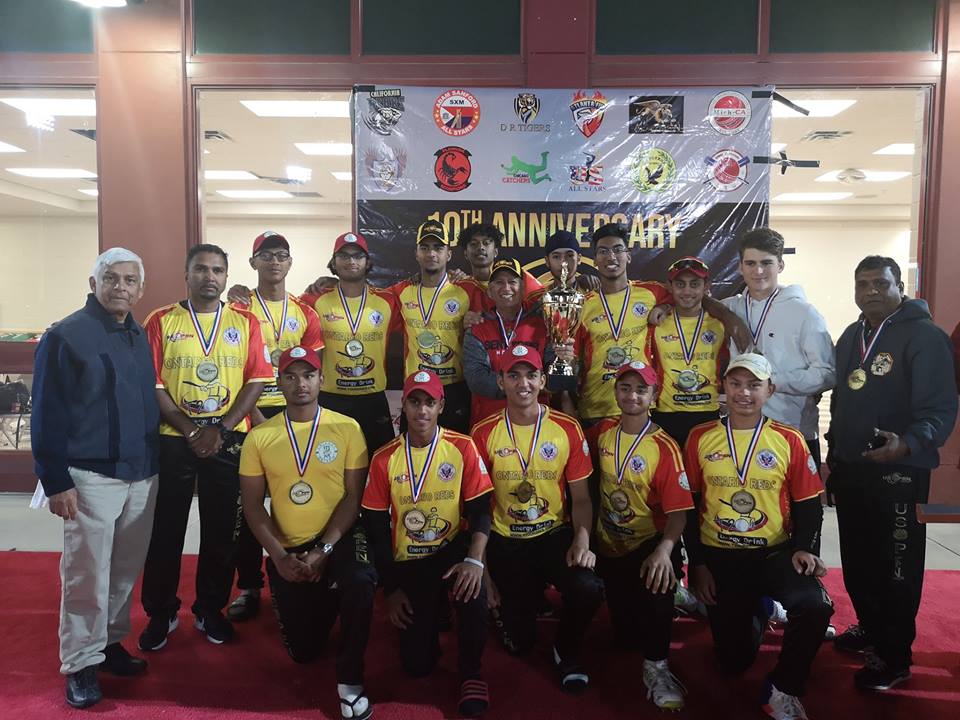 The Alima’s Candid Camera photo for this Issue is of the Ontario U17 Reds Team which recently emerged as Champions of the recently concluded   December 14-17 2018 US Youth Open U17 Championships held in Fort Lauderdale, Florida. Superbly coached by former Canadian cricket Captain Farouk Kirmani and his able Assistant Coaches Sherriff Budhoo and Vish Jadunath the Ontarians completed dessimated their T&T Secondary League Team opponents in the Final. The Canadians were superior to their TT challengers in all three departments, batting, bowling and fielding to emerge as easy victors of the Championships.

The victorious Reds was one of two developmental teams sent by Cricket Ontario to particpate in the US hosted Tournament. The Player Squads for the respective Ontario Teams were as follows:

The photo of the victorious Ontario Reds U17 Team was submitted by the Squad’s Assistant Coach Sherriff Budhoo. Mr Budhoo will be awarded his Alima’s Prize Pack on a subsequent date when he returnd from Florida.

Exciting Times Ahead For Canadian Cricket In The 2019 New Year!