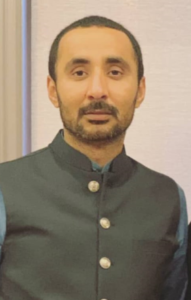 Before his eventual immigration to Canada, Qasim had completed his early education at Atchison College, one of Pakistan’s most prestigious colleges. He was on the college team for multiple sports and of course cricket as well.

It was in 2007 that Qasim came to Canada to pursue his under graduate degree. He graduated from Montreal’s Concordia University in 2012.

Qasim Virk involvement in Canadian cricket began during his student days at Concordia University. He was one of a handful of students who formed Concordia University’s cricket team, securing the required funding from the university and other Montreal based businesses.

In 2012 Qasim moved to Calgary to accept an employment opportunity. Within a year of his Calgary arrival his passion for cricket soon led to a 2013 direct involvement as a player in the local League. By the following year, 2014, Qasim had become a Team Captain and Executive Member of his club, which initially had only 2 teams. Under Qasim’s leadership however, that number soon began to grow impressively, as every year at least one new team was being added to the club. So much so that by 2016, Qasim’s Club had become by far the largest in all of Western Canada!

2016 proved to be a banner year for Qasim Virk, as he was elected as Vice President of the Calgary League. By all indications Qasim may also have been the very first person to initiate the establishment of U10 and U13 Junior Cricket Leagues in Calgary. In 2016/2017, in recognition of his initiatives towards the further development of the Province’s cricket, Qasim Virk was elected as Junior Coordinator for Alberta Cricket Association. He also became the President of Calgary League as well.

Towards that end Qasim would like to see both men’s and women’s Canadian national teams represented in the International Cricket Council’s (ICC) global 50 Over and T2o Tournaments and Competitions. Qasim’s vow is to do any and every thing he can towards Canadian cricket’s further growth and development. It is his dream that Cricket Canada should become a permanent, well-respected member of the ICC and for cricketers in Canada to have far more opportunities than are currently available.