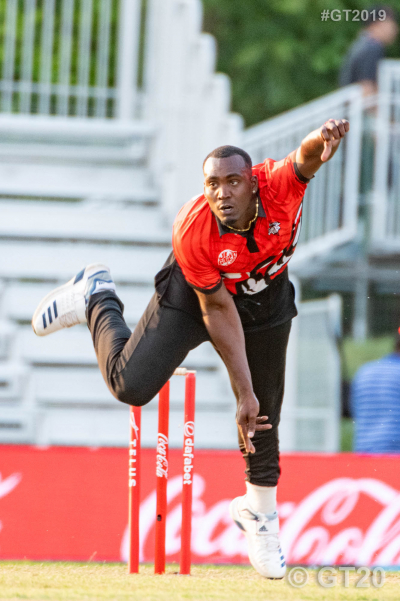 Canada were well on their way to victory over Bermuda when rain stopped play with only 6 balls more needed to be bowled to make the match official. The match was eventually declared a No Result with the two teams splitting one point each.

Bermuda elected to bat after winning the toss, and made a solid start until Dillon Heyliger dismissed both openers. He first had Kamau Leverock caught and bowled for 11 off the final ball of his third over. In the following over he then had Okera Bascome caught by Hamza Tariq for 23 to leave the Bermudians struggling at 36-2 after 8.1 overs.

Nikhil Dutta had Allan Douglas caught to make the score 43/3 in the 10th over, at which point play was halted due to heavy rain. After a lengthy delay, play resumed with the Bermuda innings reduced to 16 overs. Canada bowled well to restrict Bermuda as they hit out in the final six overs, Eranga bowling a double wicket maiden for the 15th over, and Heyliger taking two more wickets in the 16th. Bermuda finished on 82/9.

Chasing a victory target of 83 in 16 allocated overs, Canada opened with Rizwan Cheema and Rodrigo Thomas, The pair blasted 40 runs from the first four overs, placing Canada well ahead of the D/L/S score before rain intervened to prevent the Canadians from making any further progress towards their victory target.