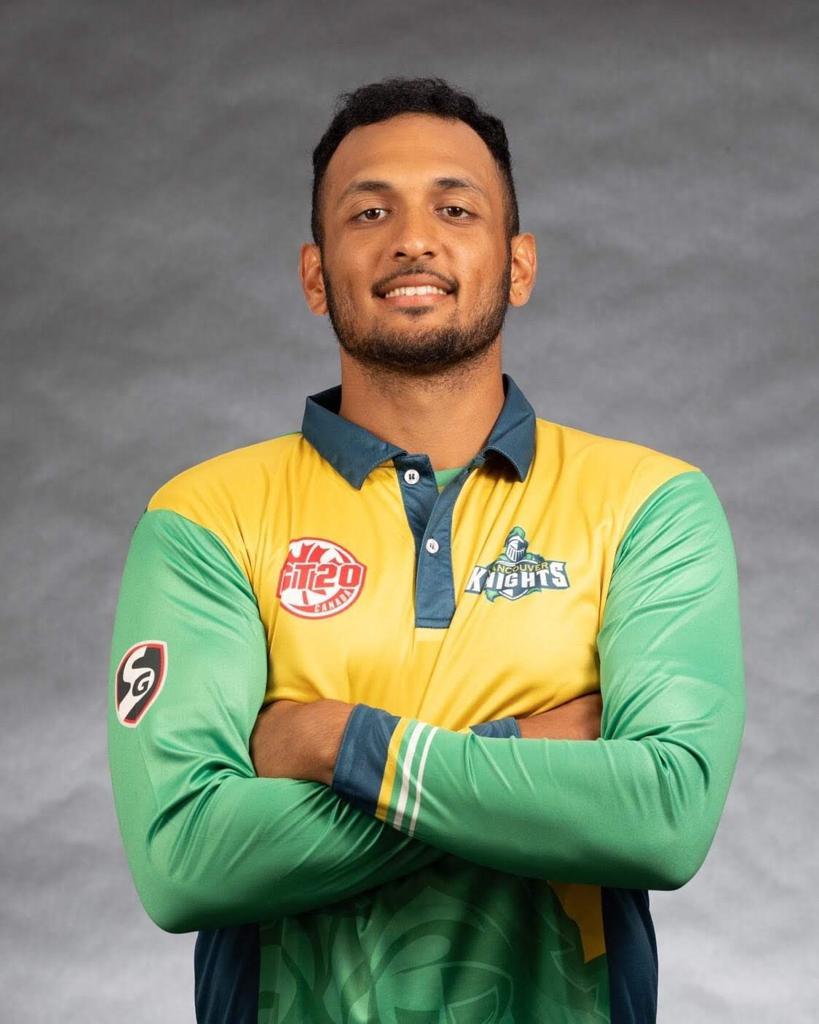 Rayyan Pathan. From Ordinary To Estraordinary!

Rayyan Pathan is excited as he sets for his new
journey as a foreign player in the Everest
Premier League to be played in Kathmandu,
Nepal, this month. But for 29-year-old Rayyankhan Pathan, this is not the
first league, he is participating in. Pathan played a single
ODI for Canada during the World Cricket League and
represented Canada at the Under 19s level during the
2012 Under 19s World Cup Qualifier.

Born and raised in Toronto, Ontario, Pathan has been
one of the few grassroots players who has made it big
in Cricket. Grassroots cricket has contributed a lot to Canadian
mainstream cricket, and that is how it has been in
the country. Canadian grassroots cricket has helped
develop the local talent and confidence of players,
regardless of where each player is from. It has also
helped promote diversity and made Canadian Cricket
a place for equal opportunity.

“I love being a part of something that is grassroots,
and you can see the actual changes, the effect of what
people do,” says Pathan.

True to his claim, Pathan started early and on his own.
“I never did have a coach, majority of my cricket is self-taught,
but I did have my father who is very passionate about the
sport and supported me all the way,” states Pathan, who feels that
one does not need to attend classroom training programmes
for everything.” Observation opens the windows of knowledge
around us,” affirms Pathan.

Since early boyhood, Pathan also has had his role model in his older brother Riyazkhan Pathan aka
Rizzy, a right-hand batsman and a right-arm off-break bowler.
Like Rayyan, Riyaz is a home-grown talent who was included
in Canada’s squad for the 2010 Under-19 World Cup in New
Zealand besides representing Canada several times.

At the age of thirteen, a young Pathan started taking an active
interest in the game of Cricket. Soon he made it to the Canadian
Under-15 team. “And that was it, the thing between us, the thing
neither of us could put our fingers on, the unbreakable bond
between Cricket and me.Period.”

It was not difficult for Pathan to work his way through the junior
ranks and then making it to the senior side. An early entry into
the system enabled Pathan to sail smoothly .” It just took a lot of
hard work and staying consistent,” shares Pathan

Presently, Pathan plays for the Ontario Cricket Academy &
Club run by Derek Perera, a former Canadian player and one
of the most iconic names in the world of Cricket in Canada.
Currently, the Club plays in the Toronto District Cricket
Association. Pathan’s association with his coaches at OCA has
been very rewarding.

Under the mentorship of Coach Perera and Coach Gary Grewal, Pathan finds himself surrounded by people with the same mission. Both Pathan and OCA are firm believers in the latent talent that grassroots athletes possess, and as a practice, Pathan’s Club has been going around scouting young talents and nurturing them. The continued hard work has not gone to waste. It has enabled the Ontario Cricket Academy (OCA) to produce some of the brightest stars in the sport in Canada.

Despite his impressive performance and prominent presence, Pathan remains unfazed. He considers playing for the ODI as his most cherished moment. “Playing the ODI was an unreal experience,” recalls Pathan. The players he idolized, having them as teammates, playing ODI matches alongside them, were defining moments for Patham.” When I made my debut, it just further certified that I belonged at that level,” says a satisfied Pathan.

Pathan ascribes his career-best performance to 215 for OCA in 2017 and two wickets for 50 against Kenya in 2013. But the player’s hunger for excellence is relentless.” I love getting better, I love working on uncomfortable things, and I love the process. Those are the reasons why I can do what I have the last few years, and I know it’s only going to get better.” A strong believer in God, Pathan believes that the Almighty rewards those who work hard, which can come in various ways. “If you continue to put in a solid work ethic, you deserve whatever is the outcome,” Pathan observes.

When the going was good, from the middle of nowhere, the COVID-19 pandemic forced an unprecedented global shutdown. Sport mega-events and sports leagues, including the Global T 20, were canceled/closed or postponed, and fitness centers, rehabilitation centers, and sport clubs had to follow government strictures. The loss of training facilities as social locations had potentially huge health impacts for the athletes. Even in those difficult times, Pathan did not lose his attitude of positivity. Regularly and personally, he practices about 4/5 times a week or even more besides club practice or game. “I’ve been able to accomplish these because of my discipline to the craft and my love for cricket.” During his free time, Pathan destresses by playing basketball and many video games with his little brother.

As of date, Pathan’s most outstanding achievements in Cricket are playing ODI and First Class for Canada. “I do have many good performances, but nothing beats representing your country at the highest level,” re-asserts Pathan.
“My career has evolved exceptionally over the years since I was a junior. I’ve played an ODI and First Class for my country and played a few professional leagues. I’m hoping for more down the road. But My cricket ambition for the future is to help Canada get back to ODI status and get us back playing in the World Cup,” concluded Pathan.
Cricket is the only and first love in the life of Rayyankhan Pathan. An alumnus of the famous George Brown College, career options were plenty for Pathan.” Cricket was and is my only option. I didn’t have to plan another career. I knew this was gonna work out,” says Pathan with a smile.

From a grassroots sportsman, Rayyankhan Pathan has come a long way. He has seen what one can achieve coming from the grassroots, in a do-it-yourself world, and “I’ve seen how far that can get you.”
But never once has Rayyan Pathan forgotten his roots about the importance of friendship, camaraderie, and teamwork.
That makes Rayyan Pathan truly rooted.