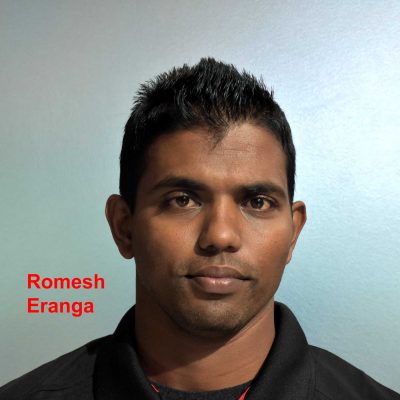 A career-best spell from Romesh Eranga allowed Canada to stage stunning a upset in the WINDIES Super50 Cup match against the Windwards. The Sri Lanka-born Eranga’s amazing and fiery 6 for 21 from 10 overs left the defending champions Windward Islands Volcanoes in shambles as Canada registered a shocking 18-run win in the October 13 CWI Super 50 Cup.

Chasing 207 for victory, Volcanoes never recovered, after Eranga removed the long-standing opening pair of Devon Smith and Tyrone Theophile for ducks in the space of four balls in the first over.

Volcanoes further slumped to 40 for four in the 12 overs before Alick Athanaze came to the crease and put on 86 for the fifth wicket with Roland Cato.

Cato was run out for an even 50 off 78 balls in the 32nd over and Eranga returned to remove Athanaze bowled for 42 in the next over, as the Volcanoes sunk to 128 for six before failing to mount a rearguard action.

The Canadians had a handful of batsmen get starts without carrying on and limped their way to 206 for nine off their allocation of 50 overs.

Opener Navneet Dhaliwal and Srimantha Wijeyaratne both scored 35, their captain David Jacobs added 32, Bhavindu Adhihetty made 29 and Dilon Heyliger got 20.