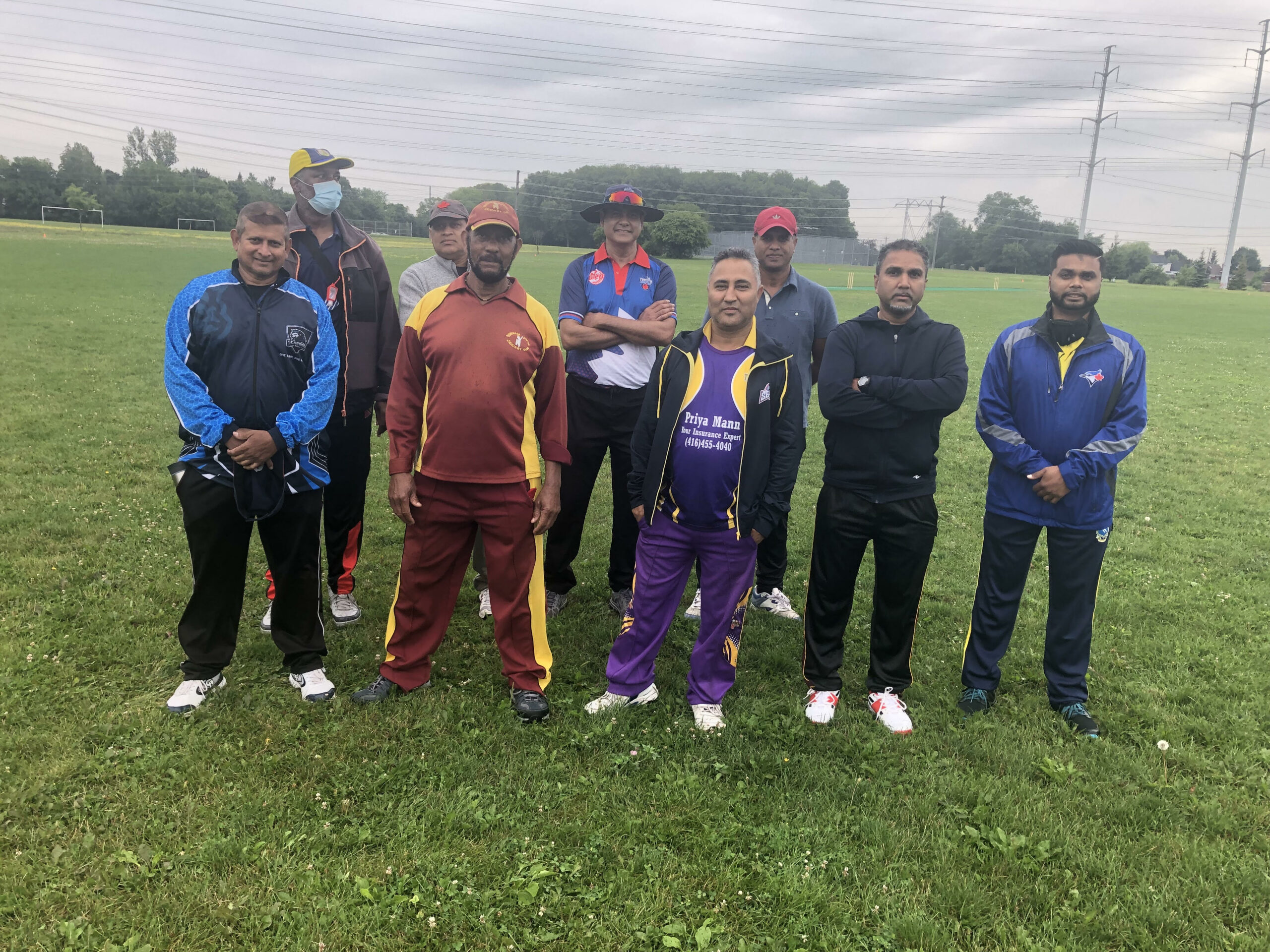 The Scarborough Cricket Association (SCA) inaugural Over-50 tournament was officially launched during the month of July with three teams vying for supremacy and with President Shiv Persaud giving the assurance that two others are likely to join before the 2021 season ends.

The figure is down from the eight which had previously indicated their intentions of participating and according to Persaud, this was due mainly to the Coronavirus pandemic.
In an invited comment, Persaud disclosed that it was a privilege for the SCA to be hosting the tournament. “We do have cricket from the youth level up but because there are limited recreational activities for adults and we consider mental health and physical activities are important for everyone at every age, hence the introduction of the tournament.”

Persaud said “It’s also a way to keep the adults engage, enjoy the game and be competitive and still be able to play league cricket.

Former Ontario Softball Cricket League (OSCL) President, Kenny Girdharry who was part of the West Indies Over-50 team in last year’s aborted World Cup in South Africa, is delighted that the SCA has introduced the tournament. Girdharry, who represented the SCA in their opening fixture versus Centralites, pointed out that “some of our legends playing in Canada were at the cusp of being selected in their national sides and for one reason or another some didn’t get to fulfil their dream, as such SCA and other masters leagues are giving these players an opportunity to relive some of their glory days.”

He feels by showcasing their talent the players are now given opportunities to represent Canada or their birth country in the Over-50 and/or Over-60 World Cups or bilateral series.
Girdharry extended congrats to the SCA for “this wonderful initiative to promote Over-50 cricket and I am positive it will only get better and better each year as other legends join. This will certainly contribute to healthier individuals and communities as a whole.

“Senior cricket or legends as they call it is flourishing worldwide. We have the Over-50 World Cup and there is the Over-60 World Cup. It’s an excellent initiative from the SCA to give back to the community. I wish them all the success and hope it is taken further next year.”Meanwhile, the SCA team, led by former Canadian national wicket-keeper/batsman Surendra “Sporty” Seeraj, cruised to an easy 89-run victory over Centralites in their opening game, played at the Ashtonbee Number Two ground. Led by a superb opening partnership of 174 from Vinay Sadhu and Girdharry who were separated with a mere two deliveries remaining in the reduced 25-over affair, SCA Over-50 reached a challenging 179 for one and bowled out their opponents for a paltry 90 in 22.4 overs. Sadhu, who dominated the partnership, struck five sixes and ten 10 fours in his 108 before he was dismissed while a more subdued Girdharry was left unbeaten on 46 (two fours). Centralites, a predominant Sri Lankan side, were never in the hunt and succumb meekly.