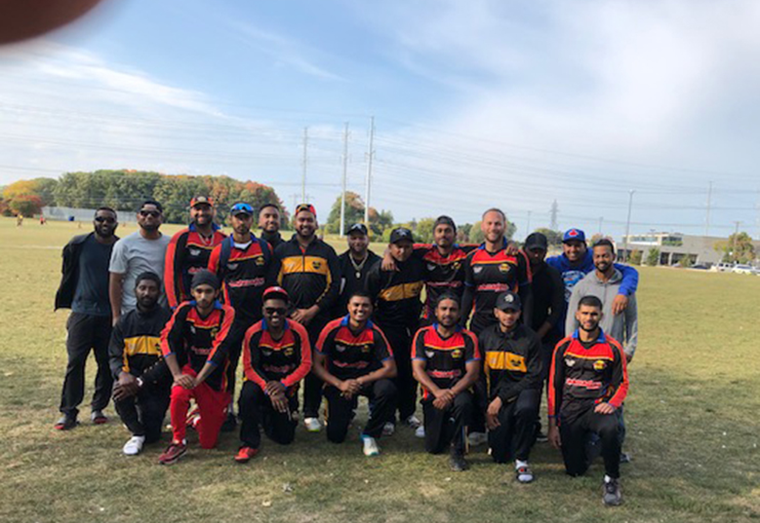 THE 2021 Scarborough Cricket Association (SCA)
2021 season is tentatively set to get underway
on Saturday, July 3 providing the Provincial
authorities issue the necessary guidelines.
This disclosure was made by SCA President
Shiv Persaud while addressing captains and
representative of teams at the annual Captains
Table Meeting, held virtually via Zoom on Sunday,
June 20.
Originally set to commence on Saturday, May 9,
the season, like it did last year, was pushed back
because of the COVID-19 pandemic but the
recent drop in figures can be seen as a shot in the
arm for outdoor sports.
Once the promised Step Two is enforced, which
will see outdoor social gatherings and organised
public events for up to 25 people, cricket will be
permitted with COVID-19 protocols in place.
An upbeat and confident Persaud said the SCA
was fully prepared for the start of the season with
most of the grounds in shape but referred to a few
hiccups that have occurred at some venues.
According to Persaud, despite warnings not
the use the playing venues without permission,
these haven’t been adhered to and as a result,
pitches that were already upgraded were again
damaged by recalcitrant individuals.
Persaud called on the teams to respect guidelines
and bylaws and stressed the importance of
abiding with the protocols which will be put in
place when the season commences. Unlike last
year when teams were placed in a bubble and
played among only teams in their respective
groups, this year will see teams reverting to the old
system.
This season will also see a return of playoffs in each
division after only group winners were declared
last year, with all divisions playing an eight-game
season prior to qualifying for the playoffs.
As expected, the Elite Division will take the
spotlight with the two group winners from last
year, Ambassadors Sports Club and Ajax/
Scarboro Kingz vying for supremacy among the
eight teams which also include Bilal CC, Highland
Creek CC, Islanders CC, Janbaaz CC, Prime
Cricket Club and Victoria Park CC.
The Premier League has been divided into two
groups of five each with Group A consisting of
Ajax/Scarborough Kingz, Bawa X1, Champions
CC, Highland Creek CC, and Kaieteur
International Sports Club while Group B will see the
likes of Bangla Warriors, Island Warriors, Knightly
CC, Scarborough X1 and Toronto Invaders CC.
Ten teams are also in contention in the First
Division with Ajax/Scarborough Kingz, Durham
United, Team Tigers, Toronto Rhinos and United
Titans in Group A and Bangla Warriors, Hawks/
Toronto Braves, Kaieteur International SC, Palace
Panthers SC and Superstars in Group B.
Eight teams will also battle in both the Second
and Third Divisions while the T20 has been divided
into two groups of eight (Elite and Premier) and
the inaugural T30 also two groups of eight (Elite
and Premier).
Two women’s teams – Trinity Women Cricket
Canada and Superstars have indicated their
intentions of participating while Tranzac Women
may also take part but their decision hangs in the
balance.

The Five C's Of Successful Coaching!