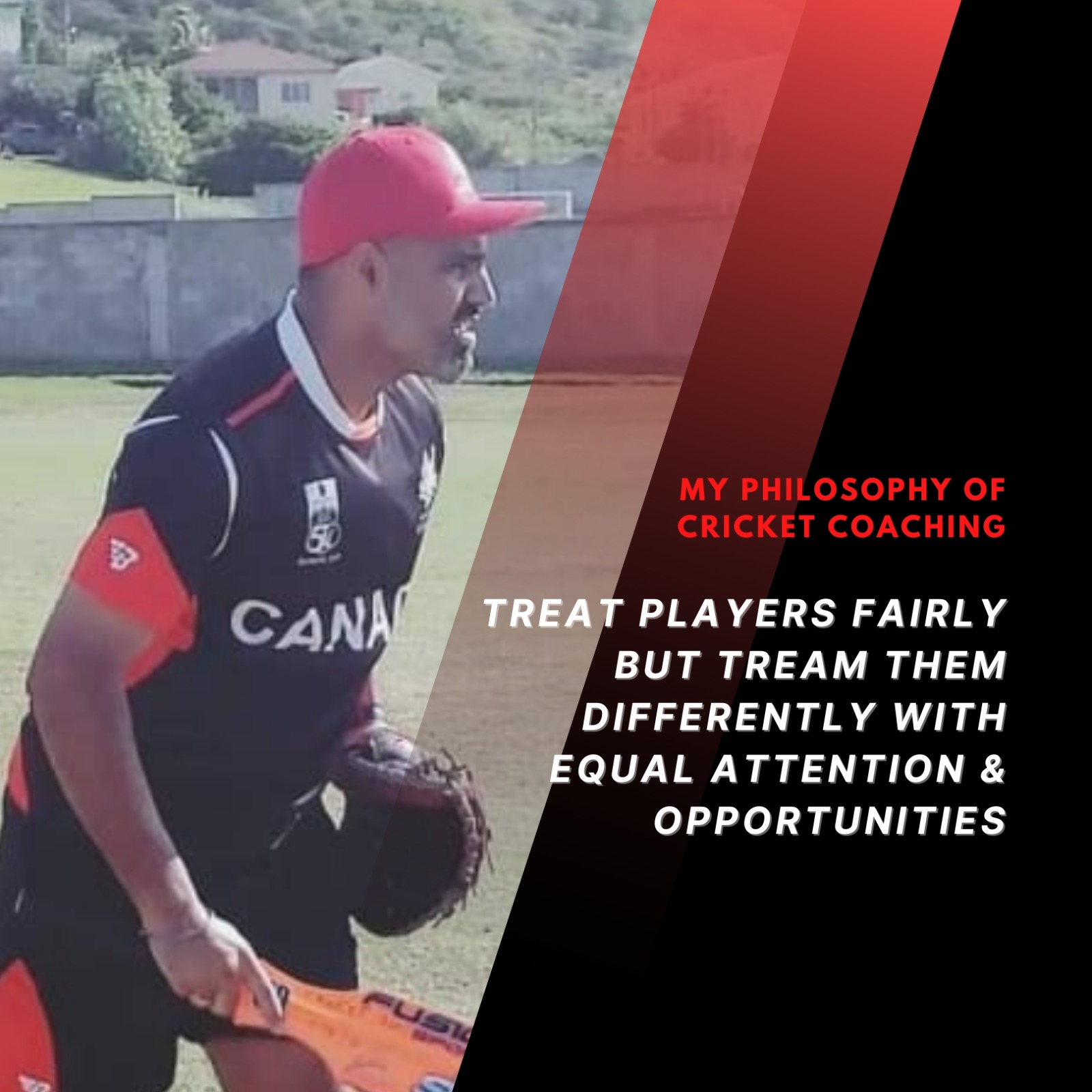 The Five C's Of Successful Coaching!

You can never stop learning in cricket. The
game is so vast and complex that, no
matter how long you have been involved
in cricket and no matter what level you have
reached as a player or as a coach, there will
always be something new to learn.
I have always been aware of this in my
coaching and consequently, I have always
sought opportunities to learn about the game.I
have sought to better myself as a coach and I
have always sought the secrets of building a
champion team. I have been fortunate to have
rubbed shoulders with some prominent coaches.
In my pursuit of my goals, I have been fortunate
to benefit from contact with some world class
coaches, Paddy Upton, Dave Nosworthy and
Gary Kirsten to name a few.
In coaching, it is vital to build good relationships
with players. This will establish trust which will
result in a positive team atmosphere. Players
will back each other and they will start taking
responsibility. The relationship between captain
and coach is obviously critically important in
building a successful team. In this respect, the
coach should have full faith in his captain and
he should make it clear that the captain is in
charge on the field.To help to make a successful
captain, the coach should seek opportunities to
boost the captain’s confidence. If your captain
is confident, then it is highly likely that you will
have a team who are confident. There is no
better example of this thanthe confidence that
Pakistan took from their self-assured captain,
Imran Khan, which enabled them to win the 1992
World Cup.
Dave Nosworthy, who was a mentor to me, taught
me the importance of one-to-one coaching and
coaching in small groups. In these situations, the
coach can spend more time individually with the
player. This is important as every player is different
and the coach should attempt to get to know
each player and what motivates him or her. The
coach should know how to work with different
types of personalities so that he can get the best
from them. In this respect, one-to-one coaching
is essential.
Many teams just rely on their players' instincts and
natural talent to obtain success, but to make
a champion team, I believe that an oriented
team culture is important.A good coach is
always concerned about his players’ growth
and success. All coaches have their own style of
coaching. I believe the first step is player growth
then performance growth. A good coach always
becomes a good friend to a player and tells his
player about his weakness in one-to-one meetings.
In this way a player does not have to face criticism
Page: 28 wickets
in front of teammates. It is never a good
idea for a coach to shout at a player in
front of the team if his fitness or fielding
is poor, just meet him for coffee and
explain your expectations.
I remember listening to Gary Kristen at
one of his seminars. He was speaking
about his coaching experience in India.
Before coaching team India, Gary
was coaching at his academy and
he had no experience of international
coaching. He mentioned that it was a
very challenging task but true leadership
and man management helped him. He
does not believe in criticism, he always
backs his players and this is probably
the big difference between Gary and
other coaches. Gary always reminds his
players about their strengths.
You cannot earn respect with power
and position. You have to look after your
players on and off the field. Your players
should believe in you. It will not happen
immediately but when players look at
your work and dedication, they will
come to respect you and good results
will follow.
There are five things that are critical to
successful cricket coaching. We call
them the five Cs:
Communication-make sure that you
communicate effectively, with your
captain, with your team as a group and
also with individuals within the team.
Clarity-keep your communication simple
and to the point, ensuring that your
message is clear.
Collaboration-work together with
individuals, the other coaches, your
captain and with the individuals within
the team.