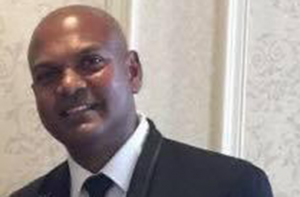 DESPITE the ongoing COVID-19 pandemic which
has curtailed several sports activities worldwide, the
Scarborough Cricket Association (SCA) is moving full
speed ahead with preparations for its 2021 season and
president Shiv Persaud is optimistic that there will be a
“full season.”
In 2020, the teams across all formats, which include Elite,
Premiere, First, Second and Third Divisions plus T20,
were paired in groups and despite playing 12 matches in
each group, there were no playoffs. Winners were decided
by teams registering the highest points in each group.
In his report at the SCA Annual General Meeting, held
virtually via Zoom on January 26, Persaud said plans are
afoot to return to the 14-game season format for each
division while there will also be playoffs.
The 2021 season is slated to get underway on May 8 but
Persaud pointed out that this will depend entirely on the
Government authorities granting the necessary health
guidelines.
Meanwhile, the 2021 season will also be boosted with
the proposed addition of the North ground at Ellesmere,
following the return of the South last year. Both
grounds were inaccessible for over four years following
infrastructural works by the City authorities at the twin
venue.
Persaud said he has been given the assurance by the Toronto
City officials that works will commence shortly on both
pitches, thereby ensuring their readiness for the season.
Persaud had earlier told members at the AGM that the
association was forced to put several aspiring teams on
hold because of the unavailability of grounds but was
hopeful that this would have changed.
Despite being the only association to complete its
shortened 2020 season in the Greater Toronto Area
(GTA), the youths and women divisions had to take a
back seat. Both divisions are slated to return this year. In
addition, the association’s inaugural Over-50 tournament
is set to get underway with teams already registered to
compete in the 30-over round-robin contest.
The promotion and demotion process will also be
activated during the 2021 season after it was put on hold
last season.
The AGM also saw Mark Lall being elected as the lone new
face among the executives. Lall was elected unopposed as
the association’s Assistant Grounds Coordinator after
incumbent Deo Samaroo declined nomination.
Based on the SCA’s constitution only four posts were
contested with Bisham Singh (Vice-president), Mathew
Francis (Assistant secretary/assistant Chief Finance
Officer), Craig Murdoch (Public Relations Officer/
Marketing) retaining their positions.
Long-standing President Persaud, Secretary Eon Gunraj,
Chief Financial Officer Vish Jadunauth, Registrar/
statistician Abigail Rajkumar (the lone female on the
executive body), Grounds coordinator Calvin Alexander
and Webmaster Abhinav Kavuru all retained their posts
which weren’t contested this year.
Persaud reminded those in attendance that “we are all
in this together and have the personal responsibility to
ensure we keep ourselves and family safe at all times by
following all the public health guidelines.”
Persaud pointed out that he was extremely proud of the
members and executives for ensuring the full completion
of the shortened season without any health emergency.
The president congratulated the teams finishing at the
top of their respective groups and players who turned in
outstanding individual performances.
MARK LALL, the lone new executive in the SCA
Page