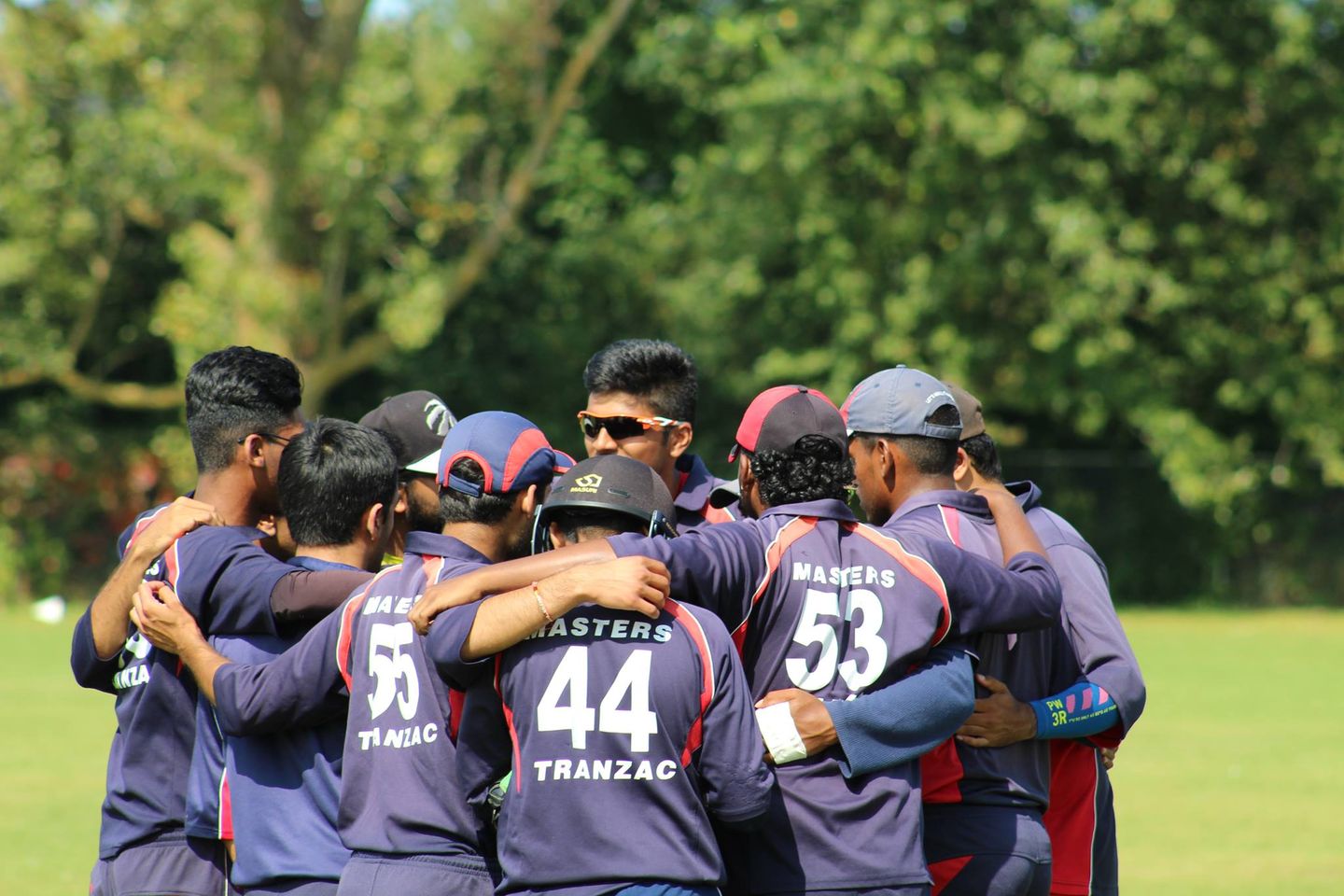 Located in Toronto, Tranzac Cricket Academy
(TCA) offers cricket coaching to women
and children 5 years and up at beginner,
intermediate and advanced levels. Coaching
programs are run by experienced and qualified
cricket coaches in a safe environment. At TCA
there’s a group of talented young players, some who
play on the Canadian National Cricket Team. For
all those interested in playing cricket, TCA offers
and invitation to come join their cricket programs !
Cricket is a fun, exciting and challenging sport that
will bring out the best in any individual.
At Tranzac, the Academy’s goal is to provide aspiring,
hardworking and dedicated players the opportunity,
resources and support to represent Canada and
compete at the highest level of the game. TCA has
a team of experienced and qualified coaches who
administer structured group sessions that include
cricket and fitness drills thrice a week. Programs
are conducted all year round both indoors and
outdoors. Indoor net sessions are conducted at TCA’s
185, Carlingview Drive Toronto facility during the
winter months while outdoor sessions are conducted
at Centennial Park during the summer months.
Tranzac has seven teams in the Toronto District
Cricket Association (TDCA) Cricket League which
is the official cricket league in the GTA recognized by
Cricket Canada. The teams include: 3 junior teams:
Under 13, Under 15 and Under 19 as well as 4 senior
teams: Elite division men’s, 4th division men’s , 5th
division coed and the women’s team.
By playing in these teams, players have the opportunity
to apply the skills they have learned during their
practices to actual games. This gives them first hand
match experience against the most competitive teams
in the Greater Toronto Area.
Tranzac also has a long standing partnership with
Brampton Masters Cricket Club, a club that has
Page: 20
senior teams in the Premier and Elite division of the
TDCA. Brampton Masters is the home club of many
players on the Canadian National Men’s Team. It is
through this association that Tranzac’s players have
the opportunity to play cricket at the highest level in
their region. In the TDCA league, Transzac’s senior
teams are under the banner of Brampton Masters
Tranzac Cricket Club.
TCA offers a variety of Coaching programs for
aspiring cricketers of all ages. These include the
following: Group Coaching which provides cricket
practice opportunities with fellow cricketers in a fun
and engaging environment; U11 Boys & Girls cricket
programs catered to junior level cricket; Personal
One-on-one training geared towards improving
attendees batting and bowling skills as well as Speed
& Agility Training: group boot camp style athletics
training with a qualified trainer.
In the 2019 season Tranzac and Ontario Cricket
Academy had played in the women’s division of the
Scarborough Cricket Association (SCA). Tranzac
topped the round-robin phase but lost to Trinity
Women’s Cricket- Canada in the final. In the 2019
SCA regular season: Tranzac Won 7, Lost2 , No
Result 1, Trinity Women Won 7, Lost 2; Superstars
Ladies Won 4, Lost 4, No Result 2; and OCA Won 0,
Lost 9, No Result 1. In the 2019 SCA Women’s Final
Tranzac women made 147/7 from 25 overs, Trinity
Women’s Cricket – Canada replied with 148/7 from
24.3 overs to win by 3 wickets with 3 balls to spare.
Tranzac Cricket Club won a low scoring Mississauga
Premier Cricket League Women’s Final against
Ontario Cricket Academy (OCA) at Danville Park on
Saturday, October 3, 2020. It was the first inter-club
Women’s league to operate under the Mississauga
Premier Cricket League banner.
The final began in distinctly cool conditions with mist
hanging in the air. OCA batting first after Tranzac
had won the toss and elected to field were dismissed
for a paltry 37 all out. In reply Tranzac comfortably
compiled 38/3 from 12.2 overs to win by 3 wickets.
The same finalists had split the two 2020 Regular
Season League Meetings, each winning once, and
ended with records of 5 wins and 1 defeat in a fourteam
league. Tranzac topped the league standings due
to a better net run rate (NRR), In the double-round
robin league phase, Tranzac scored 116/4 (19.2 overs)
in a loss to OCA 117/2 (17.4 overs) on August 22.
Qasra’s Marukh Imtiaz scored 36 and Hiba Shamshad
made 20* for Qasra while OCA’s Sunita Dinakar took
3/21 (3 overs). On September 26 OCA scored 37/5
from 13 overs, Tranzac replied with a winning 38/1
from 7.5 overs. Opening bat Habeeba Bader lead the
way with 14*