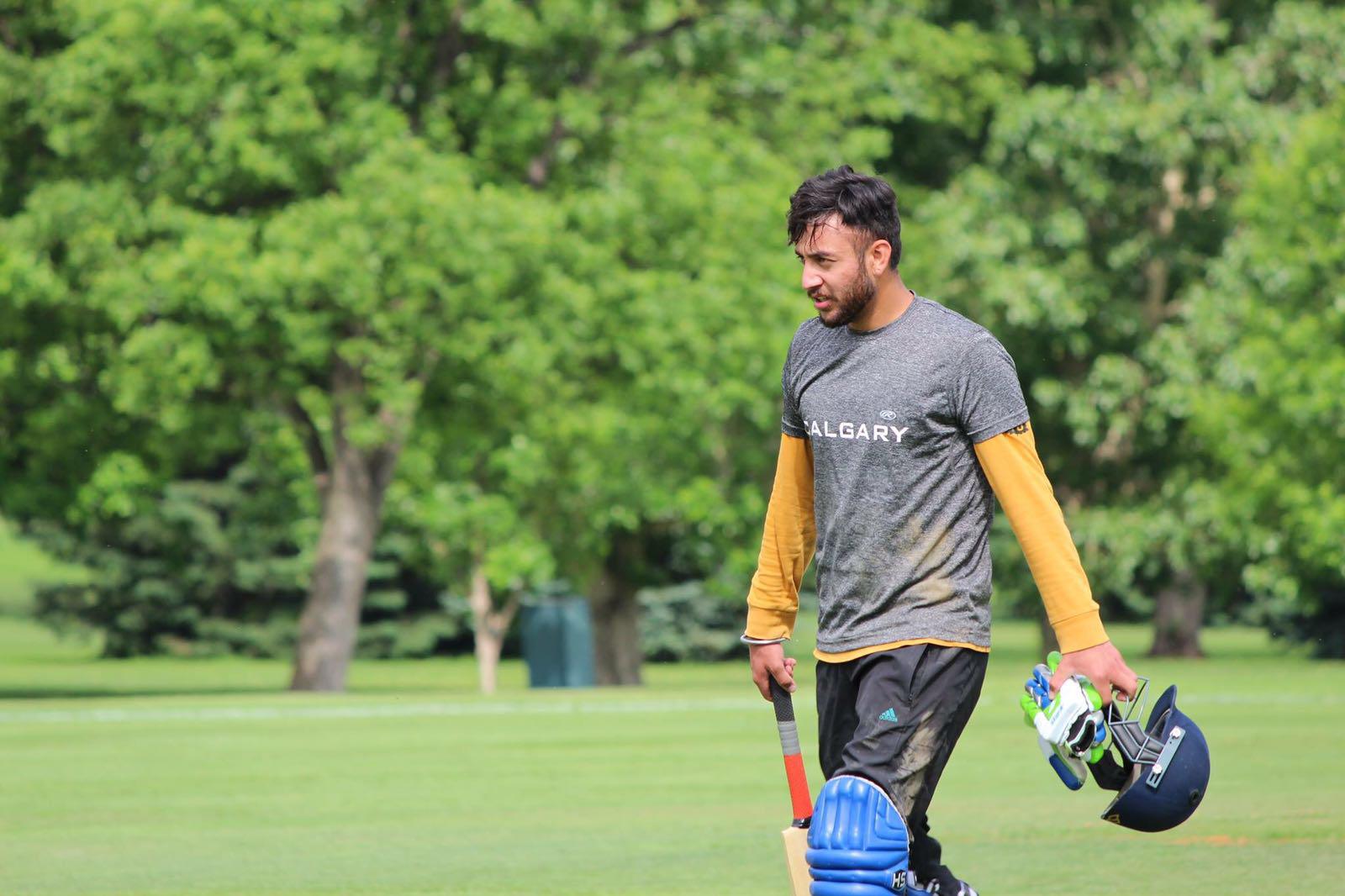 Simran Singh: One To Watch!

By Varun Desai
Mardan Khera is a small village in the Karnal
district of Haryana, India. Simran Jit, a child,
aged 4, would relentlessly bowl his brother
all day under the scorching sun in the cruel summer.
Nothing would deter the young lad, be it his parents’
objections or the pressure from school.

Despite scant opportunities in the locality and
heavy discouragement from parents, Simran remained
unfazed about his life’s goal. “My parents viewed
cricket as a “waste of time,” smiles Simran. He was an
average student but brilliant in sports. The more he
watched and played cricket, the more Simran realized
that this is what he wanted to do.

With stiff competition in India and zero encouragement
from his family, Simran’s passion for cricket finally
triumphed over all obstacles, and his cricket career
took off when in 2015, Simranjit moved to Canada
and started playing for leagues.

“It was not easy for me to enter Canadian mainstream
cricket,” reminisces Simran ‘who currently plays for. Kings
XI Calgary Cricket Club as a left-arm pacer.
“As an international student in Canada, I had to
earn my tuition fees, and for that, I had to do a fulltime
job while taking out time for cricket games and
practices. I grew up with the dream of representing
my nation in cricket; that was the motivation that
didn’t let me give up.”

Though the initial days were difficult, many people
in Canada recognized young Simran’s talents and
came forward to help him. Among those, the two
individuals who played a huge role in the evolution
of his cricket career are Gurpreet Kahlon, besides
Kings 11 Calgary Club and Derek Perera from
Ontario Cricket Academy. “These two gentlemen
went out of their ways to provide me with the
support I needed to pursue my dreams,” shares an
appreciative Simran.

Since he started playing professional cricket in
Canada, Simran has been tirelessly upgrading his
skills, like the run-up of his bowling. This area can have a major impact on bowling and help him bowl more rhythmically and injury-free. Last year, he attended a special camp under fast bowling coach Ayush Mehendiratta in India.

And Simran’s hard work is amply visible in his performance. He helped his team defend 6 runs in the last over a final of Calgary’s friendship cup. Simran refers to another incident is when he was bowling the second last over for a game in which he knew that the bowler bowling the following last over was a non-bowler. Simran felt great pressure to give out as few runs as possible, leaving many runs for the next over. “We gave only 3 runs for that over, and we ended up winning the final”, says Simran.

Simran’s approach to life, both personal and professional, is practical. “I like to keep my head in the situation all the time. Because that’s how you can make good decisions in high-pressure situations,” asserts Simran.

“But when I am not sure about something, I follow my heart,” Simran confides.
For the foreseeable future, Simran’s cricket ambitions are to play for Cricket Canada and eventually play for different franchises. “My end goal is to be on ICC’s top 10 bowlers list. I am working hard to fulfill my ambitions. I continue to work hard in the gym and in the net sessions while giving my best in practices.”

“At the end of the day, let there be no excuses, no explanations, no regrets,” concludes SimranJit Singh, with stars in his eyes.