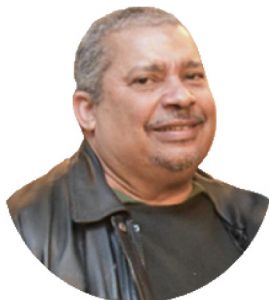 Welcome to this the fourth Issue of
Wickets, Cricket Canada’s official
monthly online magazine. As always
our hope is that Wickets’ provided
content will prove to be both enjoyable
and entertaining to you its Readers!
This month’s provided content includes
our coverage of Canada’s highly
encouraging performances in the recently concluded Caribbean
Regional Super50 Competition. Foremost among these were those
of our cover feature Romesh Eranga, who emerged as one of the
Tournament’s leading wicket-takers.
Thanks to outstanding and most generous support of Barbados
Tourism Marketing Inc. and its hospitality corporate partners,
Accra Beach Resort and Courtesy Car Rentals, I was able to attend
the Kensington Oval’s hosting of the Super50’s Semi-Final and
Final. Having not been at the Oval since 2013, not only did it
feel good to be back at the Mecca but I also thoroughly enjoyed
the time spent with my fellow Caribbean cricket scribes: Messrs
Harris, Parris, Spooner Stuart, Sealey. Mention must of course be
made as well of the man who, as the Tournament’s Media Coordinator,
played a huge role in making it all possible, the indomitable
Woody Richards. Thanks Woody for your outstanding hospitality.
As newly introduced content, this month’s Issue includes a Feature
on Barbados Kensington Oval, as the historic Mecca of West
Indies cricket. The ulterior motive behind this inclusion, which
will likely be followed by similar features on other iconic Caribbean
cricket venues, is that it will serve as a catalyst for Canadian
Cricket’s painfully long overdue acquisition of its own bona fide
home venue!
The most cognizant Wickets Readers will be ever consciously
aware that the “development of a world class cricketing venue
within the next three years” was one the stipulations associated
with Canada’s Global T20 hosting earlier this year. The clock has
already started ticking for the fulfillment of that stipulation.
Last Issue’s One To Watch feature was on the very promising
up and coming talent that is Marcus Nandu. This month we are
equally excited to feature his brother Matthew, who’s prospects for
an outstanding future as a Canadian cricketer seem to be just as
bright as those of his sibling.
Finally this month’s Issue also includes coverage of the Caribbean
hosted ICC’s Women’s T20 World Cup, which at our November 22
production finalization was actually entering its semi-final stages.
Australia set to face the defending champions West Indies in one
semi and England taking on India in the other. Next month’s Issue
will include detailed coverage of those matches as well as the Final.
Enjoy the read and as always feel free to let us know your
thoughts.
Cheers
Tony McWatt