Cricket coaching is much more than just imparting knowledge about the game and developing the skills of the players.  The first objective of a cricket coach’s role should be that of an educator and a mentor.  Cricket coaching should be a vehicle through which the coach is able to direct and influence his/her players lives and development.  In order to do this successfully, the coach must have his/her own values, principles and core beliefs.

In order to be able to guide and mentor successfully, the coach must have a strong and sure sense of his/her own core values.

Thus, leadership should primarily be a movement toward improving people’s lives.  By inculcating a strong set of values and principles in players, this will ensure that the player is well grounded and that they will have the necessary work-ethic and mental strength to apply to improving their game.

The core beliefs, values and principles that I would attempt to get across to my players are: honesty, self-discipline, self-control, dedication, determination, loyalty, listening and learning. 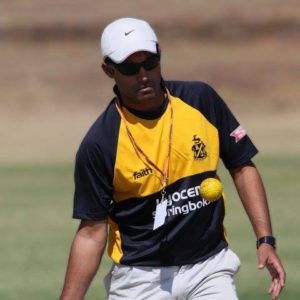 Guiding principles that I coach at are:  Respect yourself, respect others and respect the environment.  I try to incorporate these into my value system and they are core guidelines in my coaching.

My religion (Sikhism) obviously has a strong influence on my core values and the central points of this are:  Give everything (100%) to whatever you are doing.  The power of positive thinking is also very important in my religion and I attempt to bring this attitude to my cricket coaching.

While attempting to influence my players with my core set of values and beliefs, I am always mindful of the fact that each person is unique, each has a different personality and comes from unique background.  When dealing with a team, this needs to be taken into consideration.  Each person within a team needs to be treated as an individual.  This means that man-management is a critical aspect of constructing a successful team.

This fits in perfectly with the fact that cricket is an individual sport, within a team sport.  There is much greater scope for individuality within cricket as opposed to any other team sports.

While the obvious role of the coach of such a team is to make the boys more proficient cricketers, a critical aspect that applies to my coaching and particularly of top teams is to strive to make the players better people.  This is done by imparting life-lessons where the opportunities occur.  Cricket, being a game that is such a great metaphor for life, affords many such opportunities and as a coach, I will have to be on the lookout for these. 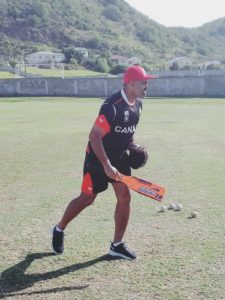 It must be noted that as a team, the relationship between myself and the captain and players will be different to what it would be with a team of adult players.  With a team, boundaries in terms of conduct, manners and etiquette need to be firmly established from the outset.  Although I will be empathetic to the boys in the team, the relationship is firmly one of master and student or father and son.

Again, because the team comprises of boys, the educational aspect of the coach’s role becomes more critical and opportunities for teaching life-lessons need to be sought out.

Particularly as in a group of boys, I attempt to be as positive and encouraging as possible, without compromising on the need to seek out weaknesses and point these out so that corrective measures can be taken.