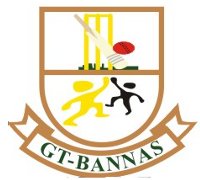 It was during the early winter months of 2009 when a few close friends and the Khan’s brothers, passing time at a local restaurant, decided to form a cricket team. A few of those gathered were already playing for teams throughout Toronto, Canada and felt it would be a great idea to have a team of their own where a group of friends who spend the majority of their free time hanging out together could also play the game they love so much.
The very first question to be answered was, what should be the team’s name? A few names such as GT-Boys, GT-Warriors, Walker Terrace warriors, Titans and a few others that were suggested did not have any real symbolism. After spending a few weeks trying to come up with a name, the realization finally dawned that one word which most of them hailing as they were from Georgetown, Guyana were overly familiar with was “Bannas”.
One of the meanings the urban dictionary has for Bannas is : “close friends of yours!” Since the team was indeed consisting of mainly friends, the name seemed to be the most appropriate. As such very soon after, the team was officially registered as the “GT-Bannas Cricket Club” and a logo was subsequently created.
The first logo was created with three letters “GTB” and was later on modified with a shield with two halves. The upper half has the symbol of stumps, a bat and a ball representing the sport of cricket, while the two silhouettes high-fiving on the lower half of the shield, represents friendship.
From its humble beginnings with only one team and two wins in its inaugural 2009 season, GT-Bannas Cricket Club has long since become a force to be reckoned with in both Ontario Cricket league and Masters Cricket League Tournaments. The Club now has two competitive representative teams in each of those Leagues.
As a cricket Club, GT-Bannas’ members encourage and foster the finest ideals of the sport, in an atmosphere of good sportsmanship and team spirit. They are also a club that has a community focus, as is reflected by their expressed annual support of many worthwhile projects, both locally in Toronto and further abroad in their native country Guyana. The Club also encourages and promotes physical activity among its young adults and over 40 members. It ensures that all of its provided services are fair and transparent to all members.
One of GT-Bannas finest moments occurred back in 2017. Instead of doing battle on the cricket field to determine who would win a match, the GT-Bannas Cricket Club and Rivals Sports Clubs joined forces in a fundraising event held at Jacks Sport Bar on Birchmount and Lawrence. The fundraising event was held in aid of support for Ms. Nasima, who had a brain tumor and needed surgery.
Even though they hardly knew Ms. Nasima herself, the members of both Clubs were acquainted with her brother “Uncle Nick,” a well liked gentleman with both cricket teams. When they heard that his sister needed help, several members of both clubs came together to have a Domino Tournament which eventually raised $2000 Canadian dollars to help with the surgery Ms.Nasima needed.
When the cheque was presented to Ms. Nazima, she was overwhelmed and thanked everyone for having made the event a success. She left shortly after for her surgery taking with her the very best wishes of the GTBannas and Rivals Sports Clubs members’ for her complete and speedy recovery