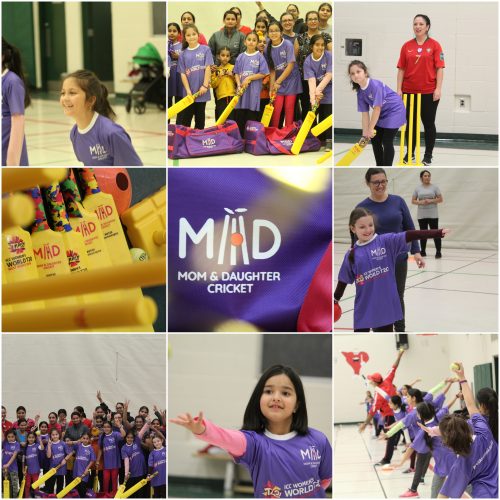 2018 was undoubtedly a much welcomed Revival Season for Canadian Women’s Cricket, punctuated as it was by so many firsts. Among the first ever highlights of the Season were the following:

During 2018 Ontario’s Women’s cricketers also had the opportunity for the very first time to play in 2 separate domestic leagues organised by the Scarborough Cricket Association and the Ontario Cricket Development Organisation. Most recently, several Ontario schools also participated in the ICC launched Mothers and Daughters (MAD) initiative to promote girls cricket at the grassroots level. MAD Cricket was very well received in the schools at which it was launched, with well over 60 mothers and daughters registering for the November 11, 2018 Session that was held at   Brampton’s Springdale Public School, Brampton. At the conclusion of the sessions all participants received T-shirts and other memorabilia.

With such an encouraging 2018 Revival Season as their foundation Canada’s previously dormant Women’s Cricket fraternity can now look forward with renewed optimism for their achievement of even further progress in 2019. Towrds that end the ICC Board in a recent meeting this past Oct confirmed that there will be qualifying event in all the five ICC regions (including the Americas) with the top team in each region progressing to both the ICC Women’s Cricket World Cup and Women’s World T20 Qualifiers.

This is a significant policy decision as it will revive the erstwhile America’s Cup competition which was terminated in 2012. After a gap of 6 years, players that have remained resolute in their goal to represent Canada will finally get an opportunity and those that have been on the sidelines will now be encouraged to take the leap. Canadian women were the winners of the last edition of the America’s Cup that was held in the Cayman Islands in 2012.