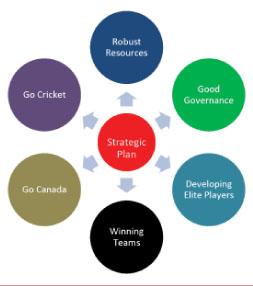 Cricket Canada’s adopted Strategic Plan outlines six targeted core objectives that the it should seek to fulfill in pursuit of its Vision for Canada “to be a leading cricket nation through growing popularity, building a sustainable organization and achieving international success!” At the very top of the chart, occupying prime space as one of the most essential of the six targeted core objectives is the development of “Robust Resources!” According to the Strategic Plan such development would be manifested by successfully productive activity in three areas: a) the developing sustainable funding model b) the diversification of funding sources and c) the maximisation of existing funding opportunities. Cricket Canada’s Strategic Plan also identifies seven strategic initiatives which should be pursued as a means of fulfilling its Robust Resources objectives.

This coming May will be the first year anniversary of Cricket Canada’s official adoption of its Strategic Plan. Now is therefore as good a time as any to review the progress that Cricket Canada has made towards the fulfillment of its Robust Resources objectives, at least from the standpoint of that which has become visible and made known to the public.

The entries and qualifications of Canadian teams, from the Senior Men’s and Women’s levels through to the Juniors for various ICC staged events would suggest that Cricket Canada has been successful in the achievement of the first of the seven identified Robust Resources Strategic Initiatives. There is no evidence to suggest that ICC qualification and application processes have not been successfully standardized and operationalized.

From all appearances the same cannot however be said about Cricket Canada’s implementation of the second Strategic Initiative. The only real “commercial event” that Canada has hosted within the past year has been the Global T20 Canada Tournament, the administration of which was almost wholly managed by the Mercury Group and its contracted employees. Although Cricket Canada did successfully stage its first ever CricketFest last Summer, that could hardly be qualified as a “commercial event!”

As of now Cricket Canada’s organizational structure remains as a two person professional operation supported by hordes of volunteers, including its President and hos fellow Executive Board Members. The argument can therefore be made that unless and until Cricket Canada expands its professional staffing component, realistic implementation of infrastructural development to support commercial events will never quite be achieved.

Initiative number three, to standardize and operationalize Sports Canada and other grant funding qualification and application process, not unlike number one, is an internal administrative process. There having been no public evidence to the contrary, one can therefore only assume that by now this initiative would have been successfully implemented.

The existing evidence however does not in any way suggest that Cricket Canada has made any actual progress towards a meaningful implementation of Strategic Initiative number 4: Develop sponsorship revenue generation program, sponsor management program. Although there were some rumblings of a major sponsorship acquisition by Cricket Canada towards the end of 2018, to date nothing concrete has materialized and Canada’s national teams have remained bereft of a Corporate Sponsor.

The successful staging of last year’’s Global T20 Canada tournament and the plans that are now being put in place for its continuation this year, would serve as a highly commendable achievement by Cricket Canada of its fifth Robust Resources Strategic Initiative: the targeted development of a yearly commercial event program. 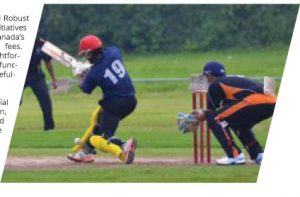 Last year’s highly successful inaugural CricketFest Tournament was also highly suggestive of its very real potential to become a second annual commercial event for Cricket Canada. For this to be achieved however, Cricket Canada will first and foremost have to pursue the addition of a qualified and competent sponsorship acquisition oriented individual to its professional staffing component.

For Cricket Canada to achieve the implementation of the sixth Robust Resources Strategic Initiative: increasing online revenues, its current website would have to be almost completely revamped. There have been indications from Cricket Canada that this is indeed being pursued but as yet no actual progress, in terms of an improved website, has been revealed.

The last of the seven targeted Robust Resource Strategic Initiatives suggests a review of Cricket Canada’s member contributions and fees. This is obviously a fairly straightforward internal administrative function which by now would hopefully have been implemented.

Almost a year into its official adoption of its Strategic Plan, Cricket Canada’s report card for its achievement of the Plan’s Objectives and Strategic Initiatives would arguably reflect an overall C grade. Four of the seven identified Strategic Initiatives numbers 1) Standardize and operationalize ICC funding qualification and application process; 3) Standardize and operationalize Sports Canada and other grant funding qualification and application process; 5) Develop yearly commercial event program and 7) Review member contributions and fees can be viewed as having been successfully implemented. Very little publicly visible progress has however seemingly been made towards the implementation of the three remaining Strategic Initiatives: 2) Develop infrastructure to support commercial events; 4) Develop sponsorship revenue generation program, sponsor management program and 6) Increase online revenues.

There’s still much left for Cricket Canada to do therefore as its seeks to fulfill its Strategic Plan development of Robust Resources. Hopefully this will be the year when it actually manages to do so to the benefit of the further development of Canadian Cricket! 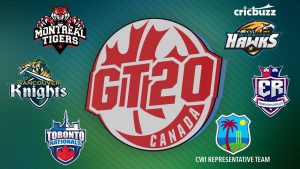