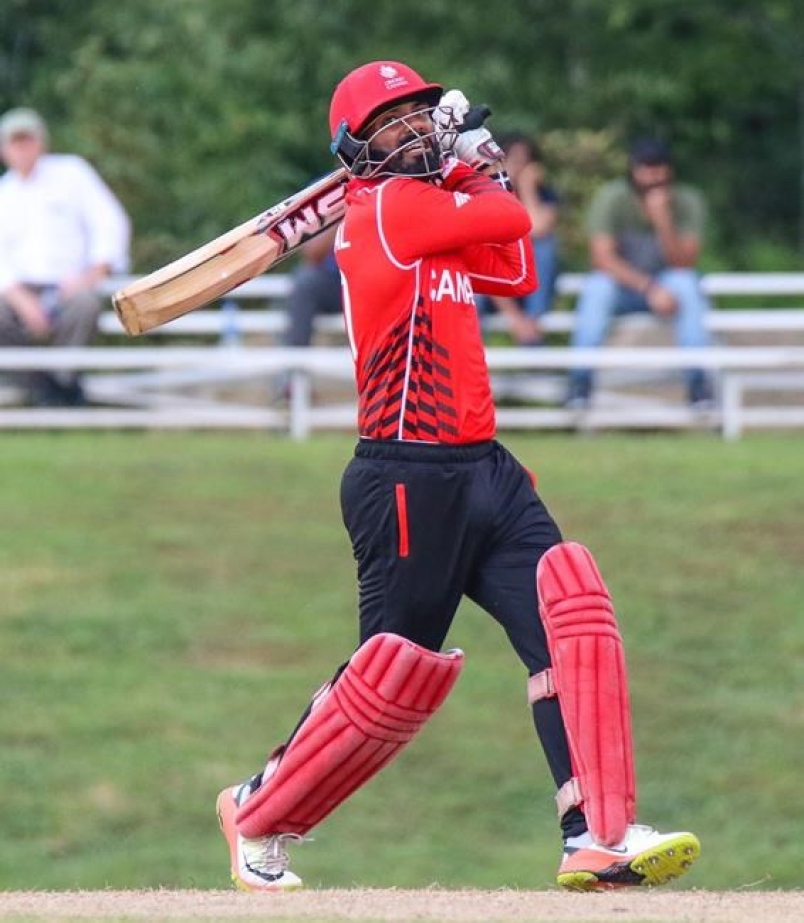 English cricketer Alex Hales’ confirmation of COVID-19 symptoms after his return from
the Pakistan Super League has proved to be another major setback for both commercial
and recreational cricket all over the world. Here at home Canada’s dreams to make it
to the ODI status was hit hard when ICC put off the ‘ICC Men’s Cricket World Cup
Challenge League A’ scheduled between March 14-28 -2020 tournament due to the
sudden outbreak and rapid spread of the COVID-19 across the globe. The much-awaited
11-day tournament also involved teams from Singapore, Oman, Denmark, Vanuatu and
Host Malaysia was scheduled to take part in that tournament.
It was going to be exciting. On March 17, Canada was scheduled to open against host Malaysia. Being the group lead, the men’s team was to kick off the 2020 tournament. The precedents
were encouraging and both players and management were optimistic .The
Canadian men’s team’s only loss in the 2019 Tournament was to Singapore!
That was just the beginning. With the outbreak of Covid-19, in this
Olympic year, sporting activities across the globe came to a grinding
halt.The collapse of sporting events one after another across
the world has been continuing with the threat of the
coronavirus pandemic that has claimed lives of more
than 10,000 people. The cricketing world also
succumbed to the COVID-19 fear as a series
of events had to be hurriedly terminated or
suspended.
Here is a quick rundown of the cricketing events
affected by COVID—19.
The Indian Premier League, IPL 2020, the most cash rich league, was
originally slated to begin from March 29 and continue till May 24. After
much brainstorming, finally, the tournament had to be called off in view of
the huge population of the Indian subcontinent for most of whom cricket
is their religion. Under such circumstances and with a huge fan following
for IPL, social distancing would have been impossible to accomplish thereby
increasing the danger of this fast spreading virus manifold .
As things stand now, the League has been deferred till April 15 and the
Tournament could possibly be played behind closed doors. It will be a new
experience for both the players and the cricket fans if crowd support is
taken off the game. Time will tell whether this compulsive experiment
would be hit or a flop. But as the deadly virus is taking over the world,
the IPL may be further delayed which would mean financial
losses for sponsors, for broadcasters and match officials.
The empty stand plan did not work for the ODI matches
between India and South Africa. The matches were cancelled with a plan that South Africa will revisit India at a later date to play three One-day Internationals. Cricket South Africa has also suspended all forms of cricket in the country in the country for 60 days in response to the virus outbreak.
Another exciting Premier League in the subcontinent, the Everest Premier League (EPL), Nepal’s biggest franchise T20, scheduled to start on March 14 has been postponed on account of the government’s directive to refrain from mass gatherings for fear of transmission of the deadly virus.
England and Sri Lanka have also indefinitely postponed the two-Test series that was to be played in Galle and Colombo.
Australia has undertaken similar measures, confirming that the three men’s ODI fixtures it will play against New Zealand in Sydney and Hobart will be to empty stands. The two sides remain set to meet at three venues in New Zealand for T20 international clashes, in Otago (March 24), Auckland (March 27) and Christchurch (March 29).
With Kane Richardson testing negative and Lockie Ferguson returning from isolation, stakeholders in cricket are taking a serious view of the matter to ensure that health concerns always remain above those for cricket.
Surely the Malaysia trip cancellation is a dampener for the Canadian cricket team especially when Head Coach Amrinder Bhinder had been forward to his team playing “hard disciplined”cricket. It would also have been a coveted opportunity for Navneet Dhaliwal, Captain of the national team for the ICC Challenge League A .With Cricket Canada receiving less than $100k per year from Sports Canada, it may be a challenge for the Canadian national cricket team not only to sustain the same level of motivation but also to invest in training till the next dates are announced. Cricket Canada officials have shared that there is a possibility that the tournament could be rescheduled around September in Malaysia, subject to the course of events that will take place with regard to COVID-19.
In the current scenario, the decision to suspend all forms of cricket seems to be the best one in view of the rising COVID 19 pandemic. Surely it was an unexpected setback but this can bring new and positive possibilities for the Canadian team. Cricket is all that matters to the team and several others associated with the game and hence losing focus from the goal seems impossible.
The distraction of the Coronavirus surely cannot steal the commitment and solidarity of Team Canada. This period of isolation will not only help the players engage in self-reflection but also help them redesign and work towards a clearer goal for the betterment of cricket.