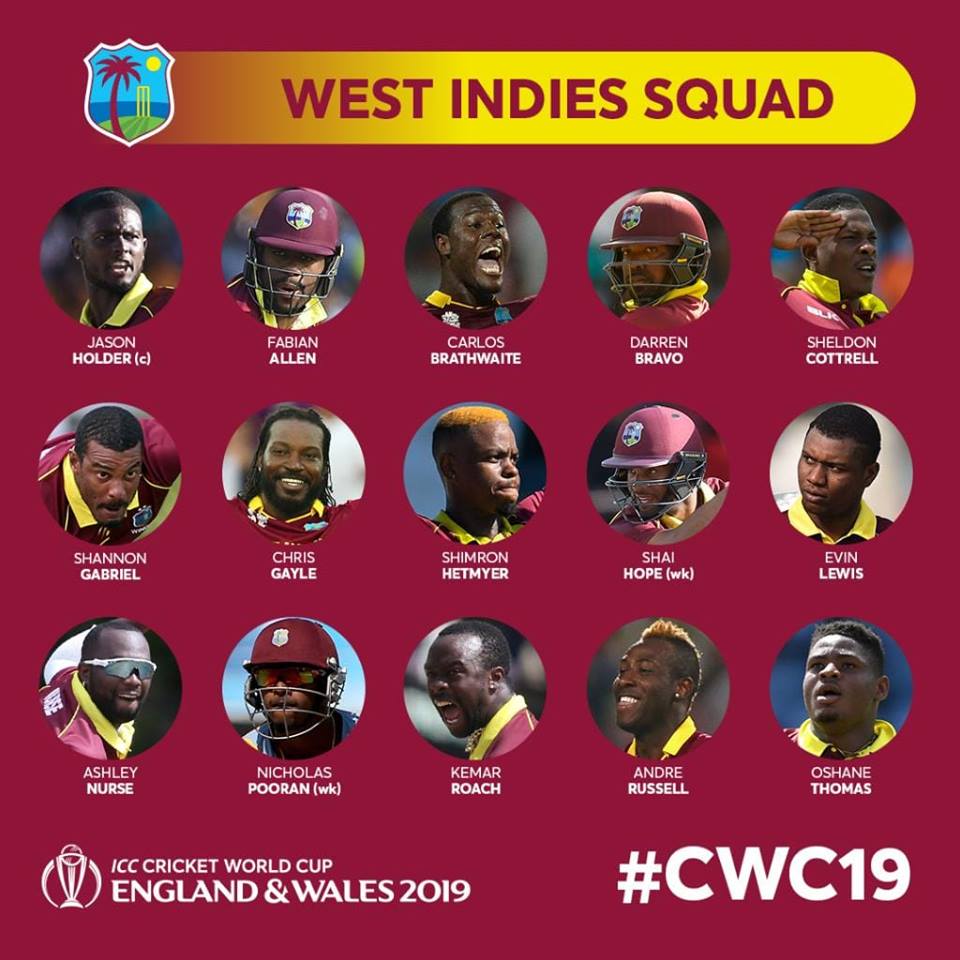 Fabian Allen, Carlos Brathwaite, Shannon Gabriel and Ashley Nurse have been included in the West Indies Squad of 15 for the 2019 ICC World Cup. There was no place for West Indies Indian Professional League (IPL) stalwarts Sunil Narine, Kieron Pollard and Dwayne Bravo.

Interim chairman of the Cricket West Indies selection panel Robert Haynes announced the squad during a media conference on April 24 at the Sandals Royal Resort.

The 15-member squad includes nine players that will be making their first appearance in the global showpiece, including emerging batting star Shimron Hetmyer, the captain of the West Indies Under-19 side that won its first ever ICC Youth World Cup three years ago in Bangladesh, and the side is boosted with the inclusion of big-hitting all-rounder Andre Russell.

Gayle will be making a record fifth World Cup appearance for West Indies and needs just 253 runs to overtake fellow left-hander Brian Lara and become the leading batsman for the Caribbean side in One-day Internationals. The self-proclaimed, “Universe Boss” is the headline act of a batting line-up capable of changing the complexion of any game with enterprising stroke-play.

Roach will be making his third World Cup appearance and Gabriel his first, and they will be hoping to transfer recent success in the longest version of the game into the ODI format to spearhead the attack.