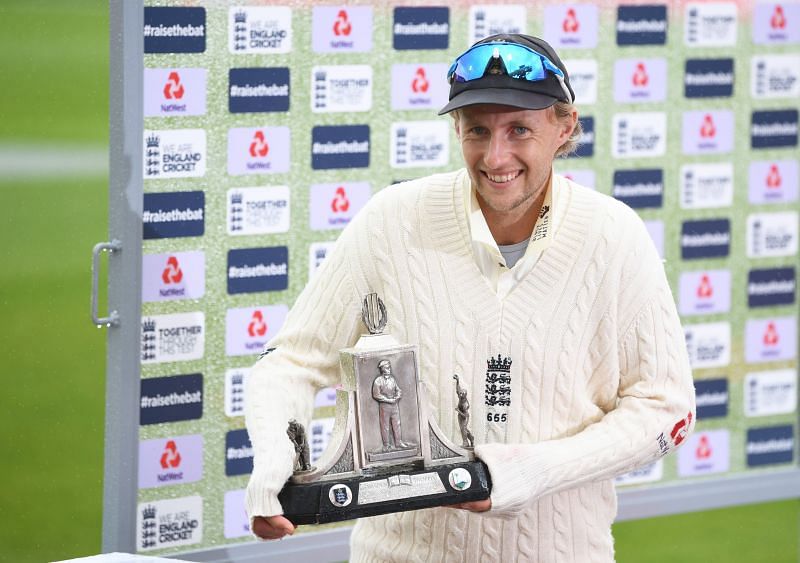 Roland Butcher, the first black cricketer to represent England in Test and
One Day International matches says complacency is the reason the West
Indies lost the recently concluded Test series against England.
The Series, the first Test to be played after the outbreak of the deadly coronavirus
pandemic took place in bio-secure conditions at the Rose Bowl and Old Trafford.
The West Indies narrowly won the first Test at the Rose Bowl by four wickets,
but England rebounded and soundly whipped them by 113
runs in the second Test at Old Trafford to level the series.
England ruthlessly crushed their guests by 269 runs in
the decider at Old Trafford, to win the series and regain
the Wisden Trophy they’d lost in the Caribbean twenty
months ago.
“The West Indies believed the exaggerated comments
in the media that they would win Test series because
England lost to them in the Caribbean last year and
became complacent. No consideration was given to
the fact that England are a formidable unit at home
and are very difficult to beat,” says Butcher who was
born in Barbados and played professional cricket for
Middlesex from 1974 to 1990.
According to Butcher, winning the first Test after
the excellent bowling display of fast bowler Shannon
Gabriel and a match winning innings of 95 by
Jermaine Blackwood was the worst thing to happen
to the West Indies. He strongly believes that the West
Indies became over confident after the victory because
it reinforced their belief that they could easily beat
England.“The West Indies were given a
sense of false security winning the
first Test, they became caught up
in the euphoria of winning the Test
and took their eyes off the ball. The
selectors ignored the fact that Gabriel
was playing his first serious match for
over a year, following a major surgery
on his ankle. The selectors should have
acknowledged his performance and
omitted him from the second Test, in
order to have him fully fit for the third Test,”
he explained.
The former middle-order batsman said while
the West Indies were celebrating, their
opponents were planning a strategy that
allowed them to bounce back and win the
remaining Tests .
“I got the impression the West Indies had
achieved their mission after the first Test,
because they proceeded to make several
elementary errors in the second and third
Tests. The most glaring mistake was picking
a spinner instead of a fast bowler in the third
Test and fielding after winning the toss. This
decision give England the initiative, and they
won the match by a massive 269 runs,” Butcher
said.

The West Indies batting was deplorable in the
Series, they slumped to 27 for three, chasing 199 runs
for victory in the first Test before Blackwood guided
them to victory with a match winning innings of 95. In
the first innings of the second Test, they were cruising
at 199 for four wickets and were bowled out for 287. In
the second innings the West Indies were dismissed for
198 in 70.1 overs.
The batting was at its worst in the third Test, the West
Indies scored 197 in the first innings and crumbled for a
mere 129 runs in the second innings. Butcher said some
of the batsmen were out of form but most of them lacked
the skills to cope with the swing to of Jimmy Anderson
and Stuart Board.
“Several of the batsmen were out of form, most of themhave first-class and Test averages in the low 30s. Therefore, they were always going to struggle against
Anderson and Board who have over a thousand Test wickets between them and are devastating in English
conditions. John Campbell and Shamarh Brooks were inexperienced in English conditions, and the senior
batsmen did not step up to plate, at all throughout the series” he posited.
Prior to the Test series, the West Indies pacers of Gabriel, Kermar Roach, Jason Holder and Alzarri
Joseph were being touted as one of the best fast bowling attacks in the world. According to Butcher keen
followers of the game knew the fast bowlers were going to be tested
in England.
“Our bowlers were always going to
be tested in England, Gabriel was
recovering from an ankle injury,
Joseph is still inexperienced
which left Holder and Roach to
do the bulk of the work,” Butcher
said.
Butcher emigrated to England at
the age of 14, and joined Middlesex
County in 1974. He made his Test
debut in the third Test against the
West Indies at Kensington Oval in 1981.
After 16 years as a professional cricketer,
he retired from the game in 1990 and
coached several teams including Tasmania.
In 2000, he applied for the position of Head Coach
of the West Indies’ team but Roger Harper was
appointed to the post instead. Four years later Butcher
was appointed to the position of Director of Sports at the
Cave Hill Campus of the University of the West Indies in
2004. He retired from the Campus last year.
Butcher is currently a Director of the Barbados Cricket
Association, the Chairman of the Sir Everton Weekes
Centre of Excellence, which is located at Kensington
Oval, a Barbados Selector and a Member of Cricket
West Indies’ Cricket Committee. A multi talented
sportsman, Butcher played semiprofessional
football for Stevenage and Biggleswade in
England. He recently authored a football
manual called” Achieving Excellence:
Caribbean Soccer Coaching Manual”.