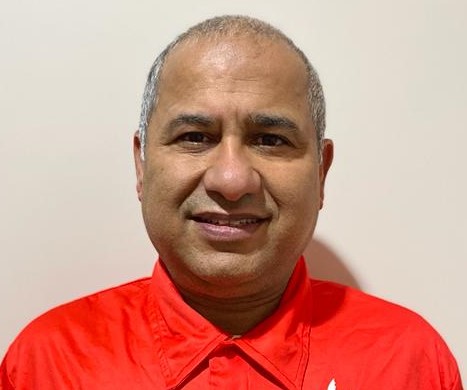 Canada’s 2022 U19 World Cup Squad To Be Accompanied By A Seasoned 5 Member Administrative Team!

Canada’s 15 Member Player Squad
to the Caribbean-hosted 2022 ICC
U19 World Cup will be accompanied
by a 5 member Administrative Team. The
respective member profiles for which are
as follows:

Anil Khanna – Manager
Anil Khanna has been involved in cricket
since his early childhood. Back home in
his native India, he played street cricket,
cricket in schools, in universities, and for
six years in the New Delhi District Cricket
League(DDCA).

Khanna moved to Canada in 1991, and
since then he has been an active member
of the BCMCL League. As a fairly good allrounder
(opening bat and off spin bowler),
who totally enjoys playing cricket, it has long
since become a part of his life that he is now
very passionate about.

In 2000, Khanna was elected into the
BCMCL Committee. Since then his
vision and mission has been to expand
and promote youth Cricket in the lower
Mainland. He’s arranged many junior events
such as: Six-a-Side, 20/20, All-stars juniors,
inter continental six-a-side, selections,
HP coaching camps, as well as several
tournaments such as those for the Jack
Kyle and Canada Cups. He has also been
providing coaching and training facilities in
BC since 1997, and have been running many
youth programs, and junior clubs.

Khanna was a Junior Coordinator 7-8 years for BCMCL then subsequently for
Cricket BC, duties which he now still performs for Cricket BC. Working closely
with schools, Surrey Junior League, Inter-Provincial Tournaments and events.
In 2010 Khanna decided to open his own cricket coaching schools now called the
Surrey Cricket Academy. This has given players a facility to enjoy cricket in all seasons.
Every day, he conducts indoor practices for juniors at Surrey Cricket Academy, and
outdoor practices every Saturday morning at Sullivan Heights.

Khanna currently manages two junior teams for U19 team in BCMCL, and two Kanga
U16/U13 teams in the Surrey Junior Cricket League. He also provides coaching and
training, indoor and outdoor in various programs. He still also actively plays for the
Master Blaster CC and is also the Club’s President.

Farouk Kirmani - Head Coach
Born in Pakistan, Farouk Kirmani started playing cricket with his brothers and cousins
from an early age. Pakistan’s National right-handed Test cricketers like Haroon
Rashid and Mansoor Akhtar left a significant impact on young Kirmani’s batting and
bowling styles. As a result, Kirmani turned out to be a right-handed batsman and a
right-arm off-spin bowler.

Farooq Kirmani made his international debut in
February 1972. In the first match that he played
for the Karachi Whites, he showed his mettle by
hitting a maiden half-century. In the next season,
this talented batsman scored 76, not out against the
Public Works Department. In May 1974, Kirmani
played for the Karachi Blues and later in the 1974–
75 season, he represented Sindh in the Pentangular
Trophy, Kirmani’s final Pakistan-based first-class
appearance was in January 1975, when he played a
game for Sindh B in the Quaid-i-Azam Trophy.

In 1975, Kirmani decided to immigrate to Canada with full support from his family
A few friends and well-wishers in Canada knew and believed in Kirmani’s potential.
With their help, Kirmani began playing for the National Sports Club. In 1979, he was
introduced by Shah Zafar, the current Vice President and Director of Ontario Highperformance
program and Camps, and to Austin Ward, the then Chairman of the
selection committee.

Those fortuitous introductions subsequently led to Kirmani playing three World
Cup matches for Canada. He scored 122 runs from his three innings in the 1982 ICC
trophy in England. He made his team’s highest score (107)in the tournament against
Kenya. In the 1986 ICC Championship, Kirmani scored 191 runs. In 1989, Kirmani
played a World Cup game at the Rogers Centre (formerly Skydome), an honor
bestowed for the first time on any Canadian player.

With his good performance at international cricket, responsibilities got expanded for
Kirmani. For the 1990 ICC Trophy, he was appointed Canada’s Captain, replacing
Clement Neblett. Kirmani has captained
Canada Senior Men’s team for 12 years.
Soon after officially retiring from his
active involvement in cricket, Kirmani
took up coaching. Since then he has
coached players worldwide from
Canada to South Africa (Head Coach
U-19 World Cup South Africa 2020) to
New Zealand(Head Coach U-19 World
Cup,2018).

Under Kirmani’s coaching, the Canadian
U15 Team earned two Championship
titles in 2008 and 2009. Kirmani also
coached the Ontario U18 squad that won
the Canada Cup Title 2012 in Vancouver.
He also coached Ontario’s U16 & U19.
With him as its Head Coach Ontario
won successive Canada Cup titles from
2012-16.

Surendra Seeraj – Assistant Coach
Surendra Seeraj is a member of Cricket
Canada’s National Selection Committee.
The Committee comprises of 5 national
selectors from different Provinces,
a Chairman and the National Team
Coach. Its role is to select players and
put together the best possible team for
both the Canadian Senior Men’s and U19
national teams.

Surendra is one of the very few from his
generation that’s a home grown Canadian
cricket product. He was born in Guelph,
Ontario and started playing cricket in
Toronto at the age of 12. He made the
Canadian National U19 team in 1991 as
a wicket-keeper/batsman and was also
given the honor of being the vice-captain.

As a member of Victoria Park CC in the
T&DCA from the early 90s, Surendra
went on to make the National Men’s Team
in 1994. His last stint on the National
team was in 2006 in the America’s Cup.

Surendra became a national selector in
June 2018 and is now loving the challenge
and cherishing the opportunity to be able
to give back to the sport that he loves.

Tejash Patel – Physio
Born and raised in Montreal, Tejash Patel
discovered cricket on TV at the age of 11
and instantly fell in love with it. Irfan Pathan
became his favorite player because he also
plays as a left arm swing bowler.

As a student Tejash loved learning about
the human body and as a player he also
wanted to discover ways to improve his
game. He pursued Athletic therapy since it
joins the best of both worlds.

Tejash began working in cricket with the
men’s Quebec team in 2019. This led
him to working with the Canadian team
in the Men’s U19 50 over World Cup in
South Africa as well as the ICC Women’s
T20 Americas Qualifiers in Mexico. He’s
excited to see the U19 display their skills
in the Caribbean.

Shah Zafar is an athlete, a cricketer,
a basketball referee, a cricket umpire and
a renowned sports administrator whose
experience spans over four long decades.

A migrant from Karachi, Pakistan, Zafar has
been a passionate cricket follower since his
college days. There have now been three
generations of Zafars who have been in
Canada since 1973. In the beginning, Zafar
played for the National Cricket Club in
Toronto District Cricket Association in
the second division till 1980. Eventually, his
ability to work hard and improve himself
made Zafar the President of the Hamilton
& District Cricket League, which he held
between 2011 and 2015.

Shah Zafar is also a Certified Coach
ICC Level 1and Certified Coach Cricket
Australia Level 2. Between 2015 and 2017,
Zafar also officiated as Team Manager for
Ontario U-16/U18. And in 2017& 2019,
Cricket Canada appointed Zafar as a
Program Manager for Canada U19 Team.
He performed as a Team statistician for
the Canadian U19 team at the 2020 World
Cup in South Africa.