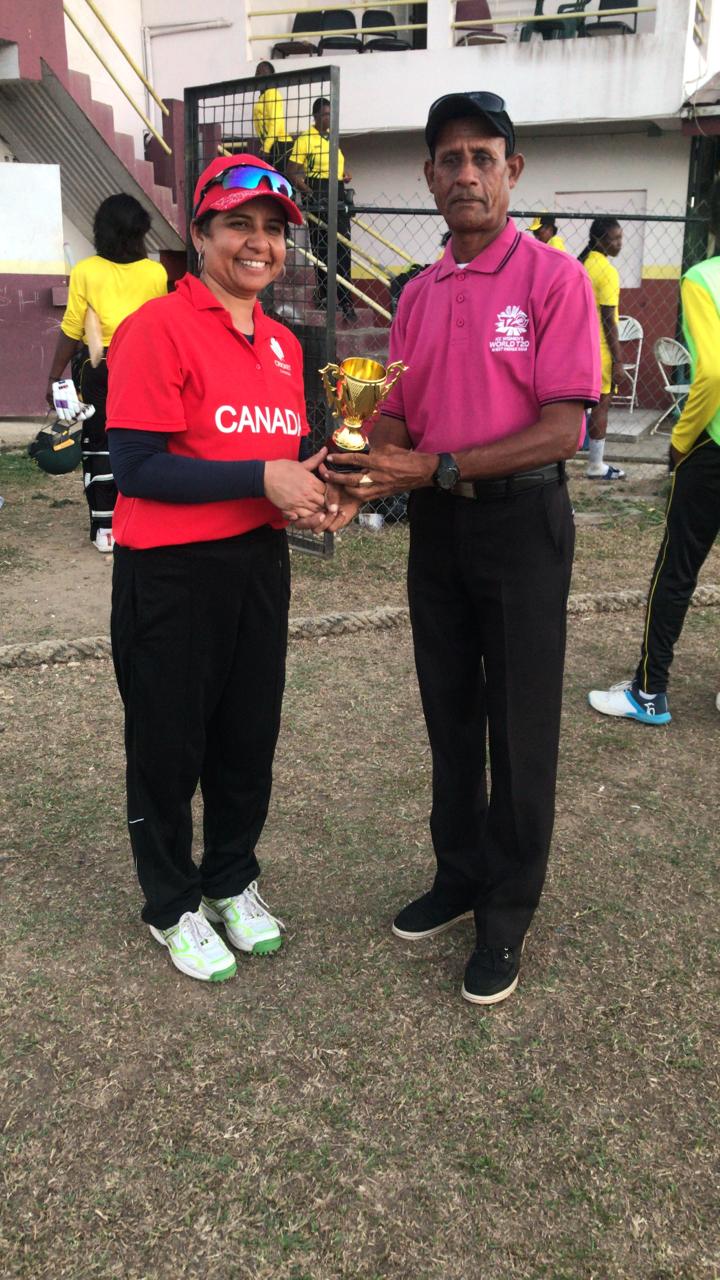 Playing as a Guest Team with no age restrictions, Canada’s Women cricketers had a comparatively decent showing during the recently concluded Cricket West Indies Trinidad & Tobago hosted Girls U19 T20 Championships. The Canadians won three of their six matches played, recording victories over Barbados and tawice against Jamaica. They however lost to Trinidad, the Windward and Guyana to finish fifth in the six team Tournament.

For the Canadians Sonali Vig, Kamna Michandani and Miryam Khokar were the outstanding players. Vig in particular was impressive with both bat and ball, scoring vital runs and taking wickets in all three of the Canadians’ victories.

Trinidad and Tobago who had displayed and maintained a very high level of cricket displayed throughout the competition, emerged Champions by defeating the Windward Islands by 7 wickets in the Final to lift the title.

T&T won the toss and elected to bat first. Qiana Joseph continued her fine form with the bat as she smashed an unbeaten 65 to lead her team to a respectable total of 117/8 from their 20 overs. Djenaba Joseph once again led TT with the ball, taking 3/18 followed by Alysha Gomez with 3/25.

Shania Abdool showed that she was not to be left out of the run fest, as she took TT to victory, scoring 59 not out, with her was Anjali Goordeen on 25 not out. As TT reached their target in 13.2 overs.

Trinidad and the Windwards had earlier qualified for the Final by virtue of their semi-final wins aganst Guyana and Barbados respectively. TT defeated the two-time defending champions Guyana by 9 runs, while the Windward Islands had an easier time dispatching Barbados by 26 in the second semifinal.

Tournament Director, Ann Browne-John who acted as a selector along with West Indies Women’s Assistant Coach, Gus Logie and CWI’s Development Officer, Steve Liburd, commented that the level of cricket played in this year’s tournament showed that girls cricket is improving throughout the Caribbean and this augurs well for the future crop of West Indies Women’s players.