With the 2020 cricket season fast approaching, the Canadian Cricket Umpires Association (CCUA) has sought to put its ‘house’  in order with the holding of the entity’s Annual General meeting and election of office-bearers on Saturday, February 22. The meeting, held at Concorde Gate, Toronto, saw popular businessman Albert Ramcharran and the entire executive body being retained which meant that Bisham Singh is still the Vice-President, Azad Khan – Secretary, Vish Jadunauth – Treasurer and Mathew Francis – Education Committee chairman.

The new post of Secretary/Treasurer went to Guyana Chronicle freelance reporter Frederick Halley.
Prior to the election of office-bearers, the members unanimously adopted a proposal to dissolve the
Scarborough Cricket Umpires Association (SCUA), thereby making the CCUA the governing body for
cricket in Scarborough. The proposal to merge the two bodies was initiated at last year’s Annual General
Meeting and met the approval of the majority of members.

The Guyana-born Ramcharran was also President of the SCUA) and is currently head of the Ontario
Softball Cricket League (OSCL). He has however made clear his intentions to vacate the latter post when the annual general meeting takes place on March 8.

In his report to members, Ramcharran stressed the importance of accountability, pointing out that “I am not prepared to serve in any association where accountability is not taken seriously.”
The meeting was also blessed with the presence of Vivian Johnson, Secretary of the West Indies Cricket Umpires Association (WICUA) who spoke about the proposed exchange programmes among member states. This programme, which will see qualified umpires being given the opportunity do mainly club matches out of Canada and their counterparts doing the same in Toronto, is slated to get underway during this season.

As part of its ongoing effort, the CCUA, which is affiliated to WICUA, will commence its annual seminars shortly. These seminars cater for aspiring umpires and those who are seeking to upgrade their skills.

Apart from Canada, other members of the WICUA are Barbados, Canada, Bermuda, Cayman Islands, Guyana, Jamaica, Leeward Islands, Trinidad & Tobago, United States and Windward Islands.
Among the aims and objectives of the CCUA are the following:

i) To promote and advance the status, role, authority and influence of cricket umpires and scorers individually and collectively throughout Canada at all levels.
ii) To promote high standards of umpiring and scoring nationally at all levels of the game through the promotion of formal training courses, qualifying examinations, assessment and development programmes and any other means approved by the Executive Committee;
(iii) To promote the high standards of umpire and scorer training, nationally at all levels of the game through the provision of Instructor Induction Courses and advanced Instructor and Examiner training, development and assessment programmes;
(iv) To advise, act on behalf of and generally support the interests of the Association’s members in matters of match appointments, contract negotiations, insurance claims, legal disputes, disciplinary and arbitration proceedings directly related to their cricket activities, provided that the Association is not brought into disrepute thereby;
(v) To develop, build upon and maintain close collaborative, working relationships with cricket governing bodies and other Umpire and Scorer Associations in Canada and overseas;
(vi) To encourage and assist in the formation of constituent branches and affiliated associations in Canada for the improvement of the game and the application of the Laws to further these aims and objectives. 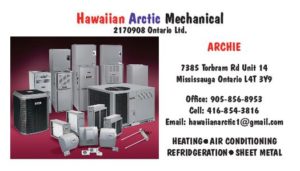